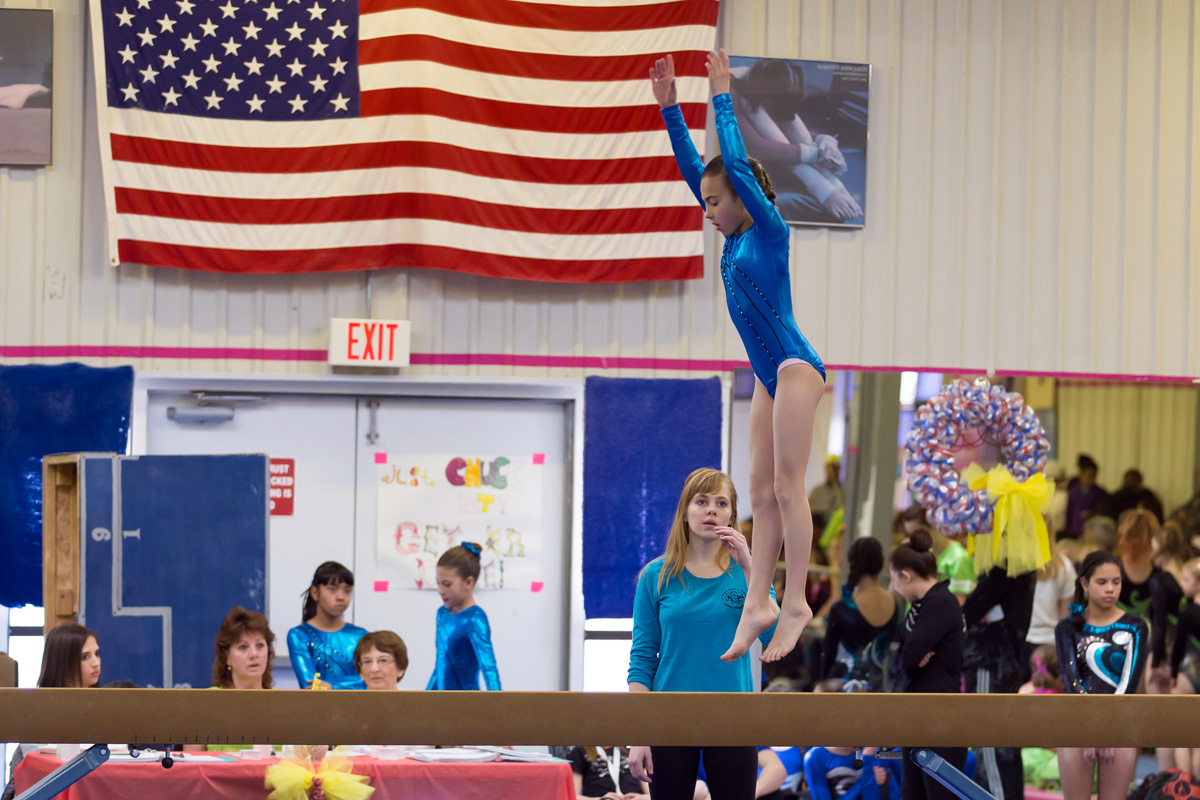 Elizabeth Chapman on a balance beam at the Level 3 State Meet. Photo by Josh Landon 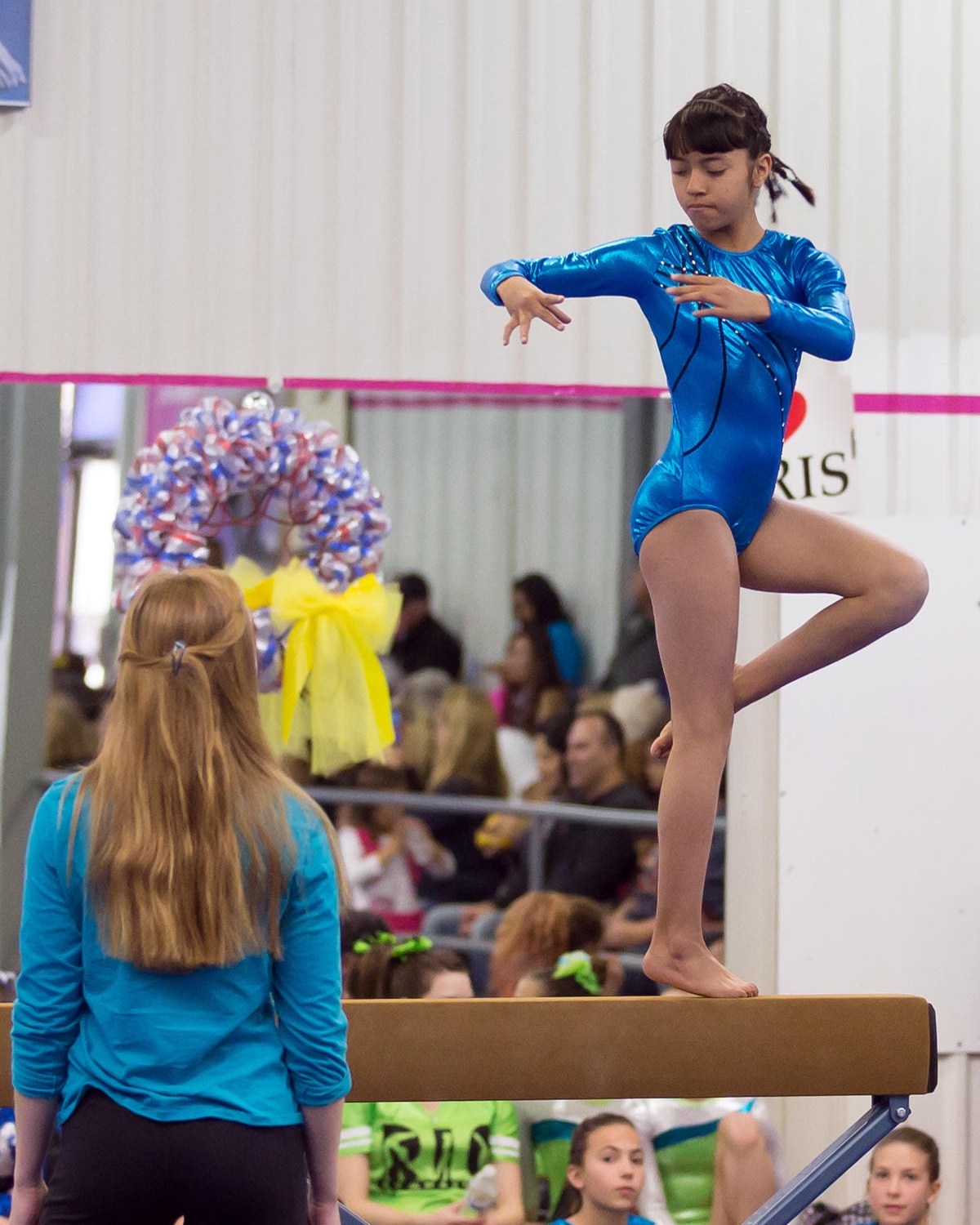 Colleen Gurule on the beam at the Level 3 State Meet. Photo by Josh Landon 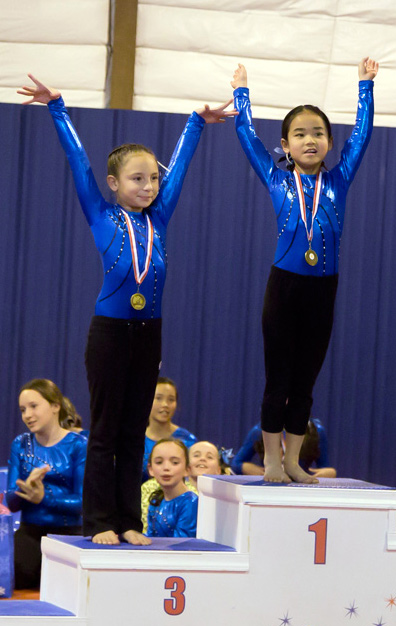 Three also scored over a 36 all-around. The team took nine event medals totaling two gold, two silver and five bronze. It was a great end to the Level 3 season!

In the senior division, Faith Koh placed sixth with 34.675 and Charolette Gonzales placed eighth with 32.25. Gonzales also received a bronze medal for her 8.75 beam routine.

In the New Mexico Xcel State Championships, Los Alamos Atomic Tumblers brought home six all-around medals, (a gold, four silver and a bronze), as well as 27 individual event medals (11 gold, six silver, and 10 bronze). As a team, they placed second in the state at the Bronze, Silver, and Gold levels, and third in the Platinum level.

Nyla Lee competed in the Silver child’s division and struck gold. Lee brought home four gold medals: one for a 36.65 all-around, one for a 9.20 vault, one for a 9.60 bar routine and one for a 9.10 beam routine.  Lee also received a bronze for her 8.75 floor exercise routine.

In the Gold senior division, Cherie McCreary was seventh.

In the Platinum child division, Anna Clark won silver in the all-around with 35.80. She also won gold on floor with 9.10, silver on vault with 9.20 and bronze on beam with 8.70. Elyse Phillips also competed in this division. Phillips took gold on beam with 9.00.

In the Platinum senior division, Ramya Stevens took bronze on floor with 8.80.

In the Bronze child division, Andrea Chapman took silver on vault with 8.80.

In the Bronze senior division, Hannah Mullen took silver on bars with 9.10 and fourth all-around with 34.60. Sarah Hutchens was sixth all-around.