Asterman’s Movie Reviews for The Master and Argo

The Deal Down Movie Review
By Rick Asterman: I am not affiliated with the Reel Deal Theater, or any other financial entity. My mission is to provide concise, honest reviews of movies playing at the Los Alamos Reel Deal Theater, plus parental advisement on the films content and advise on which interested parties you should or shouldn’t take with you to the movie. Scores for the films will be either +1, 0, or –1. By spring, when the year’s award ceremonies start up, I’ll analyze this year’s movies in greater detail, and give a special score of +2 or –2. There is no limit to the number of films from the year that can receive a +2 or –2 score, or need to give any film from the year those scores, even if said film’s the best or worst shown at Reel Deal that year. 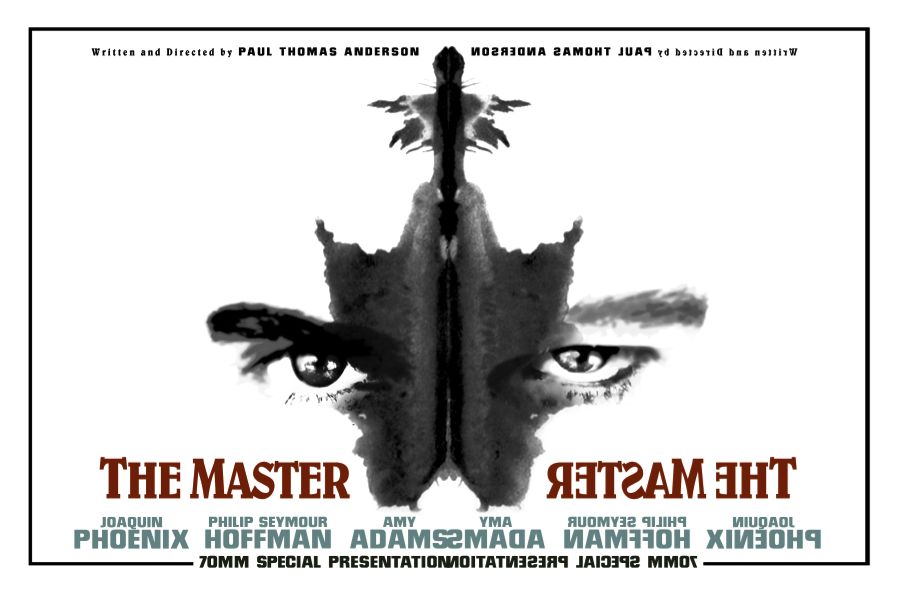 Review of The Master
Score:  +1
Advisory – The film is obviously not appropriate for children due to length alone. Sexual content of the hilarious, depressing, and disturbing variety occurs throughout the film. The movie is rated “R.”
The year is 1945, and Freddie Quell (Joaquin Phoenix) has almost as many mental problems as the actor playing him. After his discharge from the Pacific Theater, he passes the next five years working as a photographer, picking cabbages, drinking paint thinner, getting into fistfights with his customers, and accidentally poisoning an old man.
That last episode gets Freddie chased out of San Francisco, which he escapes as a stowaway on the ship of Lancaster Dodd (Phillip Seymour Hoffman), charismatic cult leader of “The Cause.”
Dodd claims to have total clarity of the past billions and trillions “with a T” years of his spirits past lives, knowledge of every area of science, politics, literature, war, and philosophy, and the total freedom from every negative emotion one can experience.
It’s obvious Dodd’s little more than a fantastic liar and a drunk, making it equally brilliant how well P.T. Anderson’s script convinces you why so many stay with him. Some like Dodd’s wife Peggy (Amy Adams) are fundamentalists, far crazier than Dodd himself. Some are cynical frauds just waiting to see how they can profit off the newly budding cult (Jesse Plemons.)
Some (Laura Dern) are decent, normal folk just out looking for help and to help others. Freddie Quell is just looking for anything to make his life less miserable, and every choice he makes either brings him closer to “The Cause” and their rotten practices, or further from Dodd, the one person he can call a friend.
As has already been made clear by the press for this film, and the distinguished careers of P.T. Anderson, P.S. Hoffman, and Joaquin Phoenix, The Master is superbly acted, beautifully choreographed, and has a fantastic soundtrack of licensed 1950s music featuring Irving Berlin, Ella Fitzgerald, and Duke Ellington compositions, on top of original soundtrack music composed by Radiohead guitarist Johnny Greenwood.
The only sad part of The Master’s craftsmanship is that everything’s so well built most who watch it will never appreciate everything it builds perfectly even after a dozen viewings.
Some have griped about The Master being a story about Joaquin Phoenix instead of focusing more on the cult, but as Dodd’s son Val observed “he’s making this up as he goes along.” It makes no difference if its tales of evil scientists, aliens, or time holes, the endgames of the world’s cult leaders are identical.
Joaquin Phoenix is the best human being today who could take the part of Freddie Quell, having suffered horribly in the Children of God cult as a child, and possessing a method acting devotion so severe he spent years growing out his hair and faking a rap career for a mockumentary no one saw. It’s fantastic to see Phoenix harness his gifts usefully again.
Sadly, The Master possesses a disappointing ending. It’s vague, it’s inconclusive, and for some, even disappointing. Fortunately, the ending’s no-sequel hook fits the spirit of the story.

Review of Argo
Score:+1
Advisory – Despite the R rating from the MPAA, Argo has less graphic violence than the Christopher Nolan Batman movies, and no nudity, though there are revealingly dressed women. Argo likely received an R rating due to multiple uses of the F-word, which can only be used once in a PG-13 movie. Anyone who can see the Nolan Batman movies or the last two Harry Potter films is fine for Argo.
It’s hard to name an actor who’s turned their career around more than Ben Affleck. While always a respected writer and director, attaching his name to The Sum of All Fears, Surviving Christmas, Daredevil, Jersey Girl, Paycheck, and Gigli quickly eliminated the good will Affleck generated from Mallrats, Chasing Amy, and Good Will Hunting.
Affleck just did what every reviled actor over the years should do in his place. He kept low-profile and kept working to prevent rust, and made sure his future high profile projects were worthwhile. As of 2012, his reward is Argo.
The year was 1979, the same year Iran went from bilingual schools, unveiled women, and porn in every other movie theater to National Socialism. The U.S.’s backing of the Shah won us so many friends among the Revolution that our Iranian Embassy was overrun, taking dozens of hostages, while six manage to hide out in the Canadian Embassy.
Since the best plans the CIA cook up involve having the diplomats cross 300 miles on bikes through mountains in the winter, only CIA agent Tony Mendez (Affleck) can save the six.
By contacting Planet of the Apes make-up artist John Chambers (John Goodman) and ancient producer Lester Siegel (Alan Arkin), Mendez seeks to enter Iran as a Canadian film scout while the six Americans pose as his crew and his supervisor Jack O’Donnell (Bryan Cranston), and Canadian ambassador Ken Taylor (Victor Garber) smooth his passage.
The story’s so outrageous it could only be true, and with nuclear weapons and the 9/11 anniversary attacks, the Iranian Hostage Crisis holds more potency in the American mind than ever before.
Largely thanks to a great cast and the insane circumstances, the film always keeps a sense of humor, and Affleck’s shots of Tehran so perfectly capture the fabric of the geography and hostility of the Ayatollah’s prison, it’s easy to forget actually shooting this film in Tehran would’ve gotten Affleck executed.
Which to see this week? I lean towards Argo.
Argo is not as rich as The Master. The actors are great, but even Bryan Cranston can’t surpass Hoffman or Phoenix. Affleck’s a great director, but P.T. Anderson’s a wunderkind. And the original music of Alexandre Desplat and a great selection of Carter era hits, while not surpassing The Master’s music, certainly live up to its standard.
But Argo feels more necessary with the Mid-East situation of the day hitting so close to the Mid-East situation of the Carter years. The ending also feels just as fitting as The Master with a greater sense of continuity.
Menu
LOS ALAMOS