Ashley Pond And His Profound Effect On Our Destiny 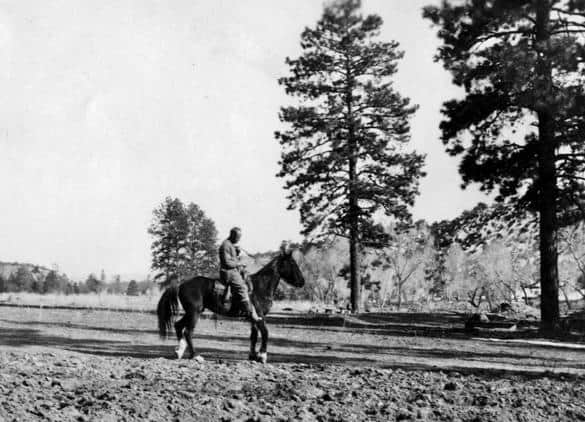 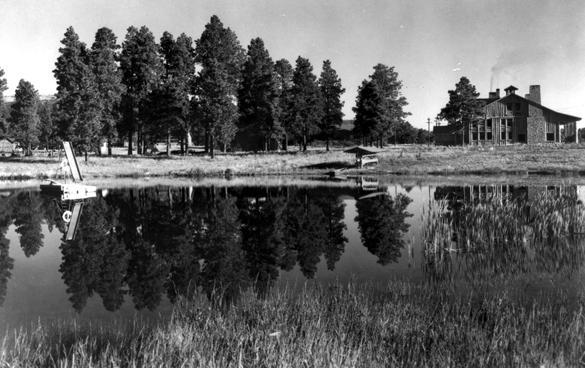 On Friday evenings this spring, people have gathered at Ashley Pond to sit on the grass and enjoy the concerts. I wonder how many of those people listening to the music and occasionally looking out over the pond know the history related to that small body of water. Many of them understand that it is named for Ashley Pond, the founder of the Los Alamos Ranch School, but who was this man and how did his life influence ours?

His name was actually Ashley Pond Jr., and he was born in 1872 into a well-to-do family in Detroit, Michigan. Ashley Pond Sr. was a highly respected attorney who, at one time, was considered for the United States Supreme Court. His son, however, was drawn to the outdoor life rather than following in his father’s steps. Young Ashley’s fondest memories were of summers spent at a family retreat at the Huron Mountain Club in upper Michigan.

Ashley’s early education was often interrupted by respiratory illness, but he eventually attended Yale. However, in 1898, Ashley pulled away from the life he had known with his demanding father to join Teddy Roosevelt’s Rough Riders during the Spanish-American War.

Unfortunately, he contracted typhoid fever and was sent home before charging with his comrades up San Juan Hill. Ashley Sr. arranged for his son to recuperate on a ranch in the mountains west of Raton, New Mexico, and that experience became a turning point in Ashley’s life.

After two years, Ashley Pond was a believer in the recuperative value of clean mountain air and the hard work of ranching. Thinking back to all the school days he had missed while living in industrial Detroit, he decided to create a ranch school for young boys who were ailing as he had in his younger years. He bought ranch land east of Watrous, NM, and added adobe buildings on either side of an existing brick ranch house where his family would live. By then, Ashley had married, and the couple had a 10-month-old daughter. In the autumn of 1904, Ashley’s school was only days away from opening when all his plans and hard work were washed away in the Great Flood of 1904. He and his young family were lucky to survive as the waters swept across their land, leaving his brick house and a barn on higher ground but erasing the just-finished adobe school buildings.

Disillusioned, Ashley returned to Detroit with his wife and child and took a position offered by a childhood friend who had become successful in the fledgling automobile industry. Two more Pond children were born during those years, another girl and a boy, Ashley Pond III.

Despite a beautiful home on a lake and a good job, memories of the West were still strong, and when Ashley Sr. died in 1910, Ashley brought his family back to New Mexico where he could be, as his daughter Peggy called him, a “free spirit.”

In 1914, Ashley partnered with four of his Detroit friends to buy the Ramon Vigil Land Grant and created the Pajarito Club, a hunting and fishing destination in Pajarito Canyon. When that venture failed two years later, he bought a half interest in a homestead owned by Harold Brook on the Pajarito Plateau. Within a few months he had bought out Brook and returned to his dream of creating a ranch school for boys. In that second attempt, he succeeded. The Los Alamos Ranch School opened in 1917.

The following year, Ashley Pond, the free spirit, turned over the school to director A. J. Connell and was off to Europe to serve with the Red Cross in the last months of World War I. He had moved his family to a home on East Palace Avenue in Santa Fe, and he eventually returned there to live out his days.

So, to finish the story, we return to those people enjoying the concert at the pond. They may have Ashley Pond Jr. to thank for that evening in this incredible place we call home. The existing ranch school buildings were important in the decision to locate Project Y of the Manhattan Project on this plateau. The log and stone buildings made it easier to bring in the first scientists and personnel and get the operation up and running. If those building hadn’t been here, it’s likely that Project Y would have been located elsewhere. Just some food for thought!