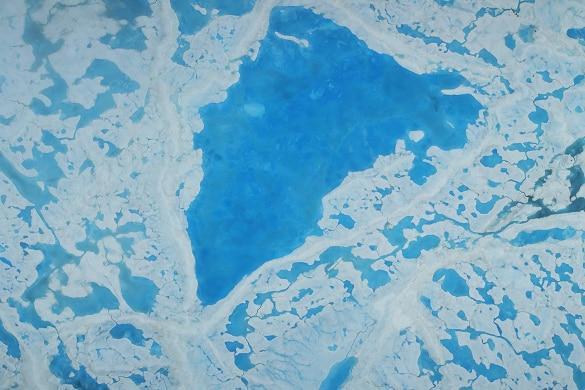 A large pool of meltwater over sea ice in the Beaufort Sea. Courtesy NASA/Operation IceBridge