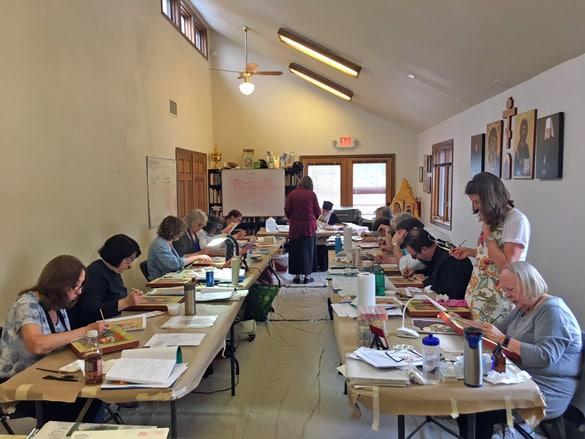 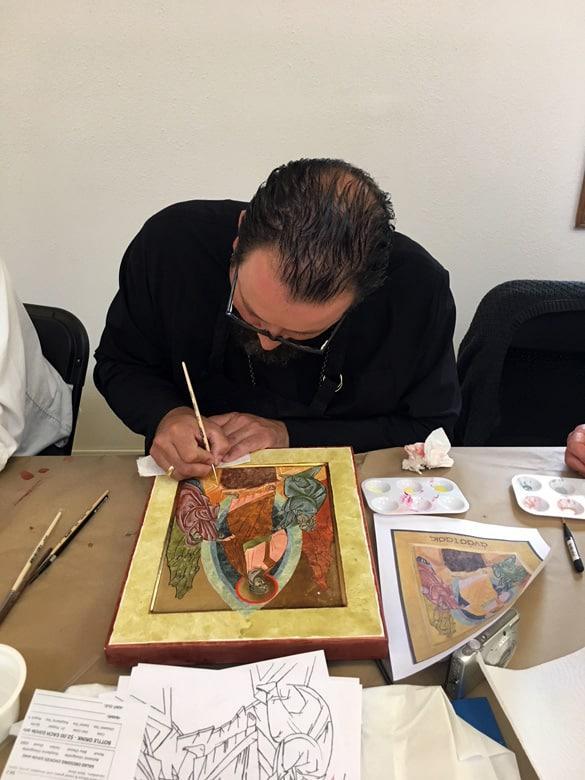 Iconography is one of the defining and unique characteristics of the Orthodox Faith. It is also a visual way of entrance into the worship of the Church and a didactic tool. Therefore, it is of the utmost importance to raise up properly trained iconographers and to disseminate the method to as many as can undertake it.

It is in that spirit that Saint Job of Pochaiv Orthodox Church, here in Los Alamos sponsored its annual week-long iconography workshop last week.

During the workshop, each student was greeted by a pure-white icon board, the white of which represents the un-created light of God. The kovcheg, or indentation that will receive the icon, represents both the Ark of the Covenant, the place where God dwelled with the Hebrews, and the ark which is the Church, where God continues to dwell with His people.

During the workshop, 14 students were taught iconography and inconology in the Prosopon method, by master iconographer, priest, and monk, Father Mefodii.

Over the course of the week, they gilded the halo, sanded and burnished for hours to achieve the correct mirror-like surface; then laid down the dark and muddy roskrish, which is the first layer of color and represents the primordial chaos over which the Spirit of God moved in Genesis; then added layer after layer of highlights, the bright spots, and floats, the translucent washes which cover most of the icon.

Finally, on the last day, they placed the final, life-giving highlights, the staff and orb, and the final white line around the halo, which represents the white of the gesso of the next icon they will undertake, and thus the willingness of the iconographer to continue learning.

There are fully 21 steps in creating this kind of icon. The final step will occur for each of these icons in a few weeks when they are completely dry. At that point they are covered in linseed oil, an operation which mimics chrismation, a sacrament which all Orthodox Christians undergo. After the sealing, the icons may be blessed by a priest or placed on the altar of the church for a liturgy or for 40 days, depending on the local tradition.

It is a great and deep tradition of the Church, which is a blessing to participate in. 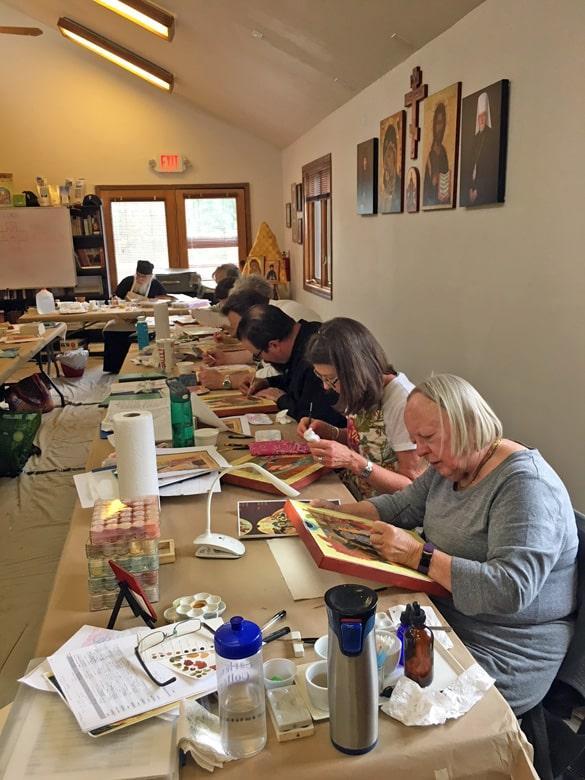