Angela Sanchez-Pope Ensures No One Is Forgotten 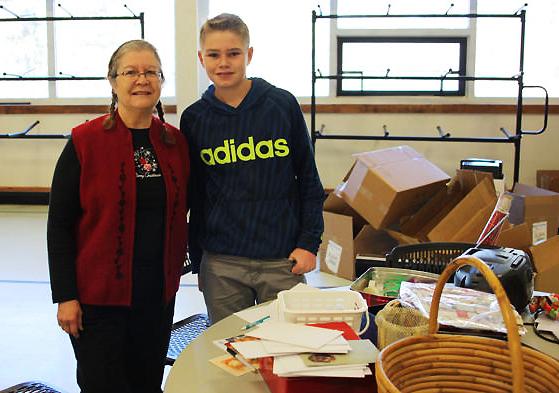 Angela Sanchez-Pope and student helper Kyle Jerkets get presents wrapped Sunday afternoon at the IHM. The presents were delivered to Sombrillo Nursing Home and the New Mexico State Hospital in Las Vegas and given to individuals who don’t have family around for the holidays. Photo by Kirsten Laskey/ladailypost.com 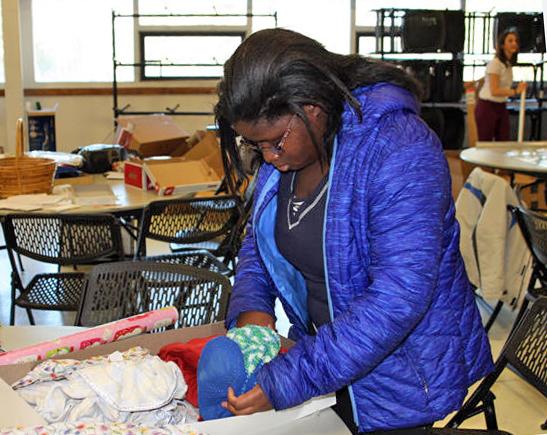 Nina Nzekwe gets a gift ready for wrapping. Photo by Kirsten Laskey/ladailypost.com

No one deserves to be forgotten during the holiday season. However, for a variety of reasons, some individuals in assisted living facilities, hospitals or rehab centers fall through cracks during the celebrations and seasonal gift giving.

It’s a sad fact, but for the past 10 years Los Alamos resident Angela Sanchez-Pope has worked to improve the situation and ensure overlooked individuals receive their share of holiday spirit and festivities.

This year, she traveled Tuesday to the New Mexico State Hospital in Las Vegas, as well as to Sombrillo Nursing Home in Los Alamos to bring gifts and cheer to 50 individuals. Sanchez-Pope said she does have help in this endeavor. Each year, high school students gather at Immaculate Heart of Mary Church to help her wrap presents, bundle up gift baskets and write messages on holiday cards.

The holiday season may only come once a year but Sanchez Pope works on collecting gift items all year long. She acquires numerous toiletries, stuffed animal toys, coffee mugs, teas, hot chocolate mixes, warm clothing and other items to distribute.

The whole idea of delivering holiday cheer to those in need started when Sanchez-Pope visited her mother at an assisted living facility. A woman arrived at the facility and Sanchez-Pope’s mother instructed her daughter to go into her closet and get the woman something to make her feel better.  Sanchez-Pope said the incident inspired her to do more so those without family “don’t feel they’ve been abandoned.”

“I just decided this would be a good tribute to my mother,” she said.

Sanchez-Pope said she either contacts the organizations or organizations reach out to her. It is a lot of work. Sanchez-Pope shifts through shelves and racks at thrift stores as well as retail stores to find good quality items for recipients. Plus, she special orders gift boxes to put the items in. Then, all the gifts need to be loaded up into a van and delivered.

Her favorite part is working with the teens to wrap the presents. She explained the young helpers form an assembly line, each person doing a specific task, until the job is done.

“I’m so impressed (with them),” Sanchez-Pope said. “Half of them thank me.”

There are a lot of emotional moments, too. Sanchez-Pope remembered one year an elderly man read a holiday card she had given him, and thinking it was from his son, began to cry.

Sanchez said the man told her, “I thought he had forgotten me.”

Sanchez-Pope said it is this type of moment that pushes her to continue the service. Besides, she joked, her grown children only want red and green chile for Christmas. As a result, “I’ll do something real for my Christmas,” she said.

And that real thing is to assure people they are not alone. 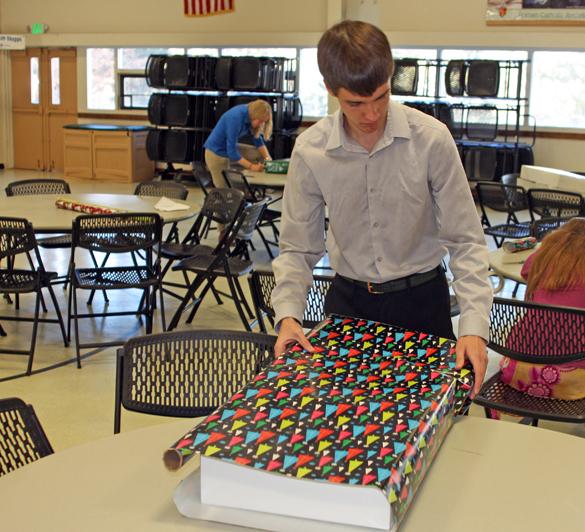 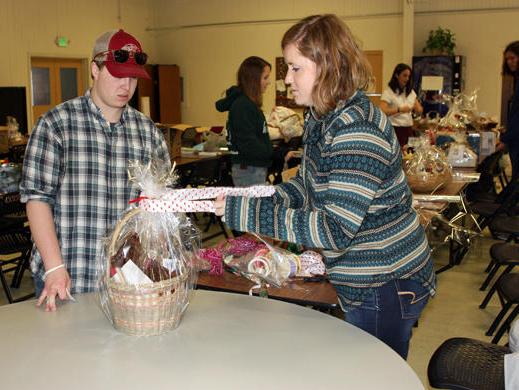