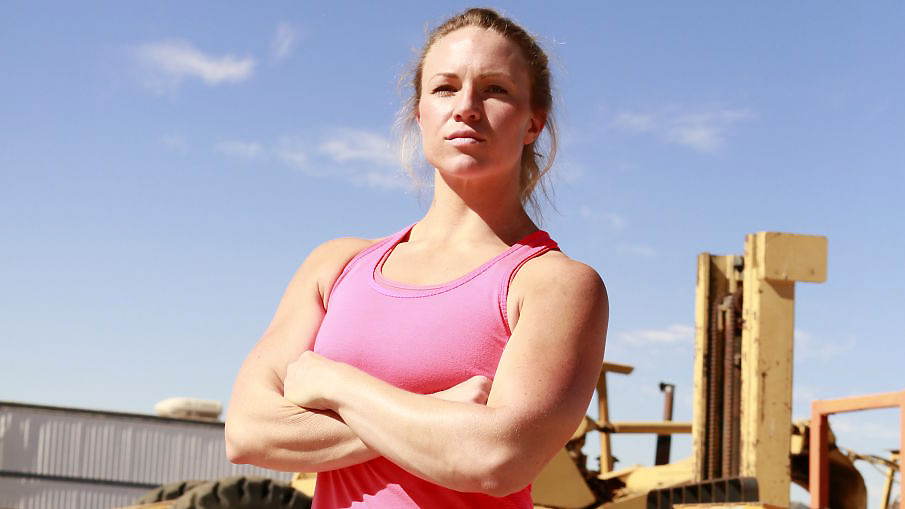 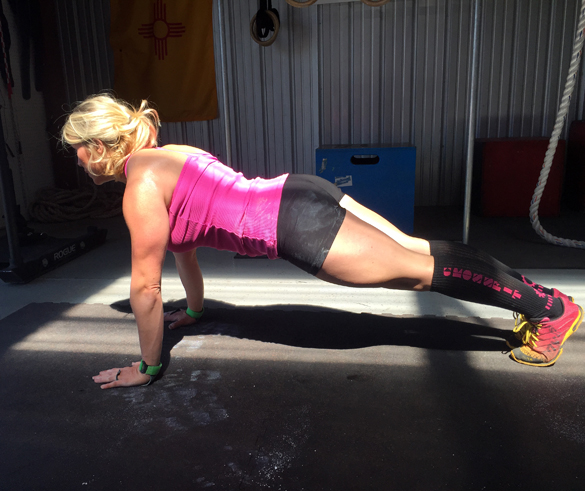 Spears, 29, explained that she has loved the show since the first season.

“It is so up my alley; the wrestling, the fitness aspect, the competitive element, all of it,” Spears said. “I applied late one night thinking I’d likely never hear anything back but got a call a few months later. After going through a lengthy interview process with production, I ultimately was picked and flew out to Los Angeles in July for the filming.”

Spears said it was one of the “craziest” experiences she has ever had. Picked up at the airport and carted off in a van filled with other female competitors that Spears said were elite athletes handpicked from all over the country. During the ride, the women were not allowed to speak or interact with each other, she said, which made the atmosphere in the van quite awkward and tense.

“These were some of the fittest looking women I had ever seen in my life … their muscles had muscles on top of their muscles so it was a little bit intimidating to say the least,” Spears said.

Spears grew up in Los Alamos and graduated from Los Alamos High School in 2004. She attended New Mexico State University and graduated with Bachelor’s degrees in Political Science/Pre-Law and Communications. She married Dusty Spears shortly after college and moved to Oregon where Dusty was stationed in the United States Coast Guard. He has served 10 years conducting search and rescue operations for the military on the Northern Pacific Coast.

“This last year we decided to get out of the military and move back to Los Alamos so that we could be closer to family, good schools, ample hunting, the mountains, etc.,” Spears said.

Spears is now employed as a paralegal at Los Alamos National Laboratory and her husband is hoping to get on with the lab soon, she said.

Spears described her fitness background, which began with wrestling when she was in the 6th grade. She continued wrestling through her senior year of high school and was a two-time All-American female wrestler, placing 9th in 2002 and 4th in 2003 in the nation.

“In college I was a self-professed gym rat and spent a lot of my time lifting weights,” Spears said. “Health and fitness has always been a big passion of mine, and that passion continues to grow as I get older and amazingly am able to continually get stronger and faster.”

Spears discovered CrossFit in 2013, just a few months after having her youngest daughter and said she was instantly hooked. The CrossFit of Los Alamos facility is at 278-A DP Road.

“I have always been strong and athletic so CrossFit provided the perfect outlet for me to hone in on my physical skill-sets,” she said. “I have gone full-bore ahead with my fitness since finding CrossFit. I train 5-6 times a week, focusing on Olympic lifting, power lifting and metabolic conditioning. I have competed in several CrossFit Competitions in the last year and just this past September competed in my first Strongman Competition. My ultimate goal is to qualify for Regionals.”

Spears has two daughters, ages 2 and 3. When she is not taking care of her kids, she is at the CrossFit gym dead lifting 320 pounds and squatting 265 pounds.

“I would do it again a hundred times over,” she said. “Since filming, I have become great friends with the girls that I competed with; I talk to several of them daily. I am totally proud to have been put in the same pool as these athletes. Meeting Stone Cold Steve Austin was very cool … he is as nice a guy as they come!”

Whoever wins the Broken Skull Challenge earns a chance to win $10,000 by taking on Steve Austin’s even more difficult personal obstacle course – the Skullbuster. 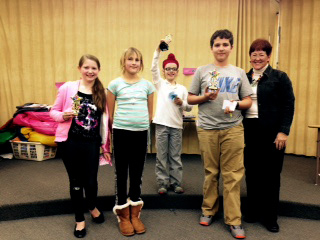 Amy Spears of Los Alamos works out 5-6 times a week at the CrossFit of Los Alamos  facility, at 278-A DP Road, where she dead lifts 320 pounds and squats 265 pounds. Courtesy photo