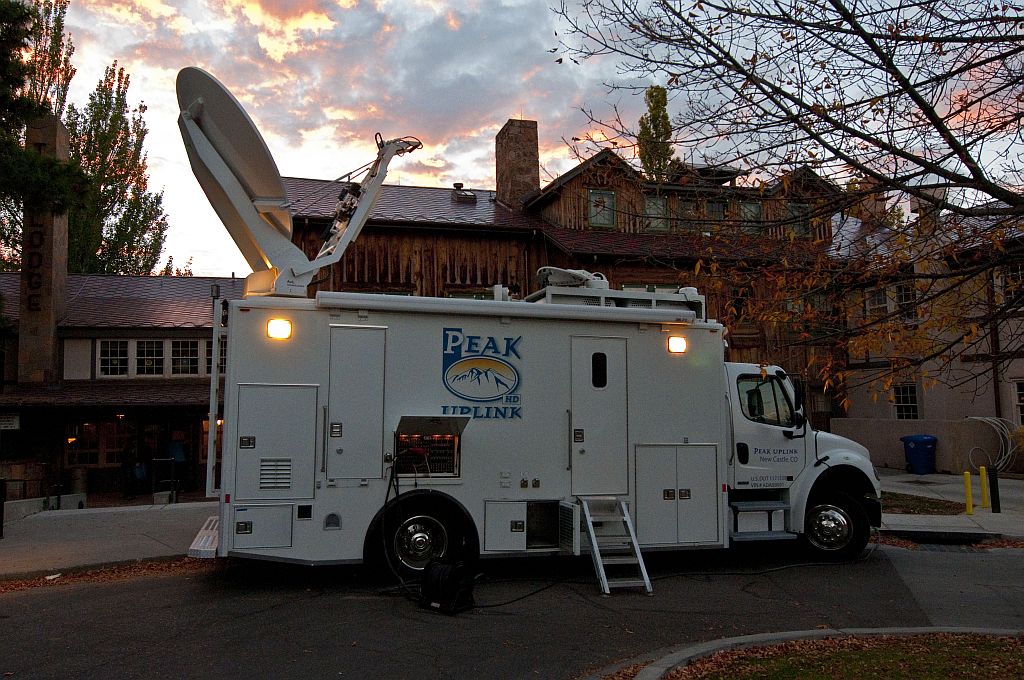 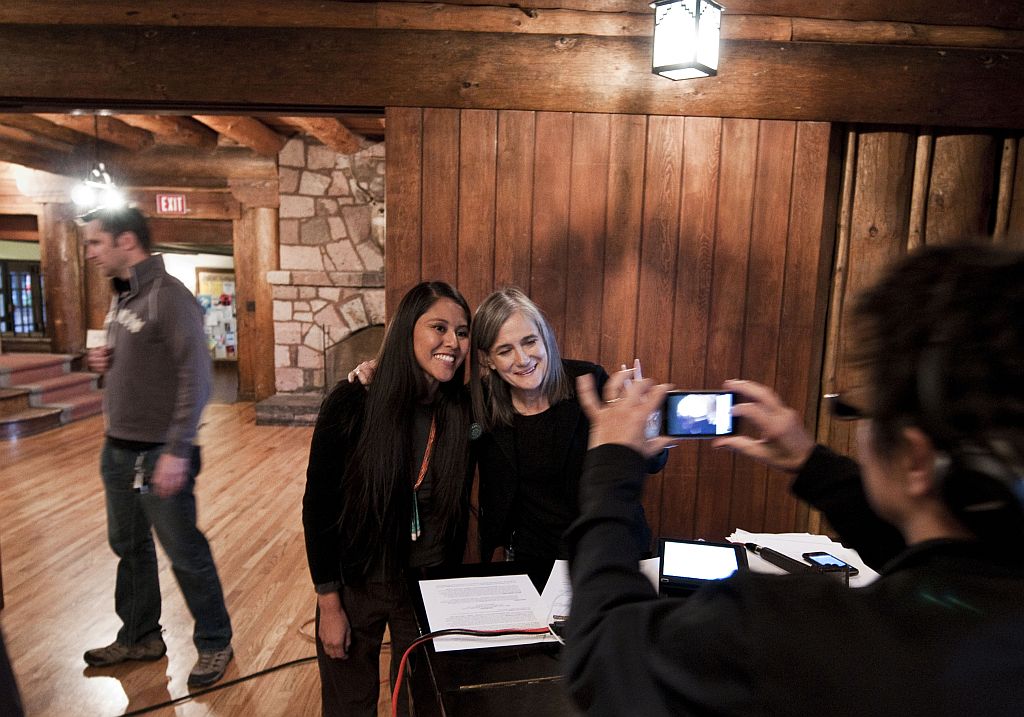 From left, Leona Morgan of Eastern Navajo Diné Against Uranium Mining, a group dedicated to protecting the water, air, land and health of communities in areas impacted by uranium mines, poses for a photo this morning at Fuller Lodge with Amy Goodman, host of the “Democracy Now!” TV program. Photo by Greg Kendall/ladailypost.com 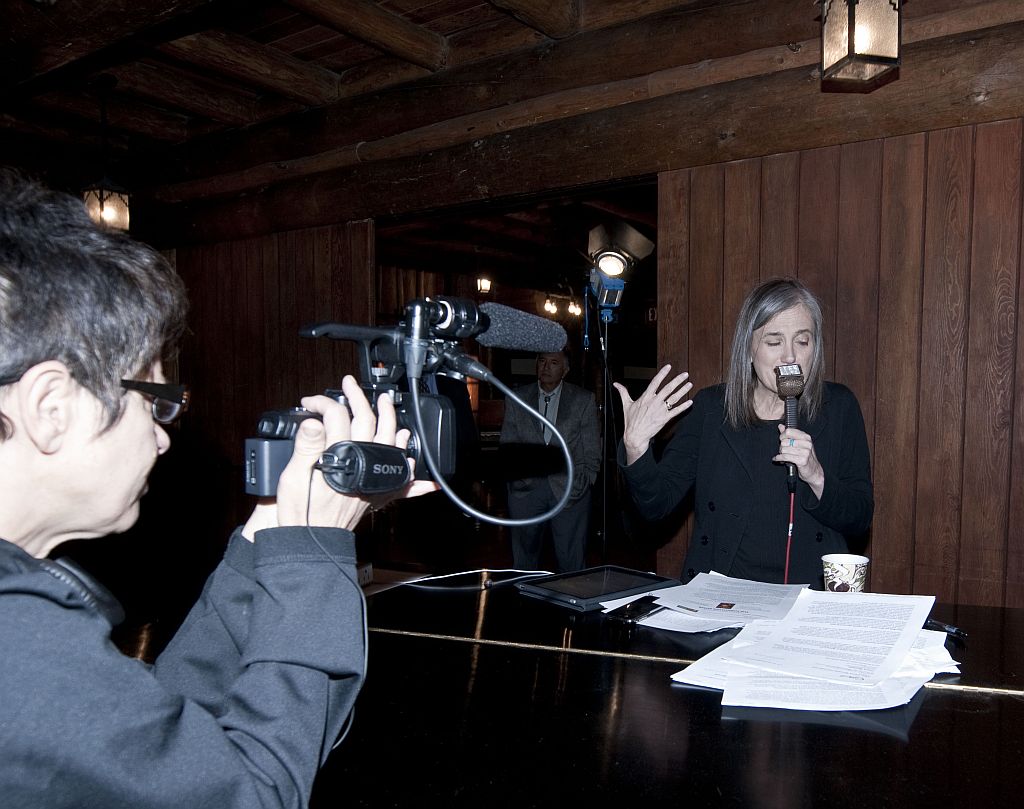 Amy Goodman, host of the TV program “Democracy Now!” on the air this morning in Los Alamos in a fundraising campaign with an NPR station in Los Angeles. Photo by Greg Kendall/ladailypost.com

Today’s stop is Los Alamos where the program broadcast live at 6 a.m. across the world via a satellite truck parked in front of historic Fuller Lodge.

Goodman spoke later in the day to a sold out audience at Fuller Lodge about her tense and many times dangerous career as an Investigative Journalist around the world. The talk was a fundraiser for Los Alamos Public Access Channel 8  (PAC 8.)

Goodman told the Los Alamos Daily Post that, “Jean [Gindreau, Executive Director of PAC 8] has been a great host.  I’ve really enjoyed my visit to Los Alamos and it’s not over yet,” pointing to the long line of fan’s ready to buy her new book.  The line stretched out the door at Fuller Lodge.

For many years, she has hosted the independent global news program Democracy Now!, broadcast daily on radio, television and the Internet.

To watch this morning’s broadcast from Fuller Lodge, click HERE. 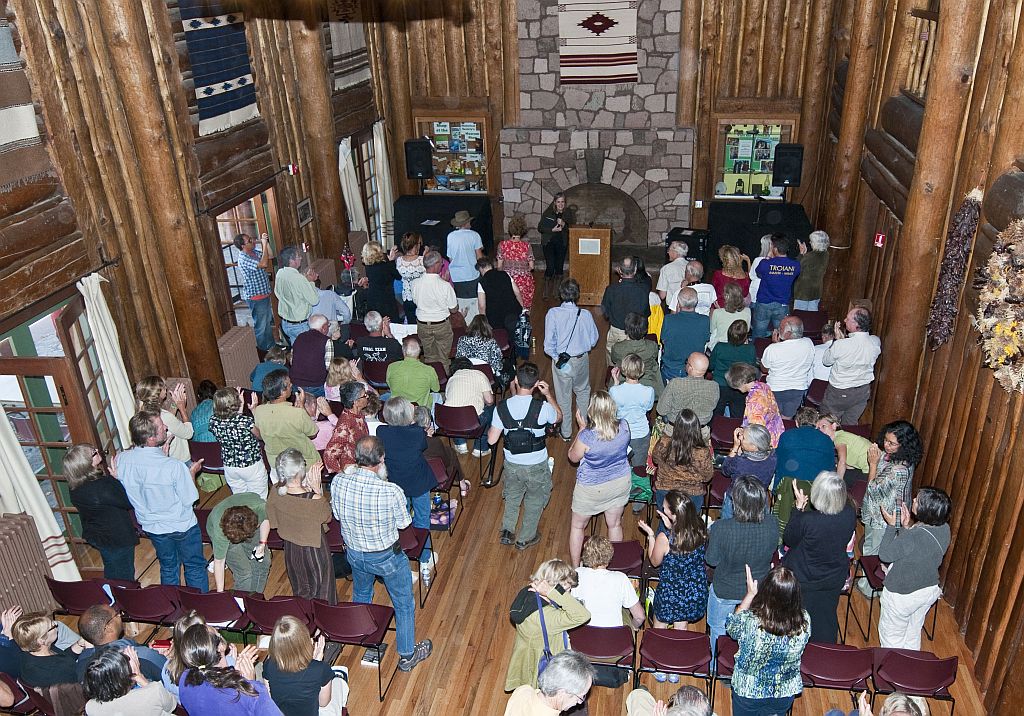 Fuller Lodge was sold out for Goodman’s talk. Goodman received a standing ovation from the crowd after telling the audience of her tense and many times dangerous moments as an Investigative Reporter in such places as East Timor and at the Republican Convention in Minnesota.  Photo by Greg Kendall/ladailypost.com 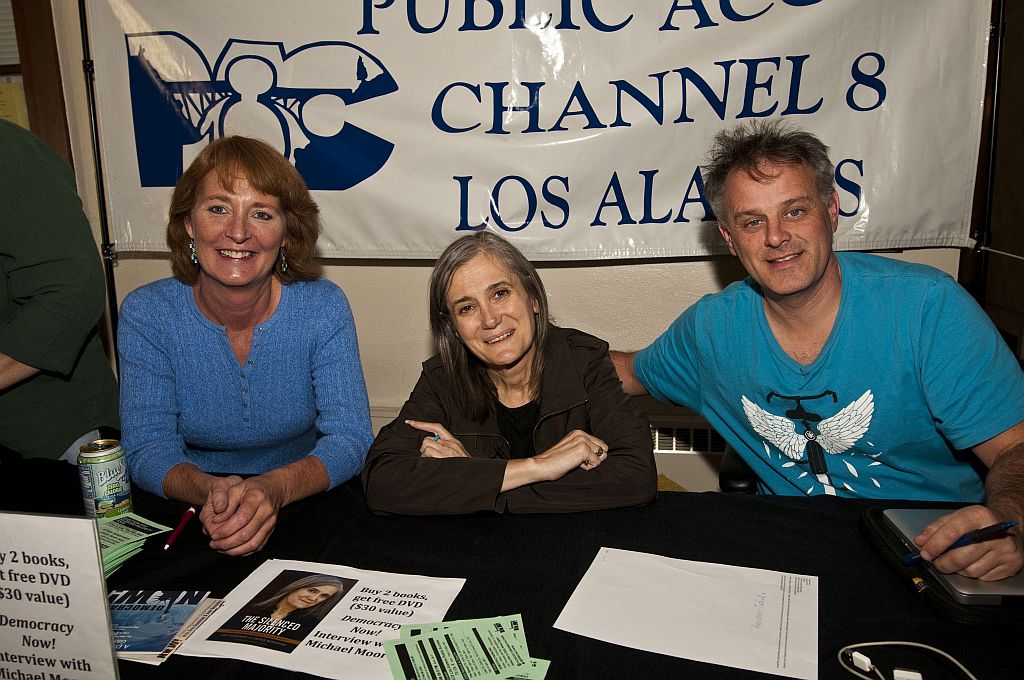