Earthworms just do not get much respect. At worst, one reaction on seeing an earthworm is, “Ugh, they are slimy, squirmy and icky.” Another reaction is, “Go use them for fish bait.”

Often they fall into the category of “out of sight, out of mind.” However ponderosa trees and fungi growing in the soil around the trees benefit from a close association with them.

Earthworms can be considered to be the plumbers, cleaner-uppers, and tillers of the soil of the forest floor upon which both the trees and fungi depend. A newly hatched earthworm is very small in size, about a 0.04 inch long. The typical adult earthworm is about fourteen inches long and about a 1/4 inch in diameter. The size of the tunnel made by earthworms is based on their diameter. 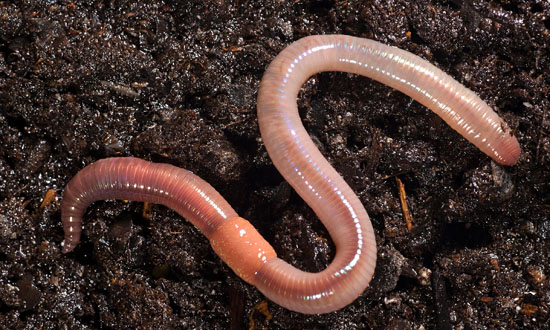 The number of earthworms in an acre of soil was estimated by Charles Darwin to be 53,767 per acre. Other estimates have been 1,750,000 per acre. This is proportionally equal to 11 to 362 worms tunneling below one square yard of surface area. The high number is an estimate for soil providing very good living conditions.

If earthworms burrow one inch per day, then 11 worms will create 11 inches of tunnels in a day or 335 feet in a year. This is for the soil below one square yard. The high estimate for 362 earthworms means that they will create 2.1 miles of tunnels during a year below one square yard. These tunnels provide passageways for air and water to enter the soil.

Most of the tunnels collapse or become filled with sediment during a year. Earthworms therefore can be considered to be tillers of the soil as much as tunnelers. A phenomenal length of tillage results if considered in terms of an acre. There are 4,840 square yards in an acre. This results in 307 miles of tillage tunnels for 53,000 earthworms per acre or 10,093 miles for 1,750,000 earthworms.

Earthworms process plant matter, bacteria, algae and other single-cell organisms through their digestive system. The resulting casts – earthworm poop — make the soil better for plant and fungal growth. The cumulative weight of the casts over a year is remarkable. A typical weight for an earthworm is six grams. There is a wide variety of estimates of how much an earthworm may eat each day. A low end estimate is 1/6 of their body weight, or one gram per day. This is the equivalent of 9 pounds per year for 11 earthworms in a square yard. Alternatively it is 291 pounds per square yard per year for 362 earthworms. Like the length of underground plumbing, this becomes a phenomenal amount of weight if also considered in terms of an acre over a year – 21 to 704 tons. 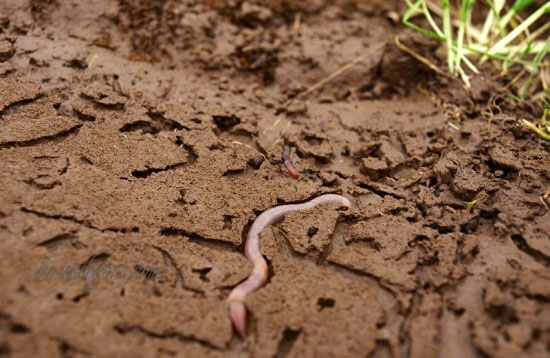 An earthworm and its tunnels. Courtesy photo

The natural world is not always in a state of competition for the survival of the fittest. Mutually beneficial relationships also occur. A group of plants may be more successful by helping individual members with the assistance of a fungus. For example ponderosa trees have a secondary root support system thanks to the mycelium threads of fungus connecting to them, providing additional nutrients and moisture. The fungus in turn receives nutrient from the trees as a result of photosynthesis. The trees and fungus together benefit from the soil improvements created by earthworms and the earthworms in turn benefit from plant and fungal matter as a source of food.

A reference for Charles Darwin and earthworms: