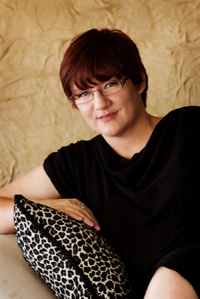 Romance novels get a bum rap. It is argued that the plot lines are silly and always involve an innocent, beautiful girl and a handsome, tortured man. These books, with red and pink-colored covers and titles in swirly fonts, always seem to be tucked in back corners of bookstores or libraries. It seems appropriate, because this genre of fiction is more guilty pleasure than literature.

The thing is no one seems to care. It has been noted that romance novel sales have shot up in recent years. Maybe that is because writers are spicing up their stories with a few new twists to the standard romance storyline.

Take Albuquerque author Darynda Jones, who pens the Charley Davidson series. She took mystery, paranormal elements and romance and blended them all together. Readers love the mixture. Jones is a New York Times bestselling author, as well as an award-winning writer.

Jones said she is not sure what produced Charley, a grim reaper and private detective.

“Charley, in all her glory, just popped into my head,” she said.

Jones grew up reading a lot of historical romances by authors such as Julia Quinn and Johanna Lindsey, she said, however, her biggest influence comes not from books but from Joss Whedon’s TV shows and movies.

“If anybody got me into the paranormal, it was Joss Whedon,” Jones said.

While her stories incorporate the supernatural, Jones also draws from her surroundings. The Charley Davidson series is set in Albuquerque.

“I love New Mexico. I absolutely adore it,” Jones said. “I love the culture. I love the food. It is just an incredible place.”

Jones writes for adults and young adults as well. She wrote a trilogy titled, “Darklight,” that focuses on high school students. Telling stories is something that Jones has done her entire life. She wrote a lot of short stories, but did not write her first manuscript until she was in her 30s.

“I have been making up stores before I could write. It never left me,” she said, adding that earning recognition for her work is surreal, humbling and fantastic.

“You are on cloud nine for about five minutes and then you go back to work,” she said.

Jones will share her experiences as a writer during the Authors Speak series at 7 p.m., Thursday at Mesa Public Library.