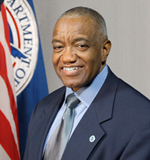 ABC News, citing a forthcoming report by DHS IG, reported that airport screeners, employed by TSA, did not detect banned weapons in 67 out of 70 tests at dozens of U.S. airports. Johnson, whose department oversees the TSA, was briefed last week on the trials, which were completed recently.

In one test an undercover agent set off an alarm at a checkpoint and was stopped, but TSA screeners at the checkpoint then failed to find a fake explosive device taped to his back when they patted him down.

The Guardian reports that Johnson said the results of the security checks were classified, but he had directed the TSA to revise screening procedures “to address specific vulnerabilities identified” in the undercover operation. He also ordered that all TSA officers and supervisors across the country be retrained and that airports’ screening equipment be tested.

Johnson said there would be more random covert tests.

“The numbers in these reports never look good out of context but they are a critical element in the continual evolution of our aviation security,” he said. “We take these findings very seriously in our continued effort to test, measure and enhance our capabilities and techniques as threats evolve.”

Johnson said that Carraway, acting administrator of the TSA, was being reassigned to another section of DHS. The TSA acting deputy director, Mark Hatfield, would lead the agency until a replacement was appointed.

President Barack Obama had nominated coast guard Vice Admiral Pete Neffenger to be the next TSA administrator, and Johnson urged the U.S. Senate to confirm his nomination as quickly as possible.