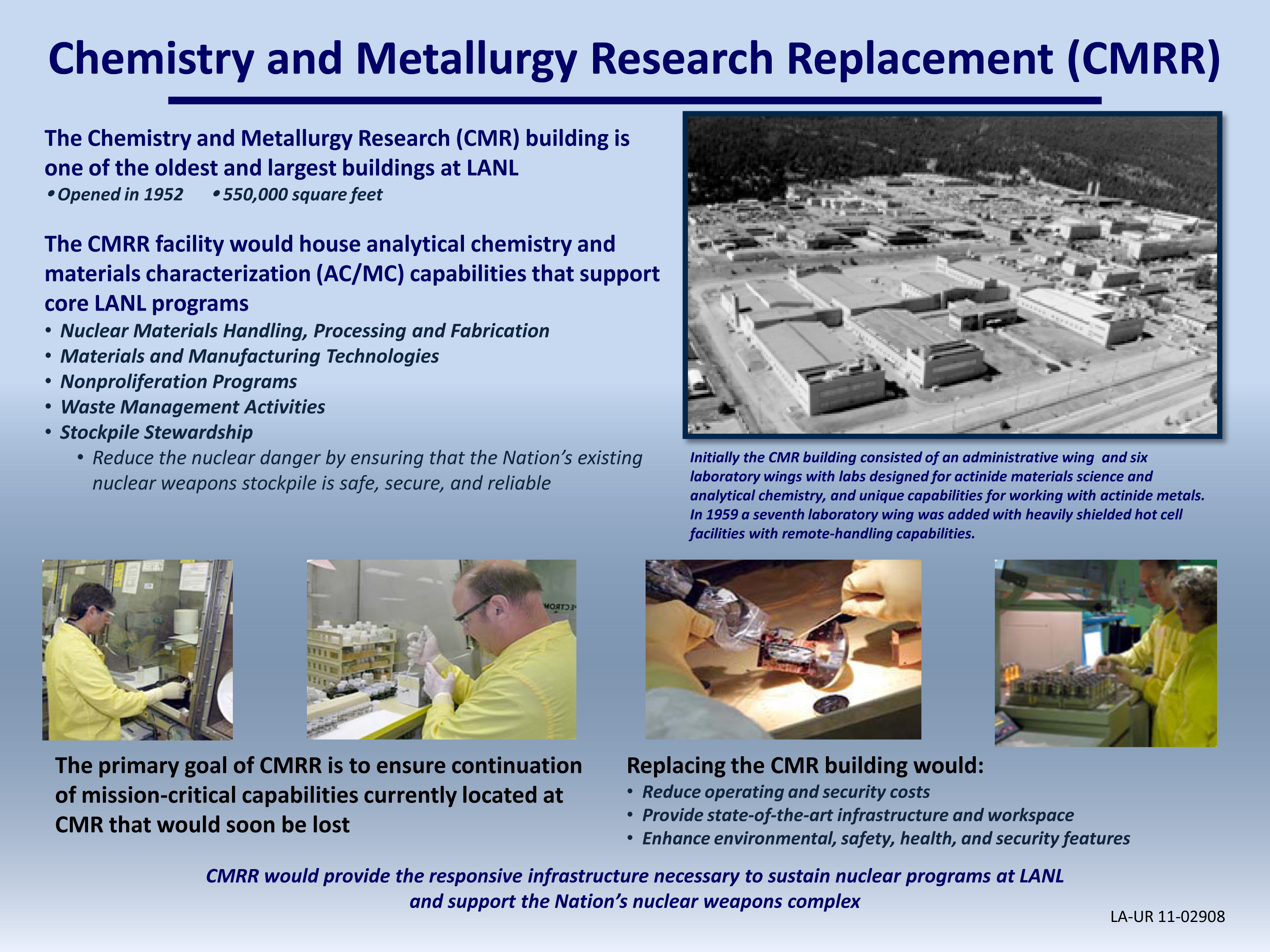 In a statement of administration policy issued Nov. 29 by the Executive Office of the President, Office of Management and Budget, the Obama Administration expresses its reluctance to commence construction in 2013 on the replacement project for the Chemistry and Metallurgy Research Building (CMRR) at Los Alamos National Laboratory.

To do so would require taking funding from other National Nuclear Security Administration priorities, which would create “undue risks” for other parts of the program, according to the policy statement.

The Administration strongly objects to section 3111, which would require construction of the Chemistry and Metallurgy Research Replacement (CMRR) facility to begin in 2013.

The Departments of Defense and Energy agree that, in light of today’s fiscal environment, CMRR can be deferred for at least five years, and funds reallocated to support higher priority nuclear weapons goals.

An interim strategy will be implemented to provide adequate support to plutonium pit manufacturing and storage needs until a long-term solution can be implemented.

Further, S. 3254 would require funding for the CMRR in FY 2013 to be taken from other National Nuclear Security Administration priorities, creating undue risks for other parts of the program, including delays to critical infrastructure modernization, underfunding operations of the nuclear complex, and curtailing science, engineering, and key nonproliferation initiatives.

Finally, section 3111 specifies an operational date but caps total funding at the low end of the agency estimate, which may not be achievable.