SANTA FE – The New Mexico Association of Commerce and Industry (NMACI) announced Tuesday that Senate Bill 356, a bill to improve accountability and fairness for businesses and individuals addressing tax disputes, was signed into law by Gov. Susana Martinez.

The bill was sponsored by Sen. Jacob Candelaria, D-26, who worked closely with ACI to develop the legislation. 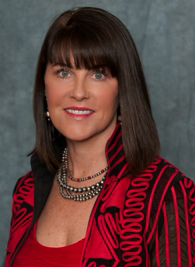 “SB 356 was a top priority for ACI this session,” said ACI President and CEO Dr. Beverlee McClure. “The hard work of so many lawmakers, ACI member businesses, and others has paid off. Today we see a good idea become a good law.”

SB 356 will replace this approach with decision-makers independent of the Taxation and Revenue Department, administratively attached to the Department of Finance and Administration (DFA). As a result, businesses and individuals can be more confident about making sure disputes are resolved in a fair, unbiased way.

Candelaria, whose district includes parts of Albuquerque’s west side, said that the bill is about protecting New Mexicans.

“It’s important to give all New Mexico taxpayers—individuals and businesses—a fair shake. This legislation does that by removing even the appearance of a conflict of interest, so that New Mexicans can have every confidence in the hearing process, and so that disputes are resolved fairly and openly,” Candelaria said. “I would like to thank ACI for their help in crafting this legislation, and for serving as the expert witness for this proposal. Today’s victory shows what we can accomplish by working together.”

“Making sure that tax issues are handled with accountability and fairness is important for the state economy,” McClure said. “Independent hearing officers ensure that taxpayers, whether individuals or businesses, receive a fair hearing in front of a neutral, independent decision maker. This is good for business, good for individuals, and good for our state.”

SB 356 received broad bipartisan support in both the House and the Senate.