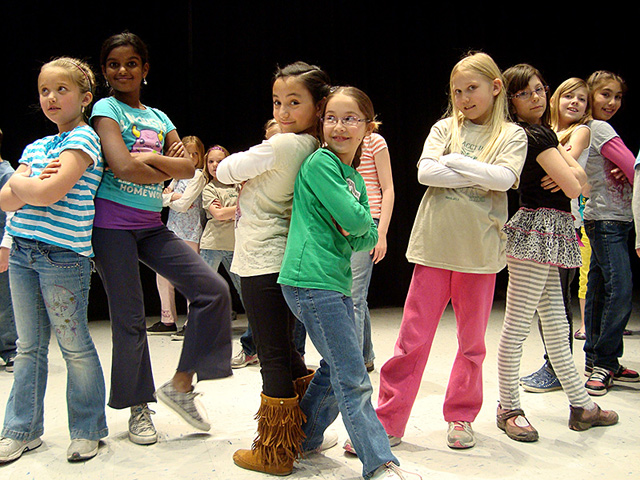 ACCT II students at the conclusion of the Battle scene (That’s What Friends Are For.) Courtesy photo 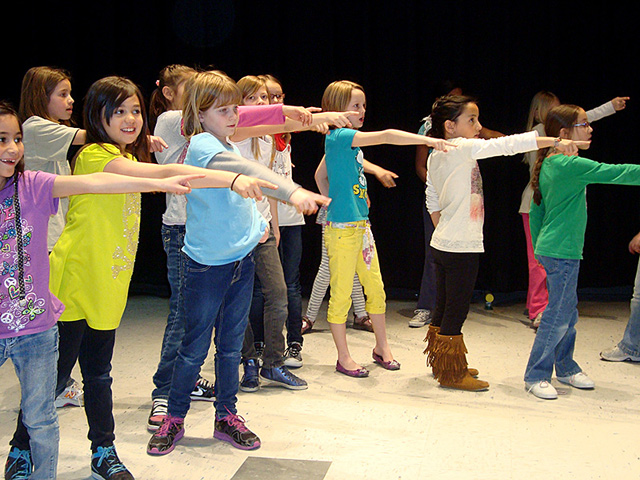 The Jungle is jumpin’ with jazz and colorful characters. Students are in their final week of rehearsals for ACCT II’s production of Disney The Jungle Book KIDS.

The talented cast is made up of 34 third and fourth grade students from all five elementary schools in Los Alamos and White Rock.

Those attending are asked to enter through the gym doors at the back of the school. The show runs about 30 minutes and admission is free.

Disney The Jungle Book KIDS is adapted from the beloved Disney classic animated film and includes family favorites such as “The Bare Necessities,” “Colonel Hathi’s March,” and “I Wan’na Be Like You.”

In January, a group of 17 ACCT students traveled to the 2013 Junior Theater Festival in Atlanta, Ga., where they received the “Excellence in Ensemble Work” award.

ACCT II was newly created this season to involve younger students in musical theater at an introductory level. The students are given an opportunity to learn basic theatrical skills in the process of presenting a musical themselves.

The “KIDS” version of The Jungle Book was especially chosen for this younger cast because of its shorter length and simplicity of presentation.

It differs from the longer “Junior” version shows performed by the older ACCT students in that it is presented on a smaller stage, without the complication of microphones, costumes, make-up or sets.