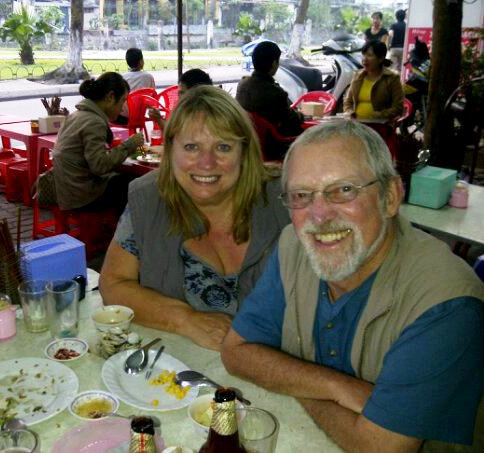 Eating has got to top most people’s lists of favorite things to do. But what if you could gain insight into an area’s culture and history while utilizing a knife and fork?

Cheryl and Bill Jamison do just that in their book, “Tasting New Mexico.”

They will reveal the recipes and stories behind meals that add to New Mexico’s identity and history during the Authors Speak talk at 7 p.m. Thursday at Mesa Public Library.

The Jamisons, who have lived in New Mexico some 35 years have written more than 15 cookbooks. Cheryl explained they were approached to create a book about New Mexican cuisine as part of the New Mexico Centennial celebration held in 2012.

“The boldness of the flavors, the simplicity and complexity of the taste is what makes New Mexican cooking so special,” Cheryl said.

The cookbook features 100 recipes from throughout the last century, which showcase the best meals created in New Mexico’s kitchens, according to a news release.

Cheryl pointed out that the book also touches on a recipe from Los Alamos’ past – Edith Warner’s chocolate cake, a favorite with Manhattan Project scientists.

According to Bill, the book also reveals the Spanish influences in the food. He explained the three principle items in diets of the 16th and 17th century Spain were wheat, meat and wine. Bill noted that most towns had a flour mill to produce white bread and the wine industry was created in the 1630s and continued “vigorously” until Prohibition.

In some respects, Cheryl said, writing a cookbook is similar to writing a novel or nonfiction book in terms of flowing and organizing information, but the big difference is cookbooks deal with food. This means developing recipes and testing them.

“We are really thrilled to live in a state that has interesting food traditions,” Cheryl said.

They were not always cookbook authors, Bill said. Initially, they started out as travel writers. However, when Rancho de Chimayo Restaurant celebrated its 25th anniversary, the Jamisons were asked to do a cookbook with them. So in 1991, “The Rancho de Chimayo Cookbook: Traditional Cooking of New Mexico” was published.

Bill said they both thought, “That was fun; let’s do another one.”