A Letter From Edith Warner To Robert Oppenheimer 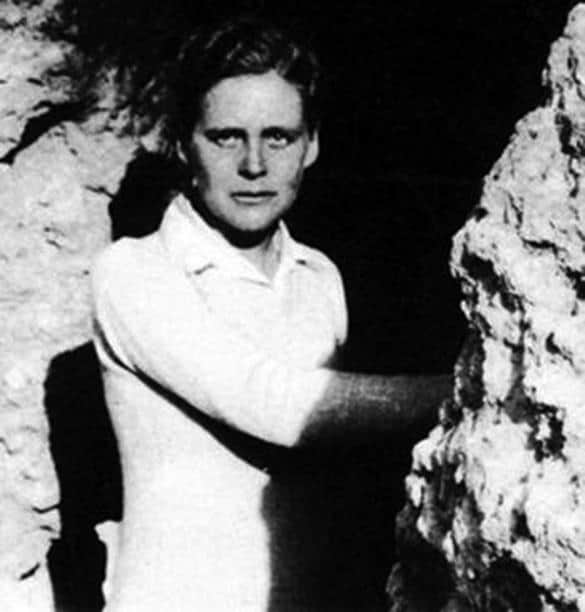 Edith Warner and Robert Oppenheimer began their friendship several years before World War II, which explains the comfort level in a letter written just weeks after the end of the war.

Oppenheimer had stopped at Edith’s home at Otowi Bridge in 1937 on a pack trip from his ranch near Cowles, NM, to the Jemez. He referred to that encounter as his “first unforgettable meeting.” Not long after that, he brought his wife, Kitty, to meet Edith and enjoy slices of the chocolate cake for which she became famous. So, the two were not strangers when, in 1943, Oppenheimer asked Edith if she would serve dinners to the scientists of the Manhattan Project, giving them an occasional evening away from the stress of their work on the Hill.

In that task, Edith was helped by her longtime companion, Tilano Montoya, an elder of San Ildefonso Pueblo. She would prepare the food, and Tilano served. Thus, the two of them met some of the great men of 20th century science and gained their respect. Edith’s humble home has been called the “meeting place of extraordinary minds.” As the men, some with their wives, sat at candlelight dinners at Otowi, they perceived in Edith a sensitivity, a deep understanding of life, and an intellect that forever searched for answers.

As Neils Bohr wrote to Edith’s sister after the war, she had an “intuitive understanding, which was a bond between us.” Her friendship with and admiration for “Mr. Baker,” as Bohr was known in the war years, resulted in lifelong respect. He had left a deep impression. Oppenheimer and Bohr were each a dynamic presence at Los Alamos. Edith had great respect for both men, but there was no question in her mind as to who was the greater of the two, an opinion revealed in her letter written in November 1945. Her words divulge a depth of friendship with Robert Oppenheimer that allowed her to be honest.

Dear Mr. Opp,
Tilano’s name for you is used with deep feeling. I have thot [sic] of you frequently and wished that your last visit had been less surrounded and interrupted by people. So, it was especially satisfying to read your recent speech to the ALAS [Association of Los Alamos Scientists]. I hope you do not mind my having it.

As I read, it seemed almost as tho [sic] you were pacing my kitchen, talking half to yourself and half to me. And from it came the conviction of what I’ve felt a number of times—you have, in lesser degree, that quality which radiates from Mr. Baker. It has seemed to me in these past few months that it is a power as little known as atomic energy, which has greatly increased man’s need for it. It also seems that even recognition of it involves responsibility. There are many things for which I would express my gratitude. Your trust in me not only solved an economic problem but greatly broadened my horizon. Your hours here mean much to me, and I appreciate, perhaps more than most outsiders, what you have given of yourself in these Los Alamos years. Most of all I am grateful for your bringing Mr. Baker. I think of you both, hopefully, as the song of the river comes from the canyon and the need of the world reaches even this quiet spot.

May you have strength and courage and wisdom,
Edith Warner
Enclosed are a note for Kitty and a feather for Peter. Thank you.

If you have not read Oppenheimer’s words delivered to the scientists on November 2, 1945, make a point of doing so. In fact, even if you have read those words in the past, I recommend reading them again. Both the speech and the Edith Warner letter continue to resonate in our time.