A Bomb in Plain Sight 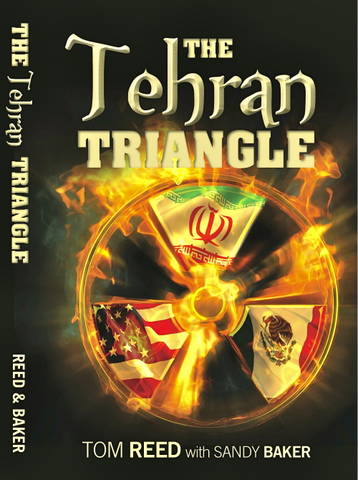 Thomas C. Reed, former Secretary of the Air Force under presidents Ford and Carter, and co-author with Danny Reed of The Nuclear Express, returns to Los Alamos to sign his first novel,The Tehran Triangle. 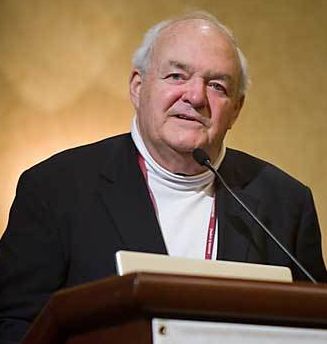 The author will be at Otowi Station Bookstore at 6 p.m., Wednesday April 11 to sign and share refreshments and conversation with readers.

“How logical, I thought, for the Iranians to simply build another Hiroshima-type A-bomb in El Paso, ship it to Trinity by rail, then fire it by cell phone when it got to ground zero. They would only need to smuggle in a hundred pounds of highly enriched uranium. Well- paid transnational corporations and Mexico’s drug gangs could do that,” he said.

Could this really happen?

“Possibly,” Reed said. “Fate takes funny turns. This story is technically and politically feasible. At the very least, it is a cautionary tale.”

From modern Tehran to the rail yards of El Paso and the gang lairs of Juarez, Reed’s thriller explodes into a riveting tale of Iran’s nuclear ambitions.

As current as today’s headlines, from assassinations to computer viruses, The Tehran Triangle compels the question, “What if?”

In his riveting first novel, Reed, an advisor to presidents on national security matters, fuses a lifetime’s experience in nuclear weaponry and spy craft to a story deeply wedded to fact.

Reed uses his first-hand knowledge to detail how Iranian operatives were already scouring the world for critical stores of enriched uranium—and bomb makers expert enough to allow Iran to go face to face with its most hated enemy and ultimate target:  the United States.

Readers will remember the book’s harrowing outcome long after closing the book.

Reed was a special assistant to president Reagan for National Security Policy.

Previous books include At the Abyss: An Insider’s History of the Cold War and The Nuclear Express: A Political History of the Bomb and Its Proliferation. He lives in Healdsburg, Calif.