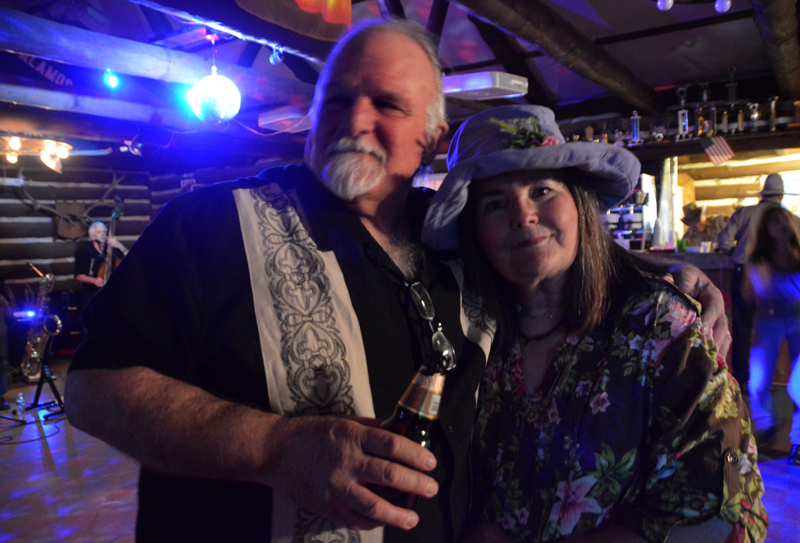 Eddy Partridge & the Nomads play at 7 p.m. today at Ashley Pond Park. DK & the Affordables follow around 8:45 p.m. This concert is the last show of the 2015 Summer Concert Series.

The Nomads from Los Alamos are one of the community’s all-time favorite bands. They play popular music from the 50’s, 60’s and 70’s. Songs like Richie Valens’ “La Bamba”, Carl Perkins’ “Blue Suede Shoes”, Rick Nelson’s “Lonesome Town”, The Beatles’ “Back In The USSR”, the Stones’ “Satisfaction” and my favorite Mexican song, “Volver, Volver” as Los Lobos would sing it. They sing many, many songs that almost all will know and will want to sing along. Go ahead, the band and the sponsors love audience.

In case you don’t know, it’s audience participation that makes this Series such a great time. Ask any musician that’s ever played here and they’ll tell you they love our audience! That is the honest truth! It’s all the dancing, including the children running, playing and dancing and everybody singing along and being with their friends, families and neighbors that make us want to return next year for a 27th season!

DK and the Affordables sing quite a few of DK’s originals as well as rockabilly, Americana and early roots of rock oldies. Both bands will be playing lots of fun dance music. The Affordables also are a favorite Los Alamos band. They play the music of Johnny Burnette, Elvis, the Red Elvises and a lot of people named Johnny.

Friday will be Los Alamos Daily Post Night. We congratulate them for their expansion of services, their many awards they keep on winning every year and them for always being a sponsor and helping us publicize our events.

Try real hard to make this final show of the year. We promise you a great time.