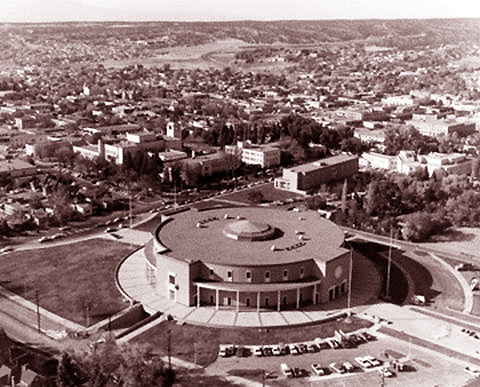 SANTA FE—From a dauntless woman warrior to the inside scoop on the New Mexico Legislature, the Fray Angélico Chávez History Library’s Brainpower & Brownbags Lunch Lectures offer a wealth of learning.

Organized by Librarian Tomas Jaehn, the monthly lectures are free and open to the public (and, yes, you can bring a lunch). Each lecture begins at noon in the Meem Community Room; enter through the museum’s Washington Avenue doors. Seating is limited.

Berg is a Santa Fe-based writer, film reviewer and film historian. For the past four years, he has traveled New Mexico narrating clips of movies made in New Mexico.

McWilliams is the author of New Mexico: A Glimpse into an Enchanted Land (Inkwell productions, 2014). He retired to Santa Fe from the computer industry in 2007. Lozen, ca. 1840 – 1890, was a sister of Victorio and fought alongside both Nana and Geronimo.

In the Jim Crow era, black tourists experienced a different kind of Route 66 than the one remembered in story and song. Norris is a historian for the National Park Service, National Trails Intermountain Region, in Santa Fe.

Hendrickson is an assistant professor in the Regional Studies department at Lafayette College in Easton, Pennsylvania, and is the author of Border Medicine: A Transcultural History of Mexican American Curanderismo (New York University Press, 2014).

Carey earned a masters’ degree in biology and urban studies from Tufts University. She is the WildEarth Guardians’ Gila Campaign fellow.

A former state senator, Feldman is an Albuquerque consultant and author of Inside the New Mexico Senate: Boots, Suits and Citizens (University of New Mexico Press, 2014).