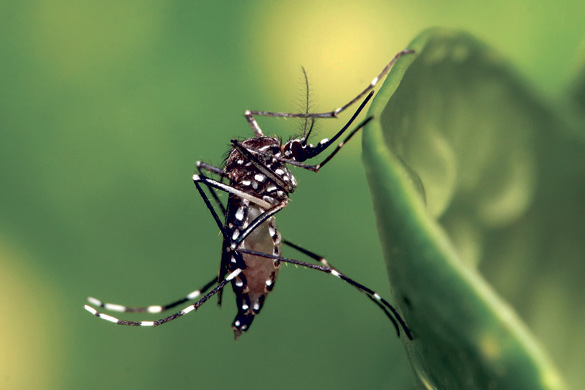 The New Mexico Department of Health announced Wednesday a second confirmed case of the Zika virus in the state.

Zika virus disease has been in the news for several weeks now and has many individuals concerned. Zika virus is transmitted to people primarily through the bite of an infected mosquito, though there also have been reports of transmission through sexual contact. The disease can cause fever, rash, muscle aches, joint pain and red eyes. Zika virus disease has also been linked to birth defects, including microcephaly and other poor birth outcomes in some women infected during their pregnancy.

“We’re encouraging health care providers around the state to know the signs and symptoms of Zika virus and give out correct information to their patients,” said New Mexico Department of Health Cabinet Secretary Retta Ward, MPH. “We also want New Mexicans, especially pregnant women, to heed the Centers for Disease Control and Prevention (CDC) travel advisories to not travel to areas with active Zika virus transmission for the duration of their pregnancy.”

If individuals are not traveling to the countries with active Zika virus transmission, the risk for transmission is minimal. Mosquito season has not started in New Mexico, and therefore New Mexicans should generally not be concerned about Zika unless they are travelling to areas where transmission is occurring.

Here are some important points from CDC for travelers to areas with active Zika virus transmission:

To prevent the spread of the disease, people traveling to those areas with active Zika virus transmission should carefully follow these steps to avoid mosquito bites while there:

It is also important if you become ill with Zika virus within two weeks of returning to avoid mosquito bites, as you could have the virus in your blood for up to seven days after the start of your illness and pass the virus on to a mosquito.

The mosquito species that can transmit Zika virus have been found in Doña Ana, Eddy and Chaves counties.

“Aedes agypti and Aedes albopictus are the scientific names of species of mosquitoes that can transmit Zika virus as well as other diseases such as chikungunya and dengue,” said Dr. Paul Ettestad, the public health veterinarian with NMDOH. “In the summertime, when these mosquitoes are active, a returning traveler with the virus in their blood could be bitten by one of these mosquitoes which could then infect another person through a bite.”

The department is also pursuing the ability to test for Zika virus at its Scientific Laboratory Division (SLD) in Albuquerque. Testing currently occurs at CDC.

As this is an emerging situation, CDC recommendations will likely be updated frequently. Visit  http://www.cdc.gov/zika/ for the latest information.
or more information, visit acc.org.