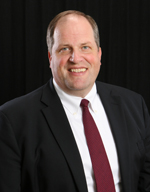 ZCU President & CEO David Woodruff
ZCU News:
On Wednesday of last week, the Senate Special Committee on Aging called for tougher state actions to prevent elder abuse by guardians – and in a 2011 MetLife study, it was suggested that older Americans lost more than $2 billion to financial exploitation by a spectrum of perpetrators in 2010.
In June of this year, the Taos News reported that, in the U.S., approximately 1 in 10 of senior citizens has been a victim of elder abuse, for a total of more than 1 million each year. As more and more reports of elder financial abuse begin to surface, advocates for seniors and the elderly are pushing for greater general awareness and education surrounding elder abuse.
Zia Credit Union spent much of 2016 conducting Elder Abuse informational seminars at senior centers across Northern New Mexico – in Los Alamos, Espanola, Truchas, White Rock and Taos. The seminars are constructed around the foundation that victims of elder abuse are often unaware that abuse is taking place and seldom are they aware of networks or resources that can help them navigate the issue.
Because seniors don’t always have information about elder financial abuse at their fingertips, Zia Credit Union management felt that an important first step to combatting elder financial abuse in the communities his credit union serves is to start with arming potential victims with information, such as tell-tale signs of elder abuse and how to get help.
“At a time when financial and medical improprieties regarding senior citizens abound,” Zia President & CEO David Woodruff said, “those of us who are trusted providers of services for our seniors need to be vigilant to identify signs of abuse or neglect and to help our seniors be informed and know that they can reach out to us and other trusted sources if they feel threatened or are unsure of financial transactions they are being asked to carry out.”
Woodruff noted that Zia Credit Union officials have spoken with various senior center officials about doing a “series of presentations for seniors about protecting themselves, specifically, from the phone scams that have become such an epidemic.” The credit union plans on beginning the series in 2017.
Menu
LOS ALAMOS