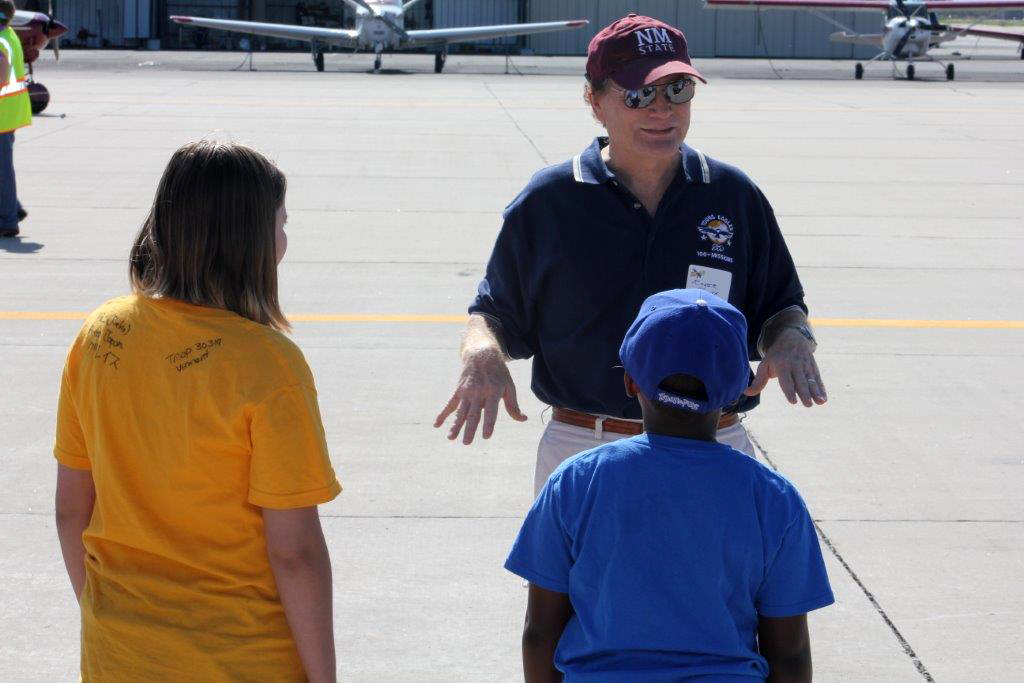 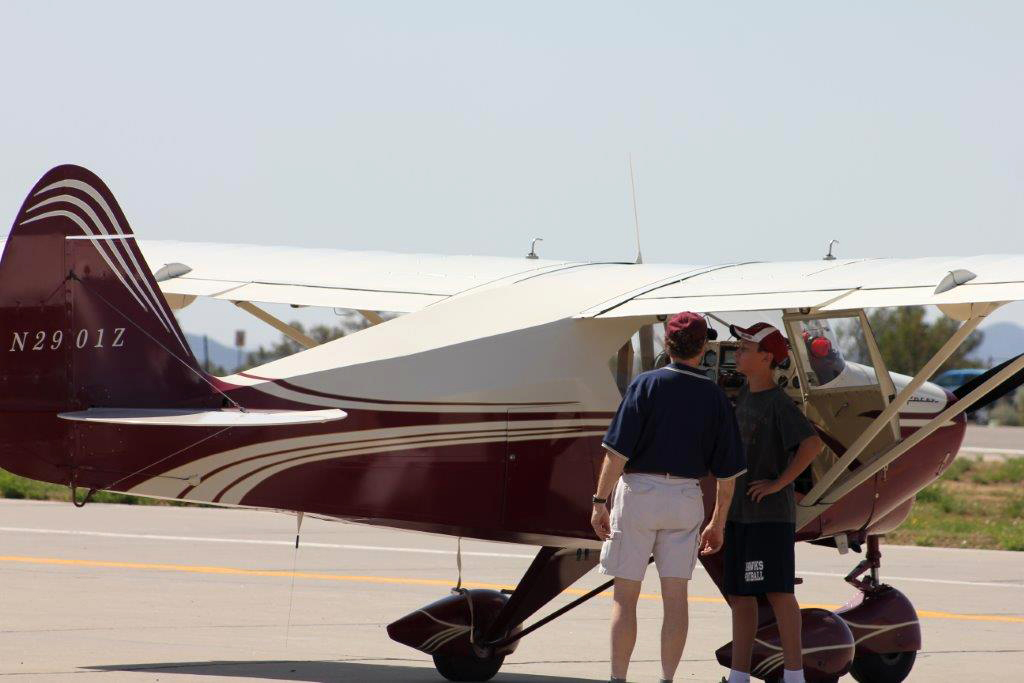 Pilot Roger Smith gets ready to take to the skies with Young Eagle Jake Torres. Photo by Bernadette Lauritzen

It’s time to take to the skies Saturday as the EAA offers their annual Young Eagle Flights to the children and youth of the community. Youth ages 8-17 are invited for a free flight with a local pilot, soaring the skies of Los Alamos, in a way not many have the chance to see.

Amy Ross, one of the premier event volunteers has been helping with rallies for three years and has just started her second year as coordinator for their Experimental Aircraft Association (EAA) chapter.

Many of their pilots have been flying for 20 years or more and have earned their airframe and power plant certification. This means they have met all training, practical experience, and testing required by the FAA to be an aircraft mechanic.

“Our pilots are award winning aircraft builders and conservationists,” Ross said. “The most common factor among all of our pilots and volunteers is the desire to share a love of aviation and encourage the kids to explore something that they may not otherwise have an opportunity to even experience.”

The fun takes place on Saturday as local pilots volunteer many hours to inspire local youth to see what the future has to hold, as a career or even a hobby. Flights begin at 8:30 a.m. from the Los Alamos Airport Terminal Building, with registration time and flights beginning at approximately 8:40 a.m.

Registration will close at 11:30 a.m. and naturally all flights are dependent upon weather and pilot availability.

Each flight will last approximately 15-20 minutes and all youth must be accompanied by a parent or legal guardian.

Once the planes land, youth are already wondering when they can go again, but Ross has one memory that sticks out above the others. It stems from a young eagle that had flown in the summer of 2012. Ross was at a 2013 event, at a different airport, when it took place.

“I was working at one of the exhibits at the fly-in when a boy came up to me and said, ‘You fly a yellow plane!’ “It occurred to me that he was one of my Young Eagles from the previous summer. He was so happy to tell me that he was just about to take his next step in aviation.”

The boy’s father was just a few steps behind and also recognized Ross and thanked her for the advice as to how his son could continue working toward his aviation goals.

That is just one instance where a small gesture may have sparked a future passion.

Ross can be contacted for additional information regarding the Los Alamos Young Eagle Flight Rally, at youngeagle@eaa691.net.