Your Money: Do You Have A Social Security Strategy? 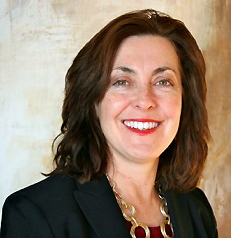 Your Money: Do You Have A Social Security Strategy?
By KATE STALTER

Last month, I wrote about several Social Security rules or factoids that tend to be widely misunderstood.

The rules themselves can be confusing enough, which is why it’s a good idea to consult a financial planner for some input. By law, employees of the Social Security Administration cannot give advice for your individual situation. Likewise, stockbrokers are largely unfamiliar with these nuances, as they get paid to trade stocks and sell financial “products,” rather than do comprehensive financial planning in their customers’ (notice I did not say “clients” best interest).

Why is it important to have a strategy? Let’s take an example. Say a couple is nearing retirement age, and they have a good idea of what their monthly expenses are. But they are afraid that if they quit working at the time they expect to, their nest egg may fall short.

For decades, the media and politicians have stoked fear that the Social Security trust fund would dry up, but that is fear-mongering for ratings and votes, and not grounded in reality. As I noted last month, the system is currently solvent, as it is, until 2033, and that’s if Congress implements no further changes!

Of course, neither political party wants to lobby against Social Security benefits for seniors, so it’s pretty darn likely that Congress will enact changes in the coming years. In fact, Congress has been gradually raising the retirement age for decades, so this tactic is hardly novel.

For Baby Boomers born in 1954, the full retirement age is 66. After that, it increases incrementally, until it reaches 66 and 10 months for people born in 1959. For anyone born after 1960, the age is currently 67, and that is almost certain to also be increased over time.

All of this means that it’s not necessary to grab benefits at 62, in the belief that you want to get something – anything – in the mistaken belief that the entire system is about 20 minutes from imploding.

Others begin taking Social Security at 62, the youngest age allowed, because they just haven’t done any planning to ascertain the best time to begin taking the benefits. Some government pension plans even encourage the practice, offering “special benefits” to early retirees. These benefits cease at age 62, with the assumption being that Social Security will take up the income slack.

Some advisors also say taking benefits at 62 is the best course, saying the money can be invested if it’s not needed. However, I have a huge problem with the behavioral issue implicit in this plan. It’s similar to using credit cards to get frequent flier miles, with the intention of paying off the balance each month. Plenty of people intend to make good financial decisions, but life happens, and they don’t follow through.

The numbers of Americans starting Social Security at 62 has been on the rise in recent years. Sadly, there will always be people who haven’t saved or lost their money and need the immediate income stream.

But many retirees underestimate the benefits of waiting. For example, for a person whose full retirement age is 66, taking benefits at 62 would mean receiving only 75 percent of his or her full benefit. That never changes. You’ll receive 75 percent of your full benefit for the rest of your life. Over the course of your lifetime, that means leaving an awful lot of money on the table.

By the way, that’s another reason the Social Security system remains solvent: Too many people take benefits early.

Certainly, in some cases, starting benefits at 62 (or any time below full retirement age) makes sense, or at least won’t have any measurable effect on a person’s financial situation. But it’s better to work with a planner to integrate your various retirement income streams, and to calculate how you and your spouse can coordinate Social Security benefits. That coordination, though sometimes a bit complicated, can often mean additional income coming into the household. Likewise, if you are divorced, check with a planner about divorced spouse benefits.

Remember, the Social Security Administration can tell you what your benefits would be at a given age, but employees can’t advise you on strategy.

Editor’s note: Kate Stalter is a financial advisor with New Mexico-based Portfolio LLC. Prior to joining the firm, she was a stock-trading coach and radio host. She is a regular columnist for TheStreet.com’s RealMoney, Forbes.com, and Morningstar Advisor Magazine. Stalter has an MBA from Northwestern University’s Kellogg School of Management. She works with financial planning clients in Los Alamos, Santa Fe, and throughout northern New Mexico.