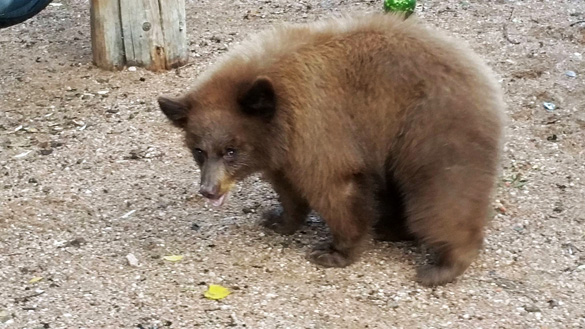 One of 13 bears that have recently inundated the Cottonwood Rehab Center. The Land of Enchantment Wildlife Foundation is seeking the public’s assistance to help feed and care for these bears during their rehabilitation. Photo by James Robinson/LEWF 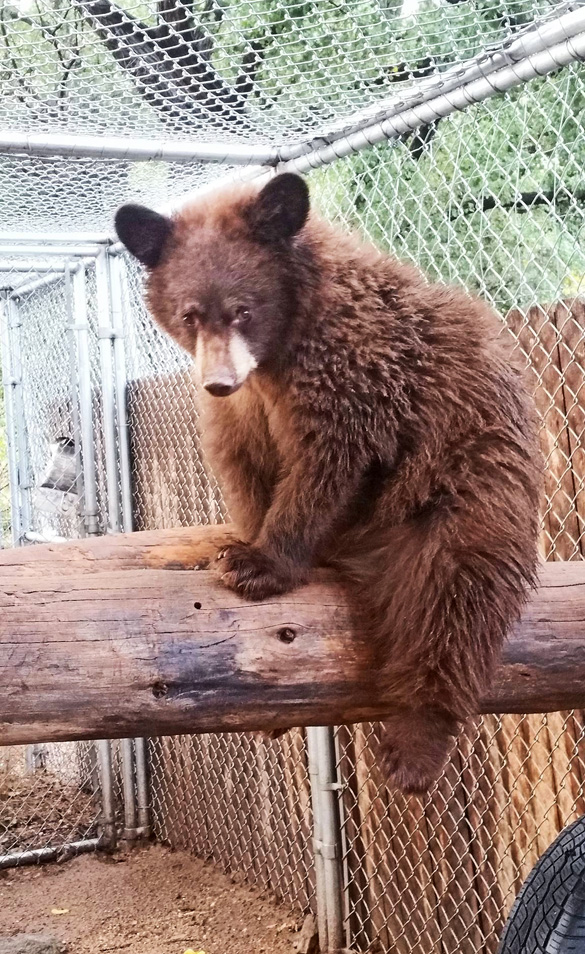 SANTA CRUZ – The Land of Enchantment Wildlife Foundation, a New Mexico not for profit organization, is seeking the public’s assistance in response to an inundation of Black Bears overwhelming one of its partner organizations.

A bountiful crop of acorns and berries last year lead to sows (adult female bears) giving birth to more than one cub; however, a late freeze this year has lead bears to look for new sources of food. As bears search for food, they travel down from the mountains and into fields, towns and unfortunately across highways and roads.

Many of the bears in Dr. Ramsay’s care were orphaned when their moms were killed crossing roads. Most of the cubs weigh less than 30 pounds and will need to reach between 85-100 pounds before being released back into the wild.

Each bear needs 12 pounds of protein, fruits, veggies and nuts a day to prepare them for the winter months. Rehabilitation costs for food and care alone range between $6,000 and $8,000, for the average stay, per bear. Not included in those costs are required surgeries for injured bears, which can run in excess of $3,500 per bear.

Anyone interested in assisting with the rehabilitation of these bears is encouraged to donate by either mailing in checks to P.O. Box 957 Santa Cruz, NM 87567 or donating through PayPal© via the Land of Enchantment Wildlife Foundation website at www.landofenchantment.org. All donations, of any size, are welcome and needed.

The Land of Enchantment Wildlife Foundation is a 501(c) 3 organization whose mission is to help the wildlife of New Mexico by providing financial and logistical aid to the people whom help rehabilitate the animals of New Mexico. 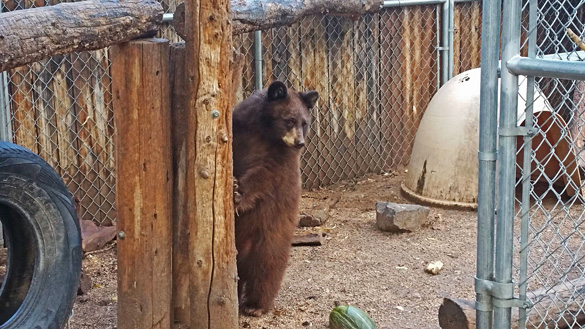 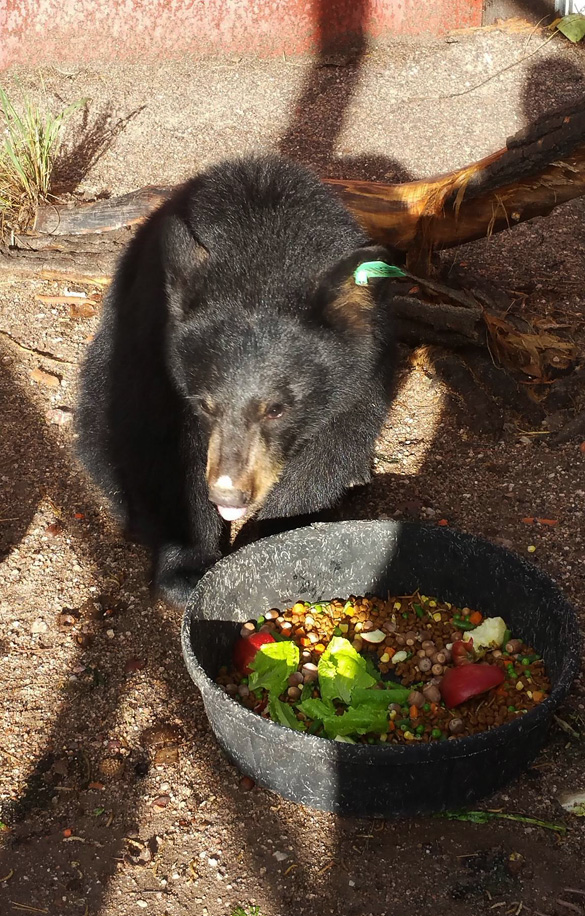