Yang: On ‘Doubt’…This Time, Doubt Was Addressed With Evidence 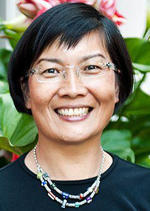 The second crime story of the “Anatomy of Doubt” of This American Life took place in Colorado in 2011, two years after the crime against Marie of Lynwood, a suburb of Seattle (see previous article).

In Colorado, there was a series of three rapes, which took place in three locations in close proximity.  The lead detectives of at least two of the three cases were female and a crime analyst providing one piece of key (in retrospect) information was also a female.

I highlight the female part because I think it’s relevant in rape cases.  In addition, one of these two female detectives, Stacy Galbraith, had handled at least 50 rape cases by the time of this story.

The latest victim of Galbraith’s case was unusual; the young graduate student didn’t show much emotion while being interviewed right after the assault.  She also managed to notice quite a few striking features of the perpetrator, partly because she chatted up with him afterwards:  He traveled a lot; he spoke at least four languages; he talked about math, he had no problem finding girlfriends but disliked the consensual relationships; and most importantly, he has a birthmark of a size and shape of an egg on his leg.  In addition, she noticed his height and weight, the pink Sony camera, and described him “gentleman, calm, and mannered,” even though she was raped at gunpoint, and was told to take a shower afterwards to wash off the DNA.

Detective Galbraith didn’t always understand her rape victims, some were more hysterical than others.  However, the victims’ manner was never part of her investigation.  When she discussed the case with her husband, a policeman, he mentioned the similarity to another case in his district.

Five weeks into Galbraith’s latest rape case, there was a meeting of lead detectives of recent rape cases, officials from Federal, state, and local levels, and a crime analyst who presented information of suspicious vehicles in the vicinity of an attempted rape.

When she showed a picture of a Mazda pickup, it caught Galbraith’s attention.  Galbraith had seen only a fuzzy image of a pickup truck in a surveillance tape some time ago, but the coincidence struck her.  Since this analyst had the pickup’s license plate — it belonged to a Marc O’Leary – it was their first break in the cases.

With FBI’s assistance, agents were sent to trail O’Leary while others went to his apartment to collect a DNA sample.  What the team didn’t realize was that they had been trailing Marc’s brother, of similar build and appearance.  When they thought Marc was out of the apartment, they knocked on the door before going in.

The agents were taken aback by the person answering the door, the very Marc O’Leary who was supposed to be out.  The agents quickly made up a convincing story: They were canvassing the neighborhood for a suspect, and even produced a photo of the person of interest.

In the meantime, the agents who were following Marc’s brother managed to collect the brother’s DNA from his meal at a diner. The DNA results showed that one of the two brothers committed these crimes, but was not conclusive. The birthmark would help.

Two days later, Galbraith and her team went to O’Leary’s place again, with a search warrant. While inside the apartment, she patted down Marc, and it just so happened that he was wearing a cargo pants. She could lift up his pant legs, and saw the egg-size birthmark.

Afterwards, Galbraith processed the gathered evidence; she encountered many images of his victims on a thumb drive. Most of these victims were from Colorado. And then, Galbraith saw a woman, gagged and bound, with a Washington driver’s license on her chest. It was Marie.

Marc O’Leary was convicted of five rapes, including the one in Washington, 2 months after Marie’s case, and 20 other felonies, and was sentenced to 300 years in prison.

Lynwood’s police chief personally went to visit Marie and apologized.  Marie described, ”They were just like, we’re sorry. We’re deeply sorry, you know, about what had happened to you. But it didn’t mean much to me at all.”

Marie demanded a personal apology from her case investigator and she received it. She was reimbursed the $500 court fee (no interest?) and her record was wiped clean. She sued the Lynwood police and settled for $150,000. No one at the Lynwood police was disciplined.

Her apartment management? “Our hearts go out to Marie and her family. We strongly believe that Cocoon House and its employees acted appropriately on behalf of the client [Marie].” Wow.  They were also sued and settled out of court.

Marie forgave both Shannon and Peggy, her foster parents, and remains friends with them. Shannon still cannot quite forgive herself. After the case was closed for Marie, Peggy, the one who reported her “doubt” to the lead detective in Marie’s case, said, “OK, now this is going to sound really bad, like I’m blaming the victim. But some of the way that she [Marie] was acting was part of the reason why it had the outcome that it did. And I am not the only person that didn’t believe her.”  Wow!

When doubt becomes certainty, it shouldn’t be considered “doubt” any more. By the time Peggy called Marie’s case detective, she was hoping someone could confirm her doubt. Voicing her “doubt” to someone, especially a figure of authority was a strong symbol for her; the doubt was off her chest and now became real.

When the detective pursued Marie based on Peggy’s statement, he had no doubt in his mind about Marie’s guilt, and proceeded accordingly. When all hell broke loose on Marie, there did not seem to be any trace of doubt left in Peggy’s mind…hence her last words still put the onerous burden on Marie.

Doubt, a form of uncertainty, makes us uneasy and uncomfortable. It’s in our nature to minimize or erase doubt. There are gaps of information associated with doubt and uncertainty. In those moments, we tend to fill in the gaps with certain assumptions to generate a more-or-less complete story to ease our doubt.

Since the assumptions come from our own worldview, lens, or logic, we usually are satisfied with the story we come up with, and feel little need to check those assumptions. What’s more interesting is that even when we want to check our assumptions, we tend to check with a third party rather than with the source of our doubt. So, Peggy called Shannon and they two commiserated with each other’s doubt; Peggy never checked with Marie directly.

I will get into a more full-bodied analysis next time. Till then,