Yang: Fact, Truth, Reality … Which One Is Debatable? 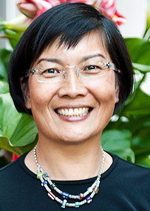