Yang: Capital Isn’t Just About Money Or Equipment – Ignore Relationships At Your Peril 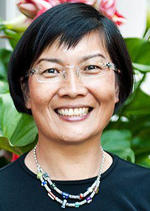 When we hear “capital,” images immediately pop into our heads of money (in large amounts) or buildings or equipment. Of course, we realize and understand that people’s knowledge, skills and experiences are equally important, more in some businesses than in others. These less tangible assets are termed “human capital.” But in organizations, per Kenwyn Smith’s definition, it is the relations among parts, and the relations among relations, that really matter. And implicit in the relationships that actually facilitate execution of work is the trust people develop over time.

Of course, there is work that can be done by lone individuals, or machines, but most work in organizations relies on relationships. These relationships, or networks, are “social capital,” even less tangible than human capital. A group, an entity, that exhibits a high degree of trust (and necessarily trustworthiness) is likely to function much better than one with less trust/worthiness. It sounds simple and intuitively obvious…so, how are you doing with your various relationships within your family or at work?

James Coleman, a sociologist, gives a wonderful example of how social capital is manifested, in the form of parents, children, and education. A couple with postgraduate degrees, say, a Ph.D and a M.D., work hard to bring in high financial rewards for the family. Immediately, we have high employable skills resulting in way above-average financial capital with which to purchase the best toys, private schools (if that’s the choice), several computers, a great house, exotic vacations, and whatnot. However, if the parents do not invest enough in the relationships with their children, their highly educated backgrounds and money will not easily and readily translate into success for their children’s education and beyond.

In the workplace, we rely on social capital to gain information, to learn important contextual stories not captured in memos, to expedite work when necessary, to trade favors and obligations, etc. When we see other people’s, or groups’, impressive performance and work products, we often neglect to note the solid but invisible social capital upon which these visible outcomes are dependent. I have mentioned several times that emulating the visible factors supposedly accounting for others’ successes is poor practice, because copying the superficialities leaves out the hard work of building human and social capital that is so essential to success.

Here is a rather drastic example: Ana was an experienced administrative assistant at HQ with more than 10 years of service in the role. However, and for whatever reasons, the office’s fairly new and young chief-of-staff (COS) kept finding faults with Ana’s performance, to the point that Ana’s work began to slide, and the COS had made noises to have Ana fired. The company’s Purchasing Department manager, Diane, had a good reputation for nurturing her staff, and had in the past received several “problematic” staff members transferred from other departments. About the same time Ana was struggling with her COS, Diane’s newly hired assistant, Rose, though very competent, was struggling to mature into her role, not helped by her complicated family situation. The COS also would like to see Diane fire Rose, this new assistant. Do we have some pattern here?!

Diane had a heart-to-heart chat with Rose, and decided to give her more time and opportunity to mature. As Diane put it, “How is firing people going to help them learn and/or acquire new skills? And threatening people with possible firing surely guarantees downward performance.” Later, in some interesting maneuvering, Diane got Ana transferred to her department, and served as a mentor for Rose. Ana was like a fish put back in water, and Rose’s performance rocketed. And oh, by the way, the other transferred members were all doing better after the change of station.

Much of the work, especially in the social domain and in the “soft” work within organizations, depends on relationships, which are never static. It seems that the COS’s view of people who reported to her was based on how people should perform and behave, without any consideration of the social environment. In the COS’s world, even allowing Rose to have some family concerns, Rose should perform consistently. Diane had always made it clear to her people that while work was important, their families’ needs sometimes took priority. She might not have the financial resources to provide adequate support if a staff member needed to take a leave of absence for family reasons, but she would attempt to find others to cover the absent member for a while.

Now, having sung the virtues of emphasizing relationships, I have to address the issue of introversion. For introverts, building, attending and maintaining relationships do not come easily. I do not imply that it’s effortless for extroverts, but relatively speaking, it is easier for them. Yet after all, most introverts also have families and friends. It appears that the majority of people in management are extroverts, and their policies, decisions, and expectations are geared for extroverts. So, can introverts make effective managers? Diane of the above story happened to be a profound introvert. It didn’t come easy for her; however, she was in tune with others’ social and emotional issues. She possessed high “emotional intelligence.” (link)

I conclude with two observations:

On 9/11, 15 years ago, United States lost not only tangible lives, landmark buildings, planes, and intangible quality-of-life of the deceased’s loved ones, we also lost much more from our collective confidence, generosity, appreciation, and psyche. I may even add that the heightened dysfunction of our government is part of that loss. I think bin Laden got more than he thought he would. Indeed, a very sad day!