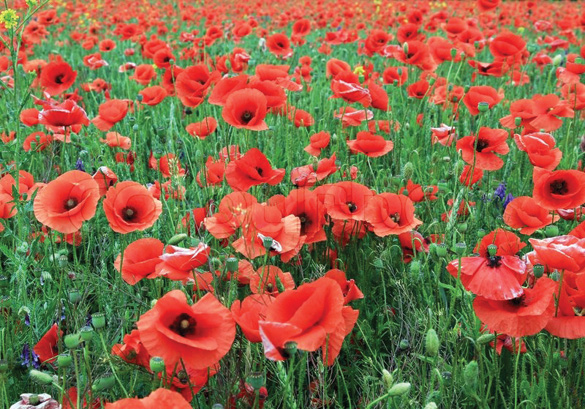 Veteran’s Day, Nov. 11, honors military veterans, but the date also coincides with Armistice Day that marks the anniversary of the end of World War I.

The YMCA has a long history of supporting the military and military families, but it also has an important link to Armistice Day.

After a battle in 1916, American pilot James McConnell, flying over Verdun, France, reported the landscape as murdered nature. “Every sign of humanity has been swept away. The woods and roads have vanished like chalk wiped from a blackboard; of the village nothing remains but gray smears where stone walls have tumbled together.”

Against the odds, life did eventually start appearing again across those battlefields and one of those plants was the red field or corn poppy. The blooms of such caught the attention of a Canadian soldier named John McCrae who spied them around the burial mounds near his artillery position near the Ypres-Yser canal in Belgium. The vision inspired him to write a poem, part of which follows

In Flanders field the poppies blow
Between the crosses, row on row,
That mark our place; and in the sky
The larks, still bravely singing, fly
Scare heard amid the guns below.

The poem, written in May 1915, describes once being alive and passing the torch.

During a quiet moment on a very busy day, she read this poem in a magazine that a soldier had left on her desk. She described this experience as deeply spiritual, and soon began a campaign to get the poppy emblem adopted in the United States as a national memorial symbol for Armistice.

Michael was determined to put all her energy towards getting the Poppy emblem adopted in the United States as a national memorial symbol.

She began a tireless campaign at her own expense, starting with a letter to her congressman in December 1918.

In the early 1920s a number of organizations adopted the red poppy as a result of Michael’s dedicated campaign.