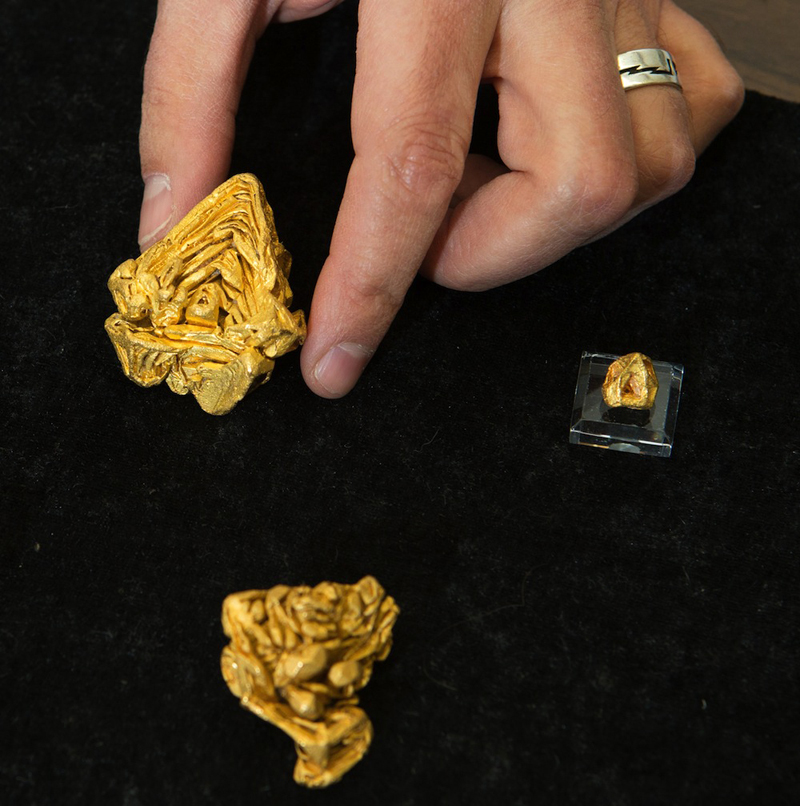 Neutron diffraction data collected on the single-crystal diffraction (SCD) instrument at the Lujan Center, from the Venezuelan gold sample, indicate that the sample is a single crystal. Courtesy/LANL 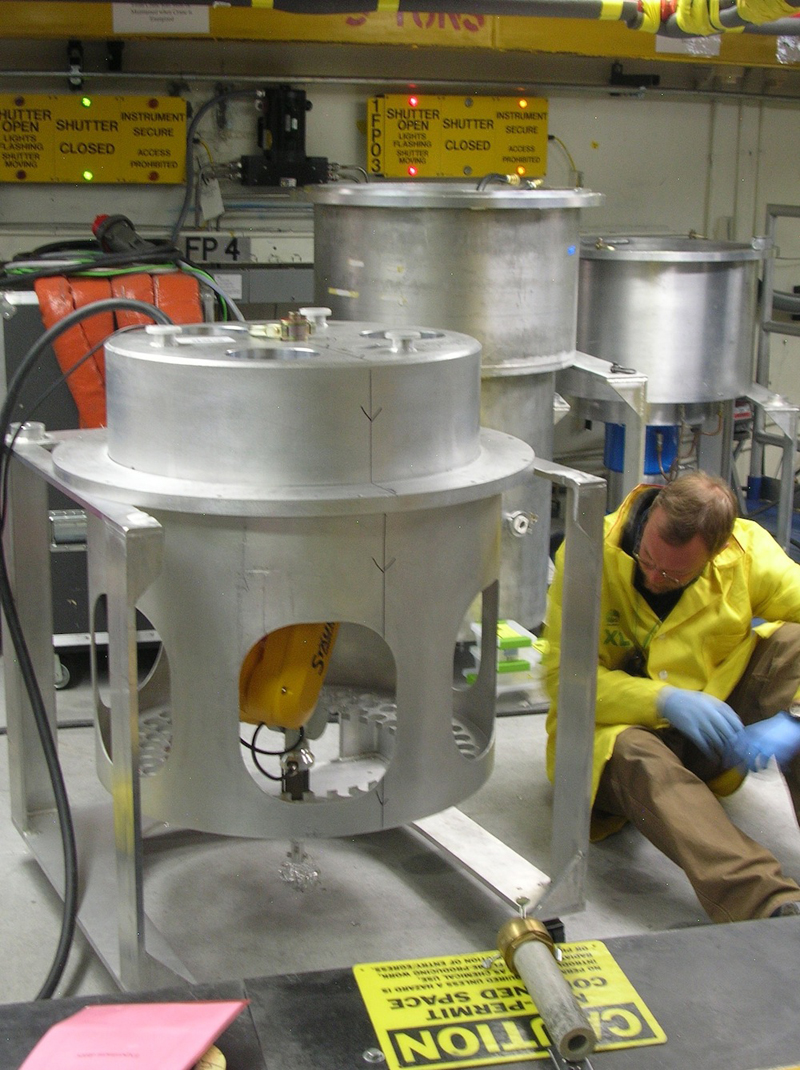 When geologist John Rakovan needed better tools to investigate whether a dazzling 217.78-gram piece of gold was in fact the world’s largest single-crystal specimen—a distinguishing factor that would not only drastically increase its market value but also provide a unique research opportunity—he traveled to Los Alamos National Laboratory’s Lujan Neutron Scattering Center to peer deep inside the mineral using neutron diffractometry.

Neutrons, different from other probes such as X-rays and electrons, are able to penetrate many centimeters deep into most materials.

“The structure or atomic arrangement of gold crystals of this size has never been studied before, and we have a unique opportunity to do so,” the Miami University professor said.

Revealing the inner structure of a crystal without destroying the sample—imperative, as this one is worth an estimated $1.5 million; would allow Rakovan and Lujan Center collaborators to prove that this exquisite nugget, which seemed almost too perfect and too big to be real, was a single crystal and hence a creation of nature. Its owner, who lives in the United States, provided the samples to Rakovan to assess the crystallinity of four specimens, all of which had been found decades ago in Venezuela.

Three of the four samples turned out to be single-crystal pieces of gold, rather than the commonplace multiple-crystal type. Of particular interest was a golf-ball-shaped nugget that at one time was believed to be the world’s largest trapezohedral gold crystal. In 2006 the crystal had been rejected at auction over questions of authenticity, and indeed, the Los Alamos instruments confirmed that it was not a world-record trapezohedral crystal.

Further interpretation of the results will also provide an understanding of how the rare pieces may have formed before they were slightly deformed while being washed down in ancient stream sediments. The ability of the HIPPO instrument to also show how far away a specimen is from being a single crystal helps with these interpretations.

The SCD instrument is a neutron single crystal diffractometer used to determine the periodic atomic arrangement or crystal structure of single crystals, both natural and synthetic. While one of the workhorse-instruments at the Lujan Center, HIPPO is a general-purpose powder diffractometer that measures both the crystal structure and orientation distribution of crystals (or texture) making up a poly-crystalline material from the powder pattern of the crystals. It is the only time-of-flight neutron instrument in the world that routinely measures texture, with single crystals being the ultimate textured samples.

(To see a video of the facility and crystal work click here.)

History of Rakovan and the Lujan Center

The big-crystal question is not the first mystery to be solved using the Lujan Center tools: In 2006, Rakovan had been given a collection of several dozen gold crystals to study with X-ray diffraction. One crystal out of the batch was puzzling, showing a single crystal pattern in one orientation but a polycrystalline nature in all other orientations. He hypothesized that weathering and erosion had altered the exterior of the nugget, but that the overall single crystal morphology was intact. “To test this we needed to look at the interiors of the crystals but without cutting them in half,” Rakovan said.

Twelve years before, Rakovan had used the SCD instrument at the Lujan Center to characterize OH ordering in natural apatite crystals. “Through that experience I learned about other potential applications of neutrons in studying materials. Thus, it dawned on me that neutron diffraction would be ideal to ‘see’ the crystallinity of the interior of these samples without having to destroy them,” he recounted.

While using the SCD instrument for this problem, Nakotte and Rakovan realized that the HIPPO instrument, allowing for texture measurements among other applications, would be able to provide additional data on the gold samples. Several samples also were measured on the HIPPO beamline and the larger probed volume on this instrument indeed provided valuable additional information.

In 2009, the journal Rocks & Minerals published the study, which demonstrated neutron diffraction is the best non-destructive method to establish gold crystallinity of samples that have been formed under the most extreme conditions. At that time, they examined a selection of museum and private collection pieces, discerning which ones were frauds.

While these unusual gold studies open new avenues for geologists, the work underscores a proven capability relevant to other fields, too. Researchers looking to understand the properties of single crystals that are several cubic centimeters in size may need to establish first whether their sample is indeed a single crystal using neutron diffraction. Additionally, researchers that require understanding of single crystal growth procedures or who need single crystals for a specific application, such as scintillators, can find the answers using Lujan Center instruments and expertise.