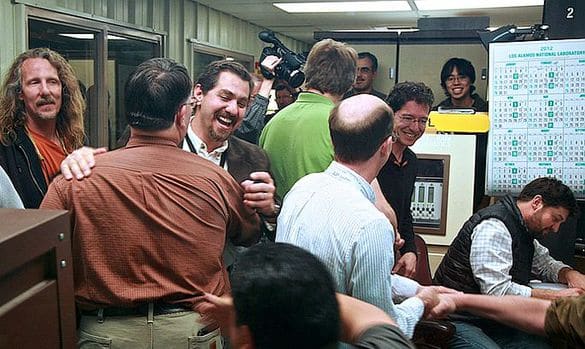 “This is our moon shot, we’ve worked toward this for a decade and a half,” said Chuck Mielke, director of the Pulsed Field Facility at Los Alamos.

The team used the 100-tesla pulsed, multi-shot magnet, a combination of seven coils sets weighing nearly 18,000 pounds and powered by a massive 1,200-megajoule motor generator. There are higher magnetic fields produced elsewhere, but the magnets that create such fields blow themselves to bits in the process. The system at Los Alamos is instead designed to work nondestructively, in the intense 100-tesla realm, on a regular basis. The Los Alamos facility is one of three campuses forming the National High Magnetic Field Laboratory (NHMFL).

“Congratulations to the Los Alamos team and our collaborators,” said LANL Director Charlie McMillan. “Their innovations and creativity are not only breaking barriers in science, but solving national problems in the process.” 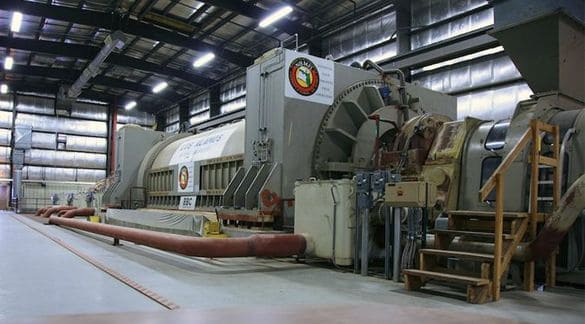 In recent experiments, said Mielke, “the new magnet has allowed our users and staff to pin down the upper critical field of a new form of superconductor, discover two new magnetically ordered states in a material that has eluded scientists for nearly 30 years, observe magneto-quantum oscillations in a high temperature superconductor to unprecedented resolution, determine a topological state of a new material, and discover a new form of magnetic ordering in an advanced magnetic material.”

The LANL team set on August 18 last year a new world record for the strongest magnetic field ever delivered by a nondestructive magnet. The scientists achieved an enormous 97.4 tesla—a magnetic field nearly 100 times more powerful than the giant junkyard car-lifting magnets, and some 30 times stronger than the field delivered during a medical MRI scan. That record was broken this morning as the team ramped up the big magnet again, reaching 98.35 T, with an eye toward the afternoon’s 3-digit event.

Mielke said that since the team’s latest foray into magnetic fields above 90 tesla, they’ve demonstrated that they can measure:

“Now, at 100 tesla, we can focusing our efforts to get multiple user experiments completed in single magnet runs on the big magnets since they are so oversubscribed. More than a dozen people are working together to make this happen here at the Laboratory,” Mielke said.

The ability to create pulses of extremely high magnetic fields nondestructively provides researchers with an unprecedented tool for studying a range of scientific questions: from how materials behave under the influence of very high magnetic fields, to research into the quantum behavior of phase transitions in solids.

Researchers can explore extremes of low temperature and high magnetic field, which will contribute to our understanding of superconductivity, magnetic-field-induced phase transitions, and so-called quantum critical points, in which small changes in materials properties at very low temperature have dramatic effects on physical behavior. The magnet could also be used as a nanoscale microscope.

The Pulsed Field Facility at Los Alamos is one of three campuses of the National High Magnetic Field Laboratory, the other two being at Florida State University, Tallahassee (continuous fields, magnetic resonance, and general headquarters) and the University of Florida Gainesville (ultra-low temperatures at high magnetic fields). The NHMFL is sponsored primarily by the National Science Foundation, Division of Materials Research, with additional support from the State of Florida and the U.S. Department of Energy.