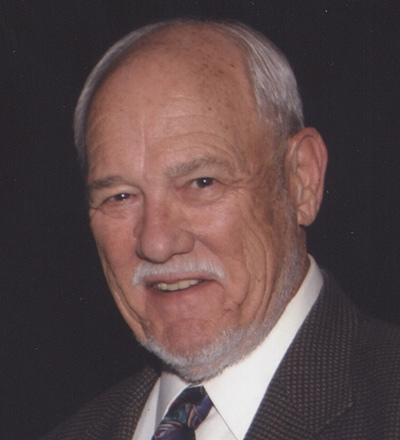 At the most basic level, all life as we know it is dependent on energy. To function, a living entity must either acquire energy or use energy stored within itself or cease to exist as a living entity. In this description, a dormant entity is not living, rather is waiting activation.

As human beings our existence requires a continuing source of energy. Indeed the evolution and complexity of our diverse life support structure has increased our need for energy many fold.  But how do we measure it? In terms we can fathom? In terms that not only reflect what energy can do but also embrace the consequences for our environment; its balance, its gains, and its losses? One way is to examine photosynthesis and carbon dioxide.

In 1956, Gilbert N Plass’ manuscript titled “The Carbon Dioxide Theory of Climate Change” was published. On page 143 there is a very insightful table titled “Major factors in the CO2 balance at the present time” showing the extraction and addition of CO2 from the atmosphere.  Here are the data: 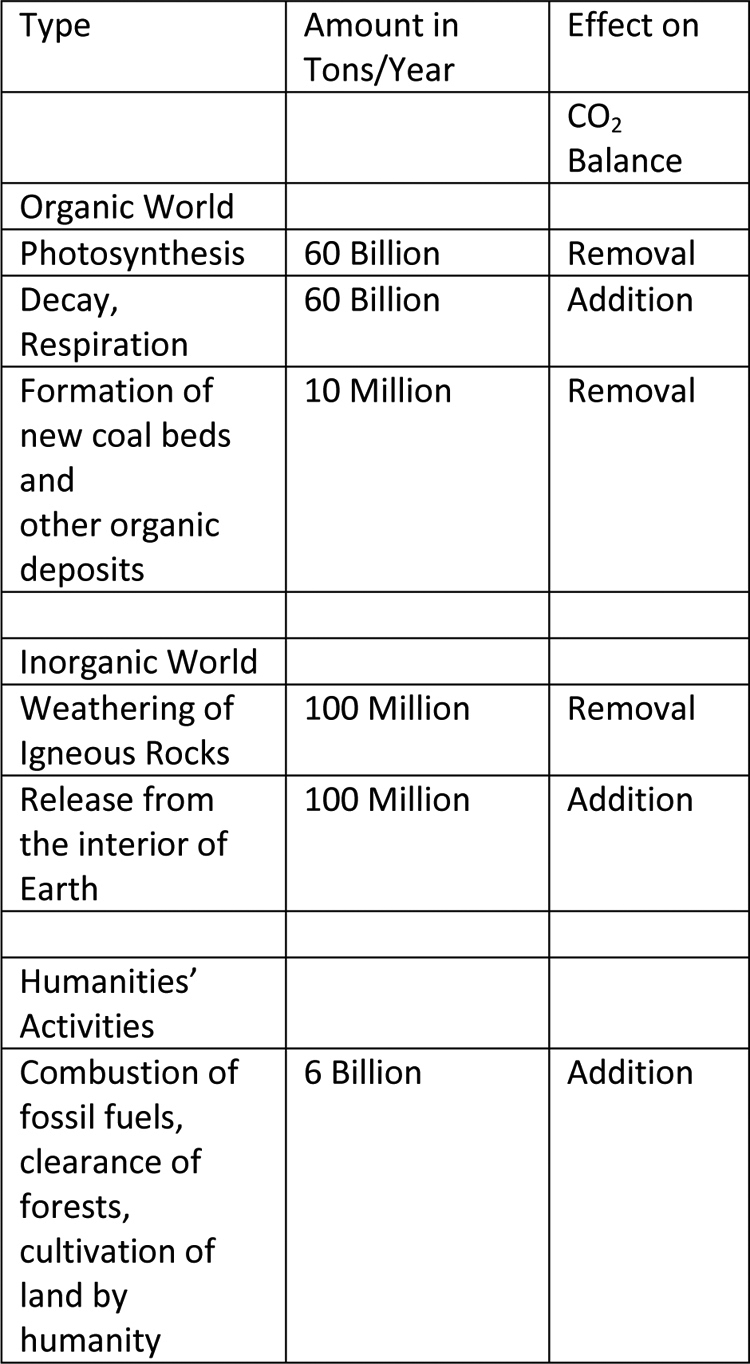 While this table is about CO2 addition to and removal from the atmosphere and is most concerned with the trapping of heat (energy), it infers the balance of solar energy received by Earth and the release of Energy from Earth.  Note the release of additional stored energy by humanity.

On planet Earth we have two sources of energy in our common perspective. Obviously, radiant energy from the sun is used in a complex manner that allows maintaining the temperature of Earth in a range permitting the existence of life forms as we know them. Based on the data above and ignoring humanity’s contribution, this energy level, energy provided minus energy lost, provides for a steady state balance as long as some catastrophic event does not occur such as a meteor strike. Steady state may be arguable, however, when the non-human ages of the world are considered.

The second source of energy is that stored on planet Earth itself (originally from solar energy) and used by humanity. Look at the value for the formation of new coal beds and other organic deposits. While generally stored in chemical bonds, some also is maintained in nuclear structures. But the focus here is energy stored through conversion of solar energy. For example, when a piece of wood is burned, oxygen combines with elements and/or molecules that constitute the wood and release energy as well as other stuff including CO2.

It can be argued that world energy is the product of solar radiant energy converted to stored chemical energy through the process of photosynthesis. But for the purpose of this discussion, it is stored energy available for use or waste only when a chemical reaction occurs. Of course, when the tree dies it becomes part of the biomass and decays, releasing some, if not all, of the stored energy.

Other stored energy exists on or in Earth that was created over millennia in many different forms, most commonly recognized as coal, oil and natural gas. One also might be tempted to include materials such as uranium.  While these energy stores may have been created indirectly by solar energy (energy is energy), they are finite in amount and represent essentially non-renewable energy sources (compare photosynthesis with formation of new coal beds, etc.  A factor of 6 thousand.) – at least with our knowledge today. These same energy sources when released are major contributors to the excess energy being released by humankind as noted in the Plass numbers above.

Humankind has a need for available energy to sustain itself, be it stored or consumed on receipt. Obviously, reducing carbon-based storage is desirable. One can imagine using solar energy to separate hydrogen and oxygen in water and when energy is required, simply make water again. In the process solar energy must be converted into a form that permits the separation of hydrogen and oxygen. While the oxygen probably can be released into the atmospheric storage system, the hydrogen must be stored another way. Then, when needed, the hydrogen must be recombined with the oxygen and the heat must be converted into a form useful to us mere humans.

The question becomes what is the efficiency of the process? Efficiency? Consider air conditioning. The temperature outside is pushing 100 degrees Fahrenheit, ok, 37.78 degrees Celsius, but inside it is a comfortable 75 degrees Fahrenheit. What is the real cost in terms of energy used? Or, how much energy is lost and propagated back into the atmosphere? A rough guess is 67 percent of the energy you actually see as the consumer. Not just the losses in your air conditioner, but also the losses associated with making and distributing the energy to you to run your air conditioner. All you have really done is change the storage location of some energy from your house to the greater atmospheric store. And the pesky engineer will quickly calculate a 100 percent loss when s/he considers the overall heat flow.

Finally, as hinted above, there is a cost of getting energy to you, where you need it. Not the manufacturing or generation part, albeit there are concerns here. Rather, the distribution of energy products to the consumer has a cost. Be the energy product be carbon-based fuel oil, natural gas, or electrical, there is a cost of distribution, both in the monetary sense and in energy lost.

The Los Alamos World Futures Institute website is at LAWorldFutures.org. Feedback, volunteers and donations (501.c.3) are welcome. Email andy.andrews@laworldfutres.org or bob.nolen@laworldfutures.org. Previously published columns can be found at ladailypost.com or www.laworldfutures.org.