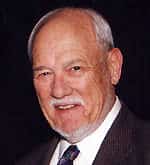 In the previous column (Part Three) we ended with a question about statistics and its uses – investing, making money, providing governance, managing the budget, making choices, or something else.

As an example, consider baseball, professional baseball. For the vast majority of us, baseball is a form of entertainment as well as a sometimes highly emotional activity (are you a Yankees or a Red Sox fan?) without any real consequence other than bragging rights, unless, of course, you are betting on the outcome.

At the end of the season, however, bills need to be paid, the payroll needs to be met, and, hopefully, the owner has made a profit. In simple terms, revenues minus costs is intended to be a positive number.

I would argue that they were created to earn money by providing entertainment and they survived because they do make money. But how? What does it take for a team to make money, to sell tickets?

“Winning isn’t everything; it’s the only thing,” according to UCLA Bruins football coach Henry Russell (“Red”) Sanders, but often mistakenly attributed to Vince Lombardi. If a team does not consistently win, it will not make money. Fan interest is essential since fans buy tickets and fans want to win. But fans also want to compare teams and players and assess the chances of winning.

In the very early years of baseball, Henry Chadwick, an amateur statistician and writer, played a very important role in developing public perception of the game. A significant element of his work, besides writing, was the use of statistics in articles. For example, he is credited with creating the baseball box score (in 1858) as an adaption from the cricket scorecard. It gave not only statisticians a summary of individual and team performance for a given game but fans also.

If you are a fan of any sport and have a favorite team, you want to know what is going on. After all, you buy tickets and contribute to TV ratings (another statistic).

In the early days, the statistics were simple. Won-loss records, runs scored, batting averages (hits per at bats), and simplified pitching performance. When I was a boy, I remember these statistics in the newspapers. If the San Diego Padres (a team in the Pacific Coast League) was playing the Hollywood Stars, I wanted to know the Padres’ chances (probability of winning). I focused on one game, but the team focused on the season. In 1950, the Oakland Oaks won the championship (pennant) and the Padres were second.

Then came the computer and baseball statistics changed, at least in my perception. Today, there are 43 batting, seven base running, 54 pitching, five fielding, and five general statistics maintained as well as overall player value assessment. In the general statistics category there is even the Pythagorean expectation, an estimate of a team’s expected winning percentage based on runs scored and allowed. It’s complicated. What’s it good for?

To make money with a baseball team you want to minimize the payroll while maximizing incoming money, which affects ticket sales. Can you look at player performance data (statistics), compare it to salary requirements and find the hidden treasures – top performers at low prices? And can you match your roster such that players are complementary in order to do the best with team statistics? If ticket demand, prices, and sales go up while payroll goes down, it’s win-win for the owner.

In 2002, Billy Beane was the general manager of the Oakland Athletics. He wanted the team to do better but he had financial constraints – he did have to report to the owner. Beane hired Peter Brand, a Yale economics graduate with different ideas about how to assess player value. Beane and Brand used sabermetrics to build the Oakland team.

In fairness, it was not shabby when they started. The example of success spread rapidly and, in my opinion, is the controlling metric of baseball management today. It is used for player compensation, prediction of future team and player performance, and the value of a player to a team. It is statistics. You can learn more by watching Moneyball.

This is one example of statistics being used to closely assess performance that affects individual and collective futures. Of course, one can say it goes with being a “professional anybody” that is in the public eye. But where else are statistics used?