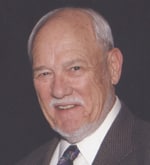 By ANDY ANDREWS
Los Alamos World Futures Institute
In the previous column we looked at corporate social responsibility, the self-regulation a business imposes on itself for the good of society.In the reading I have done, there is debate about the terms social responsibility and moral responsibility and, since this column delves into social versus moral responsibility, it is best to begin with some abbreviated definitions from Merriam-Webster.
Social means of or relating to human society, the interaction of the individual and the group, or the welfare of human beings as members of society, the interaction of the individual and the group, or the welfare of human beings as members of society. In my imagining of the bubble model, this includes all bubbles, big and small. And every bubble of two or more individual bubbles is a social entity. Moral means of or relating to principles of right and wrong in behavior and making ethical judgments. It also means conforming to the standard of right behavior.
In the bubble model, the term society describes the infinite array of bubbles in the universe and, by implication, the environment that supports its survival. When bubbles amass, they create a smaller or sub-society as well as laws and regulations for conduct and, perhaps, sets of morals. In the case of the Volkswagen diesel emissions scandal (introduced in the last column), the company was fined for breaking U.S. emissions standards, but what about its responsibility to the global society and supporting environment? And what about the individual bubbles in Volkswagen that decided to take the risk as well as the individuals that worked on the VW subterfuge?
In the 2015 BBC television film An Inspector Calls (available on Amazon and, I believe Netflix) the issue of moral and social responsibility is explored indirectly through drama. Set in 1912 England, the film explores the suicide of a young woman named Eva Smith. Written by Helen Edmundson and based on the 1945 play of the same title by J.D. Priestley, it was first performed in the USSR and is said to reflect Priestley’s socialist political principles.
Putting politics aside, Eva Smith is fired by Arthur Birling, the owner of the company, because she is protesting for a wage increase for both herself and her fellow workers. Remember, Smith is a woman and it is 1912. To set the environment scene better, in the United States the 19th amendment to the Constitution granting women the right to vote was ratified on August 18, 1920. Birling offers Smith a raise and a promotion, which Smith declines because of her loyalty to the other women workers. Birling had to make a decision. Was he morally responsible with regard to Smith or did he have duties to the company? Of course, the plot thickens. Watch the TV movie, preferably with others, and then discuss moral and social responsibility of each character.
Moral responsibility deals with deserving praise, blame, reward or punishment for an act or not taking action. It is based on cultural values that form the basis of social norms, laws, customs and practices. Per Wikipedia Moral Psychology, “a moral act refers to an act that entails free will, purity, liberty, honesty and meaning. Immoral acts embrace corruption and fraudulence.”
Return to Volkswagen and the diesel emissions testing. What was the company’s moral responsibility versus the moral responsibility of the decision makers? Or should we be considering social responsibility which is an ethical framework where all bubbles (individual and larger) are obligated to act for the benefit of society at large. Treading on dangerous ground, did J. Robert Oppenheimer act socially and responsibly in leading the Manhattan Project? For the record, I say yes. What was the context of the time? Very large bubbles were in conflict. At war! How does the context of the decision affect the assessment of responsibility, be it social or moral?
Recently, there has been media programming (called news) about information gathered by companies of the web. Every time you visit certain websites, every action you take or selection you make is recorded and analyzed to build an image of you. Somebody commits a heinous crime and immediately it is broadcast that the bad person had exhibited his or her intent on social media. We should have known! And we should have interceded before the crime.
When my spouse and I sit down for some evening TV, we often go to Netflix. If I am in control of the controller, I go to her account and am presented with a selection of movies based on her preferences. Netflix has been following her viewing habits to better serve her. Good. If you are a regular customer at a restaurant, you expect them to have some insight into you preferences. But what if Netflix sells their knowledge of your preferences to someone else (they don’t). But what if the platform includes advertising to sell you stuff and it’s focused on your preferences? Probably it is OK. Maybe. Well, what is the stuff? And what if it is information, wanted or not, true or not? More importantly, perhaps, what is your responsibility in accessing the information, reviewing it, assessing it, and perhaps passing it on with your endorsement?
Till next time….
The Los Alamos World Futures Institute website is LAWorldFutures.org. Feedback, volunteers, and donations (501.c.3) are welcome. Email andy.andrews@laworldfutres.org or bob.nolen@laworldfutures.org. Previously published columns can be found at www.ladailypost.com or www.laworldfutures.org.
Menu
Los Alamos
43°
Fair
6:35am5:59pm MST
Feels like: 34°F
Wind: 16mph WSW
Humidity: 14%
Pressure: 29.8"Hg
UV index: 0
SunMonTue
37/23°F
39/25°F
48/30°F
Weather forecast Los Alamos, New Mexico ▸