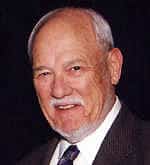 By ANDY ANDREWS
Los Alamos World Futures Institute
In the late 1980s, my group at LANL held a distance learning conference and engaged some of the distinguished attendees in a discussion of “distance medicine.”
While it was totally imaginary, at least at that time, the response was very, very clear. In a remote community, an individual was studying medicine in pursuit of becoming a fully licensed medical doctor. The student had nearly completed his or her studies with straight A’s and very shortly would become a license practicing physician, finally providing the rural community resident medical services. Further, should it be necessary, the new doctor could be assisted via computer by an expert doctor at a renowned hospital.
A patient was brought to the remote infirmary in great pain in the lower right side of the body. After examination by the soon-to-be doctor, it was determined the patient had a ruptured appendix. The question was should the soon-to-be doctor perform the surgery with the coaching of the distant expert surgeon?
After all, he had remotely passed all of his/her distance courses with top grades, remotely viewed operations, and he/she could be supervised by an expert through telecommunications. While the debate was heated, as one might expect, there was no final agreement, no final determination of right or wrong.
Flash forward to 2018. Today about 20 percent of blind people live in India and, as you might expect, the population is aggressively pursuing the treatment of eye disease. The effort is led by the Aravind Eye Hospital system headquartered in Tamil Nadu, India. The organization has established a network of rural “teleconsultation” centers where trained technicians examine and photograph electronically nearly 2,000 patients a day. The images are transmitted to one of the hospitals where a real doctor does the diagnosis and determines what treatment is necessary. Sounds good in that it increases the availability of screening and treatment to a larger portion of the population. It is a matter of improving the efficiency of the medical system to allow greater coverage.
Four years ago Aravind began working with Google to automate the detection of diabetic retinopathy, an eye disease associated with diabetes that can lead to blindness. Of India’s population of 1.343 billion people, 74 million have diabetes, or 5.5 percent of the population. How does a country conduct 74 million annual medical eye screenings a year and ensure a real doctor does the evaluation?
If an algorithmic system is employed (almost a necessity) how is the algorithm defined, how do false positive and negatives affect the system, and what is right and wrong ethically? How many people must be affected by the malady and who pays for it?
Change direction a bit (or a byte?). Almost every adult in the United States is measured and “datafied” in cyber space by a number that affects what you can and cannot do in your life. It is not measured by the government, it is not a medical diagnosis, and it is not a record of legal activity such as a traffic ticket. It is your “credit” score, an abstract number based on an algorithm or algorithms that brand you. In itself it is neither good nor bad, merely an abstraction that affects your ability to act in financial markets. Yet it is often affected by chance, luck, bad luck or simply data error and affects your ability to recover, to get ahead, and to prosper.
In today’s world everything you do dealing with money is being recorded.
Okay, paying for your cup of coffee with cash is not recorded. But if you use your debit or credit card it is. What can be tracked and, more importantly, what should be tracked? What is right and wrong in tracking individual behavior and what is right and wrong in the transition to a world of only electronic cash?
Now consider another scenario. It is five p.m. on Friday and you had a really bad day at work, not because of business but because of a really mean argument you had about of ethics. You decide you need to stop at Hattie and Jake’s Tavern on Northeim, Wisconsin to relax and direct your self-driving car to take you there.
The tavern is alive with warmth and friendliness and you relax and imbibe. Two hours later, after five martinis, shaken not stirred, you get into your self-driving car and tell it to take you home. Unfortunately, your self-driving car, ruled by algorithms, is not infinitely smart and gets into a fender bender. Are you guiltu of driving under the influence?
The first example above deals with the ethics of the populace helping individuals. The second example deals with the ethics of measuring and assessing people individually based on mass data statistics and the loss of individualism. The third example deals with the ethical responsibility of the individual to the
population. All three deal with ethics influenced by an accelerating technological revolution. What is right and wrong and how do we embrace accelerating ethical change?
How about artificial Intelligence? Till next time….
The Los Alamos World Futures Institute web site is at LAWorldFutures.org.
Feedback, volunteers, and donations (501.c.3) are welcome. Email andy.andrews@laworldfutres.org or bob.nolen@laworldfutures.org. Previously published articles can be found here or here.
Menu
Los Alamos
88°
Sunny
5:48am8:23pm MDT
Feels like: 88°F
Wind: 5mph NE
Humidity: 11%
Pressure: 29.86"Hg
UV index: 10
TueWedThu
90/64°F
91/64°F
88/64°F
Weather forecast Los Alamos, New Mexico ▸