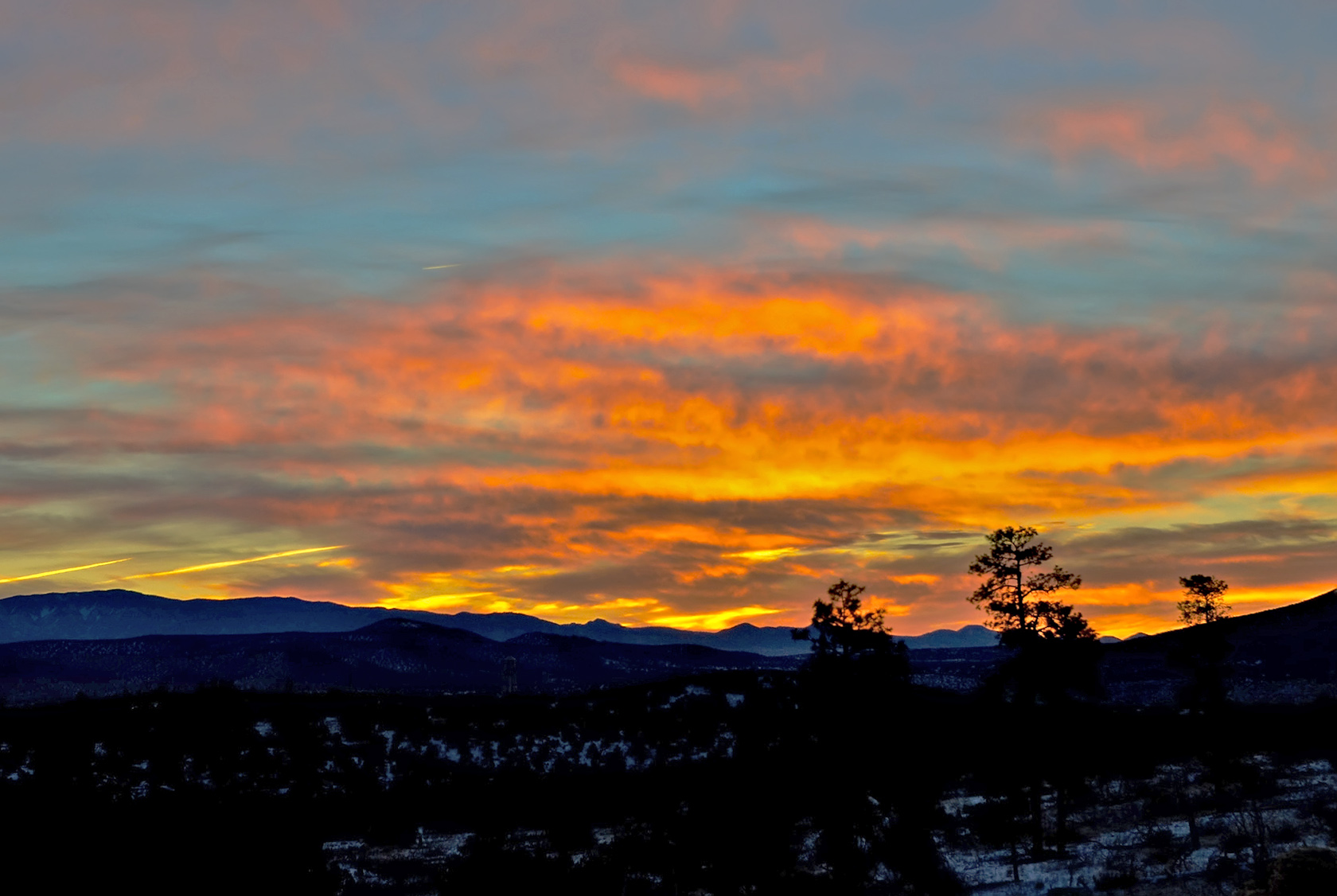 The eastern sky driving into Bandelier National Monument at about 7 a.m. Friday for the winter solstice. Photo by TK Thompson/ladailypost.com 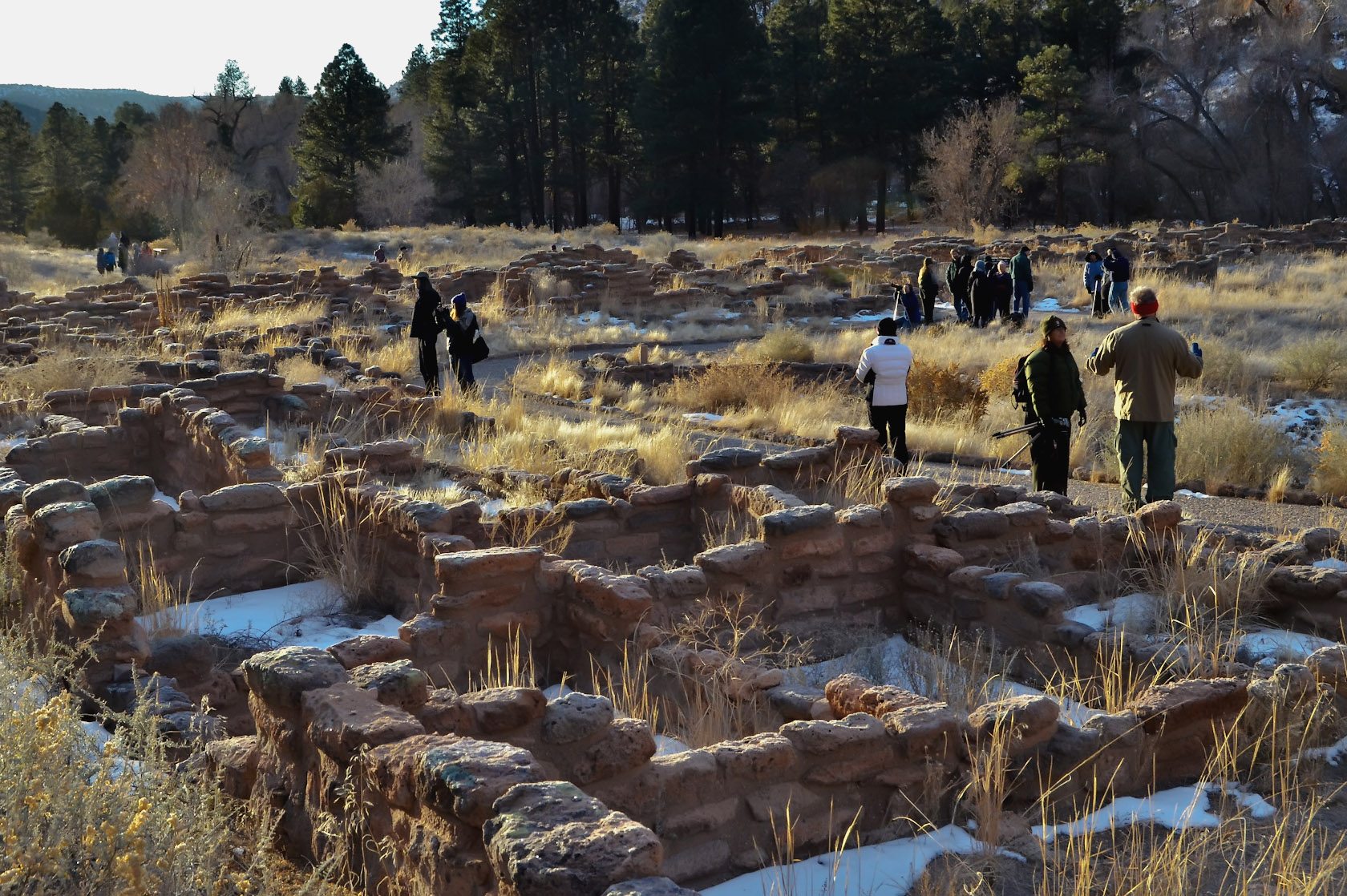 People mill about the Tyuonyi Peublo ruins after the sun showed itself. Photo by TK Thompson/ladailypost.com

About 25 people braved the balmy 12 degree weather at 7:15 a.m. Friday, Dec. 21 to view the sunrise over the Tyuonyi Pueblo Ruins at Bandelier National Monument for the winter solstice.

The December solstice occurs when the sun reaches its most southerly declination of -23.5 degrees. In other words, it is when the North Pole is tilted 23.5 degrees away from the sun.

The sun is directly overhead on the Tropic of Capricorn in the southern hemisphere during the December solstice. It also marks the longest day of the year in terms of daylight hours for those living south of the equator.

Those living or travelling south from the Antarctic Circle towards the South Pole will see the midnight sun during this time of the year.

On the contrary, for an observer in the northern hemisphere, the December solstice marks the day of the year with the least hours of daylight.

Those living or traveling north of the Arctic Circle towards the North Pole will not be able to see the sun during this time of the year. 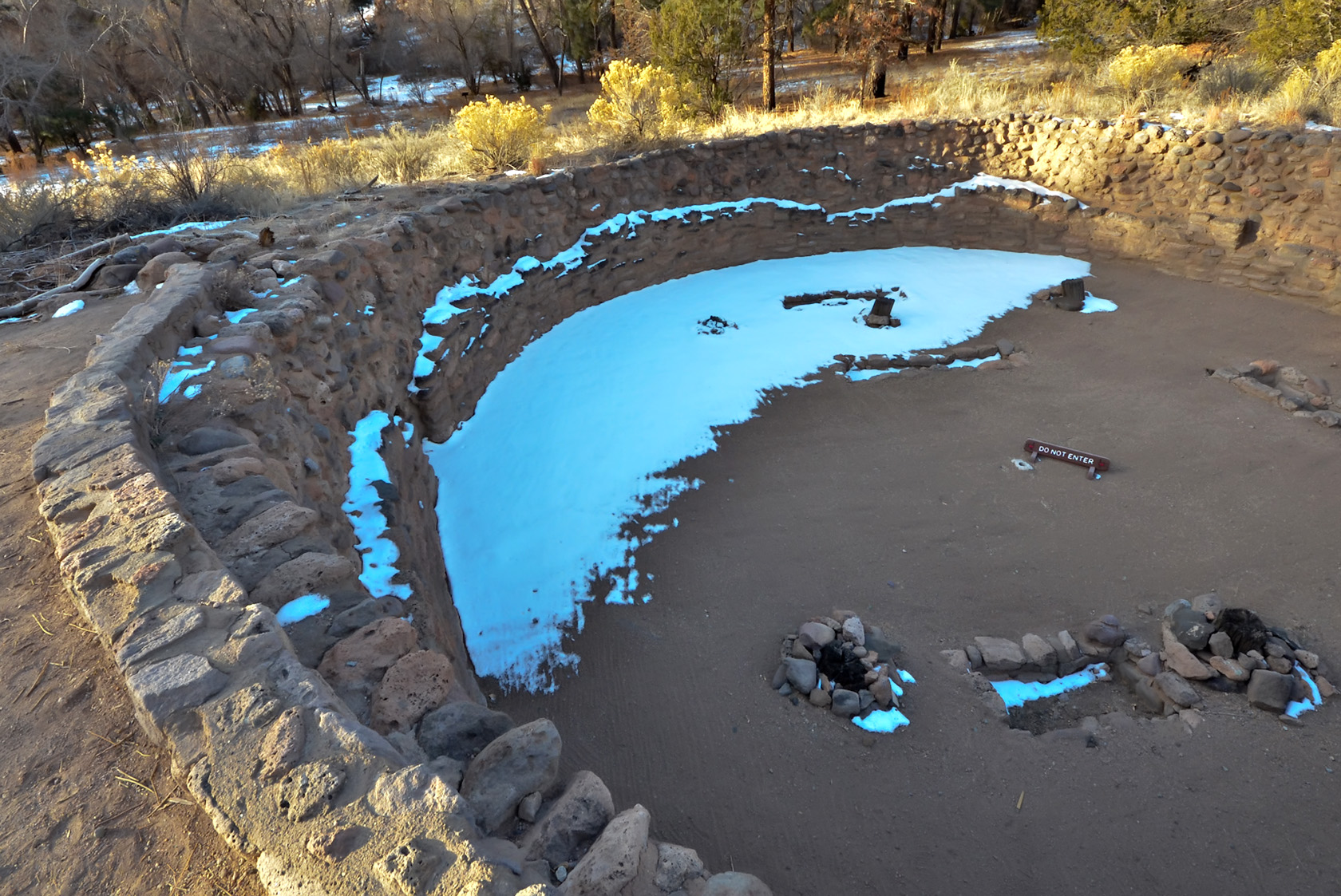 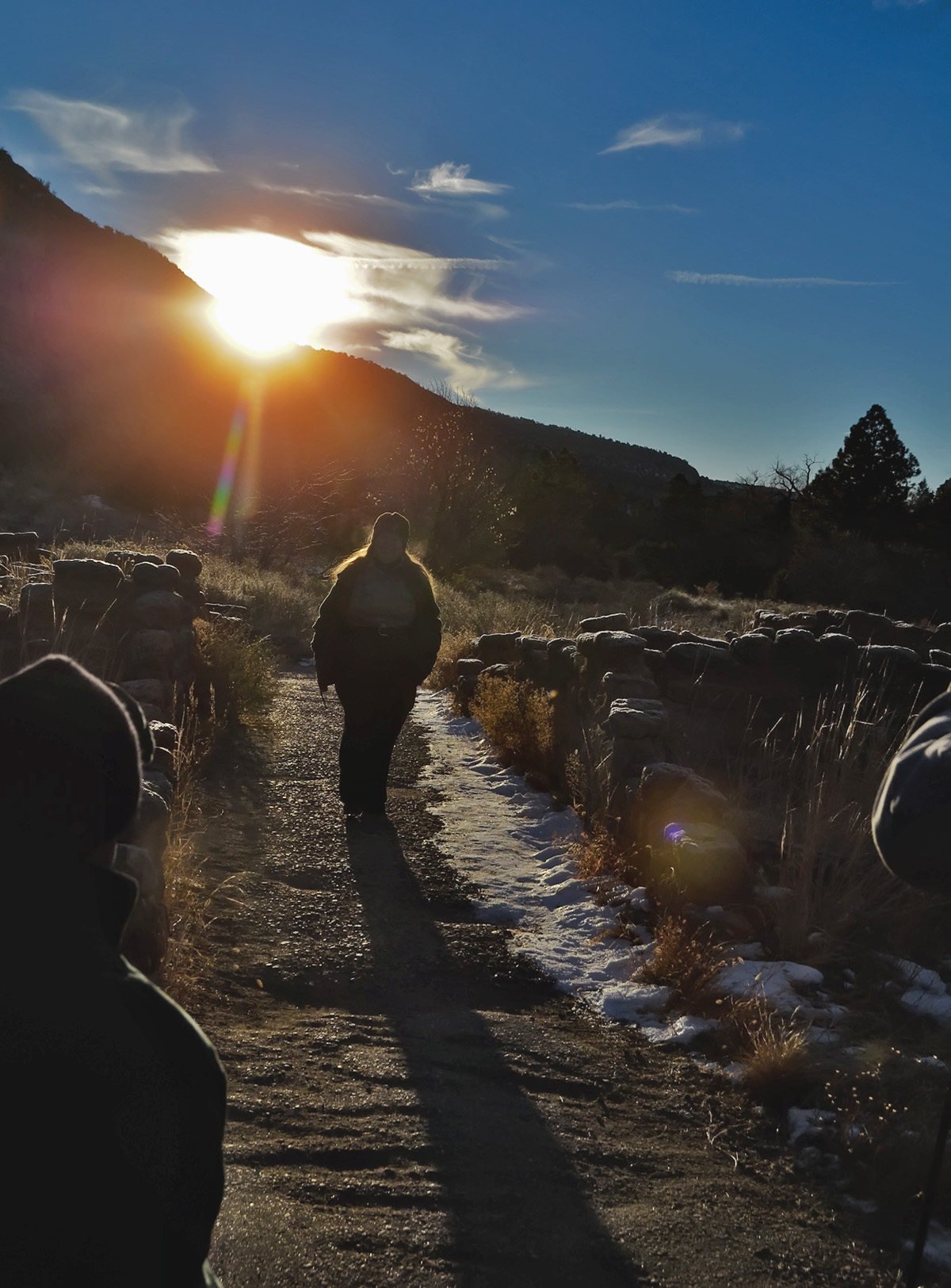 Bandelier Ranger Chris Judson casts her shadow down the entry path to Tyuonyi Pueblo as the sun clears the cliffs Dec. 21, the winter solstice. Photo by TK Thompson/ladailypost.com 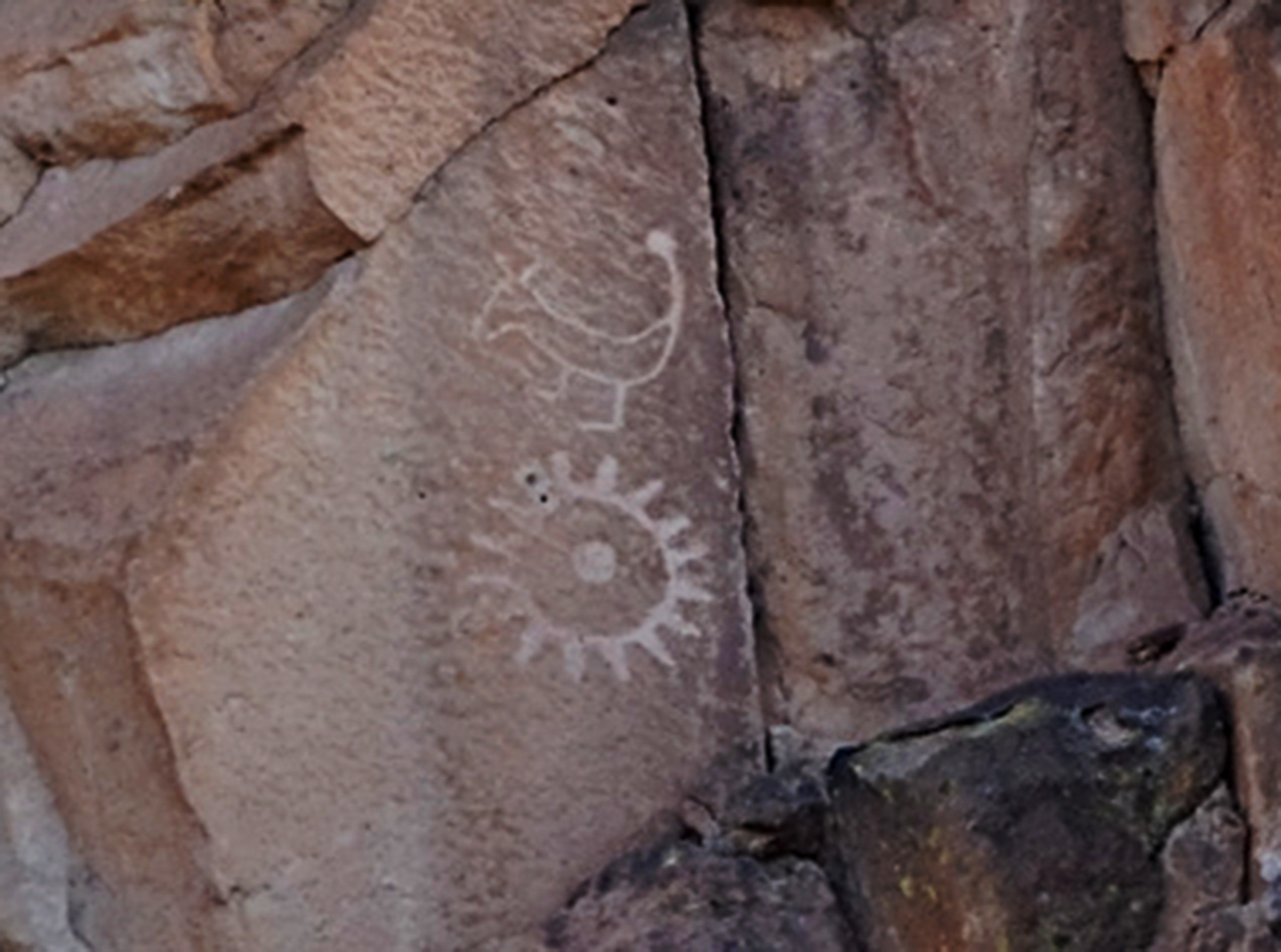 Petroglyphs high on the cliff wall above the Talus House. Photo by TK Thompson/ladailypost.com 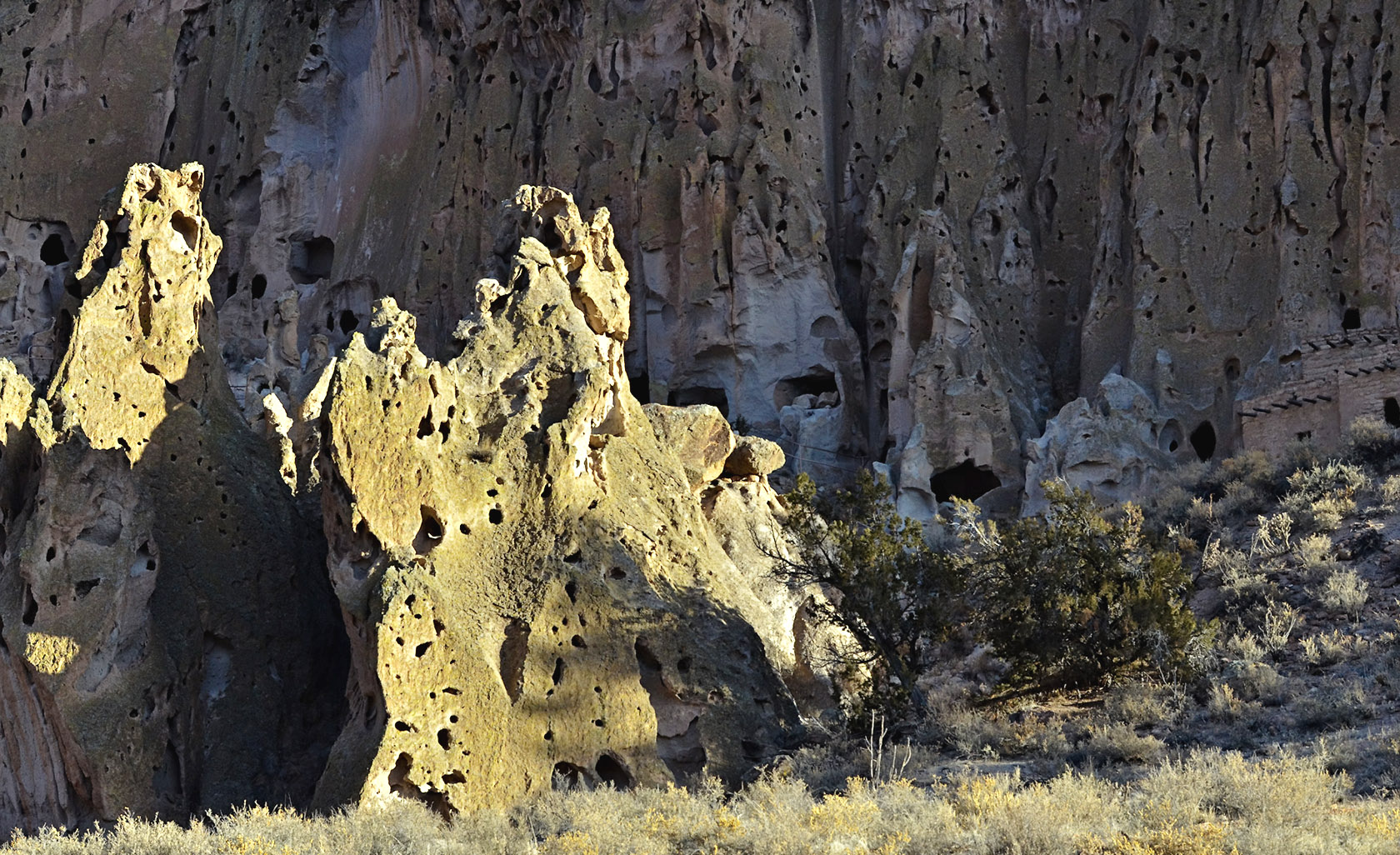