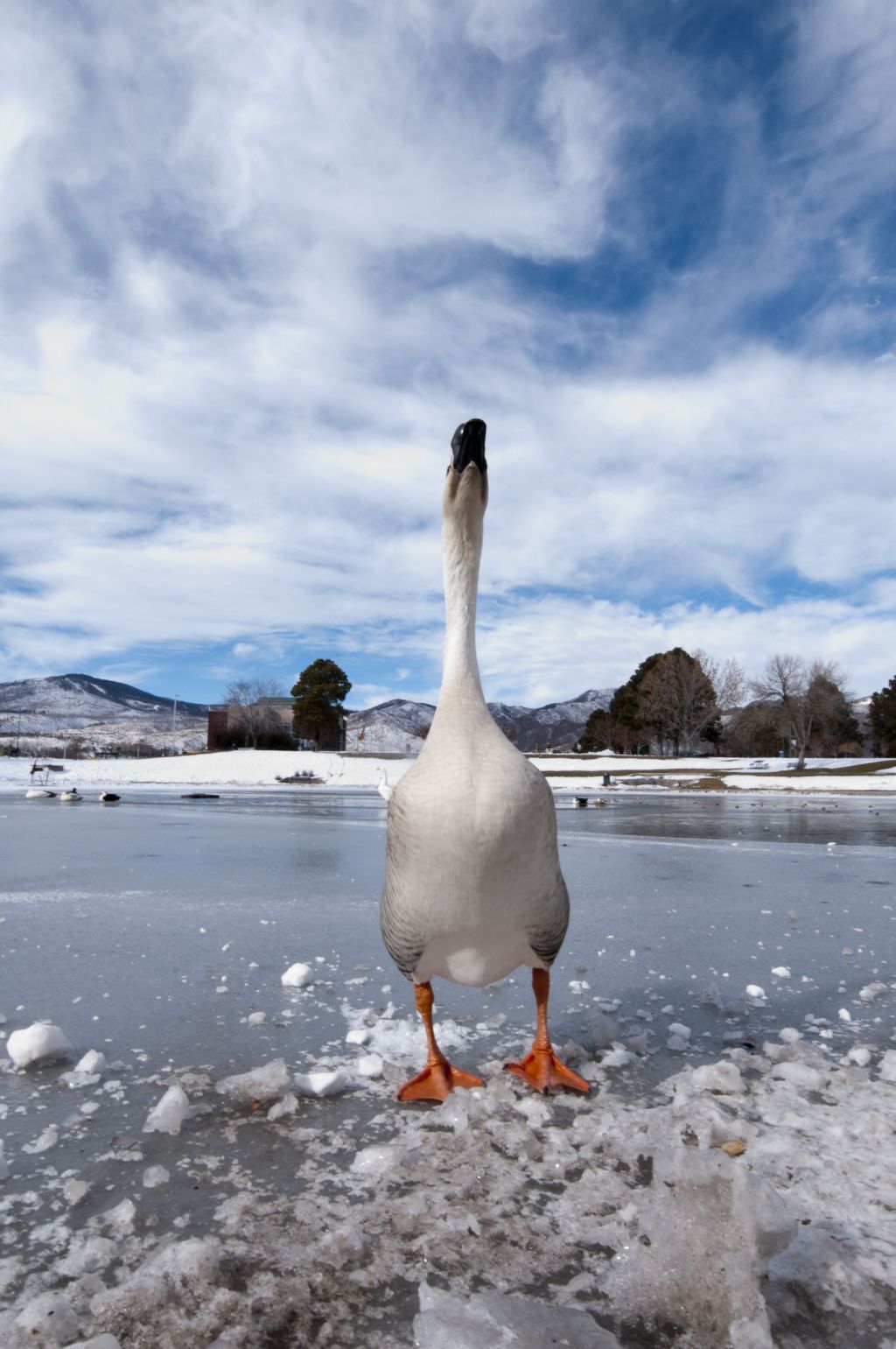 An Ashley Pond goose heralds in the winter solstice. Photo by Greg Kendall/ladailypost.com 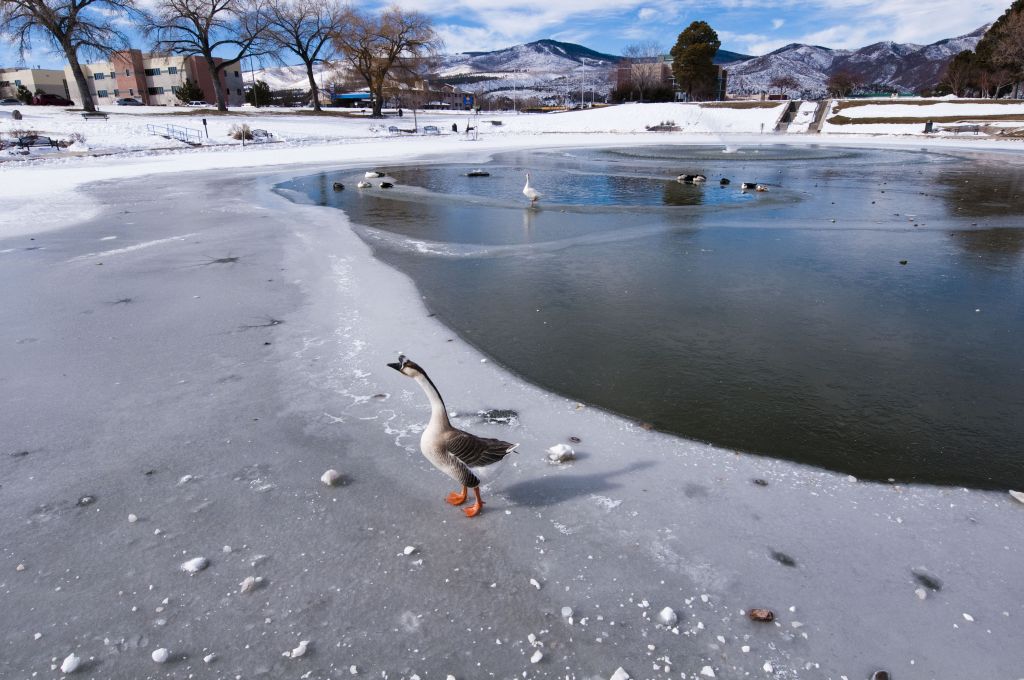 Ducks and geese at the nearly frozen Ashley Pond during winter solstice. Photo by Greg Kendall/ladailypost.com 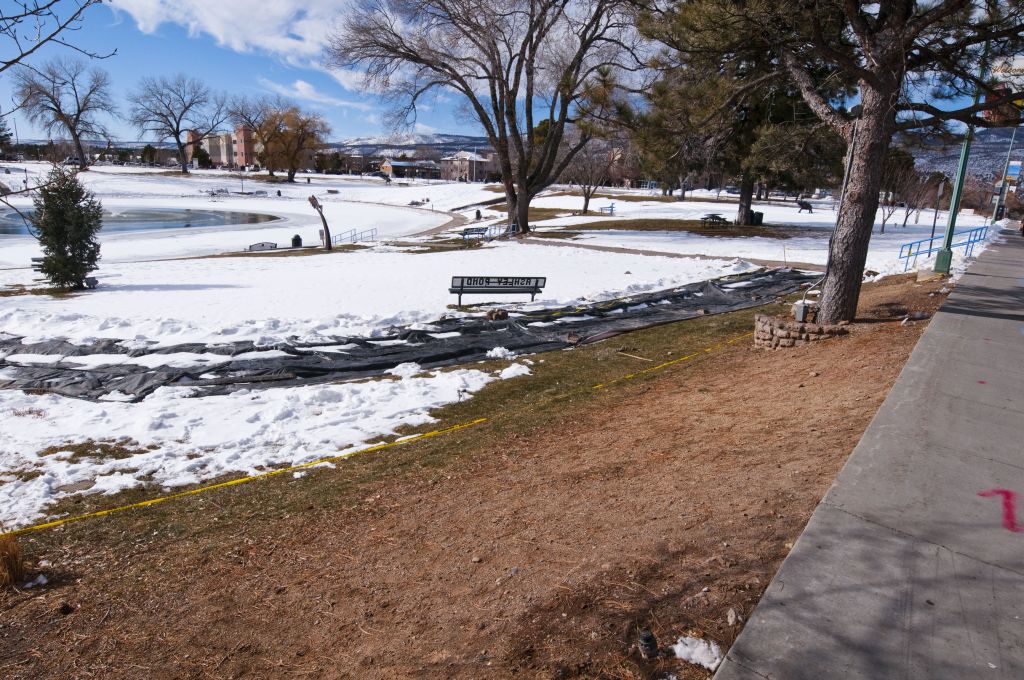 The County has laid the groundwork for construction of an ADA compliant pathway at Ashley Pond. Photo by Greg Kendall/ladailypost.com

Pouring cement is the County’s next step in creating an American’s with Disabilities Act (ADA) compliant pathway from Central Avenue to Ashley Pond.

The local nonprofit organization, LA Walks, obtained funding for the pathway’s ADA compliant design through a grant, which is part of the New Mexico Pedestrian Safety and Walkability Initiative Program administered by the New Mexico Statewide Walkability Advocacy Group (SWAG.)

The pathway design work was coordinated with the Los Alamos County Parks Department to interface with other improvements of the Ashley Pond CIP.
The path is intended to be a connection within the Historic District between Fuller Lodge and Ashley Pond, starting from a petite “plaza” space just west of the stairs and visible from Fuller Lodge.
The plaza area creates a stopping and pond viewing space shaded from planned landscaping. Its path will curve to reach grass level and continue at an ADA compliant grade, crossing the existing steps-and-sidewalk path to enable walkers to choose either route.
June Ryti, a founding member of LA Walks and an inspiration to LA Walks understanding of ADA issues, influenced the new pathway.
Ryti, 91, was physically disabled and before her recent death, had traveled by scooter from her condominium throughout downtown Los Alamos.
Menu
LOS ALAMOS