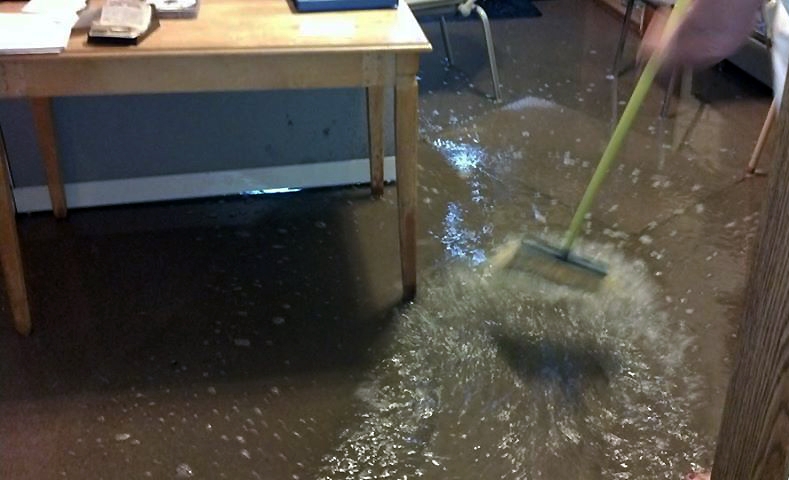 Friday’s torrential storm floods the floors at the PAC 8 Studio in the lower level of the Los Alamos Community Building at the corner of Central Avenue and 20th Street. Photo by Greg Kendall/ladailypost.com 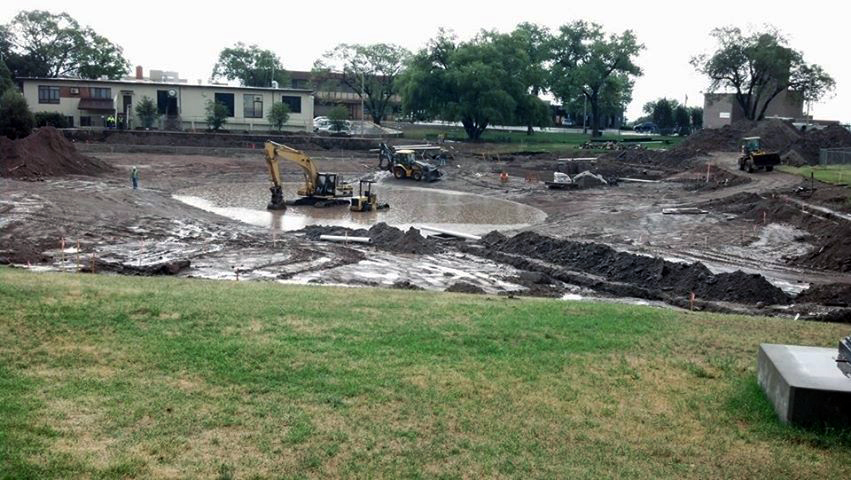 Friday was a wild day throughout Los Alamos County with flooded buildings, power outages and rockslides.

Lightning and thunder pounded the area. Los Alamos Fire Department reported its dispatch radios were down and switched over to an alternate system.

Floors flooded at the PAC 8 Studio in the basement of the Community Building in downtown Los Alamos. A basement in a building at Los Alamos National Laboratory also took on water, according to reports.

Friday’s fierce storm blew water and debris under doors and through open guillotine gates at the Los Alamos County Animal Shelter on East Road. The cat room floor filled with an inch of water. The shelter reported that mopping, washing and cleanup efforts took several hours.

The excavated Ashley Pond began filling with water. Having experienced the annual monsoons in Los Alamos, newly retired Parks Manager Dick McIntyre commented that he had warned the project contractor to build a cofferdam ahead of the rainy season, which typically begins in early July.