Who Calls the Shots When it Comes to Vaccines? 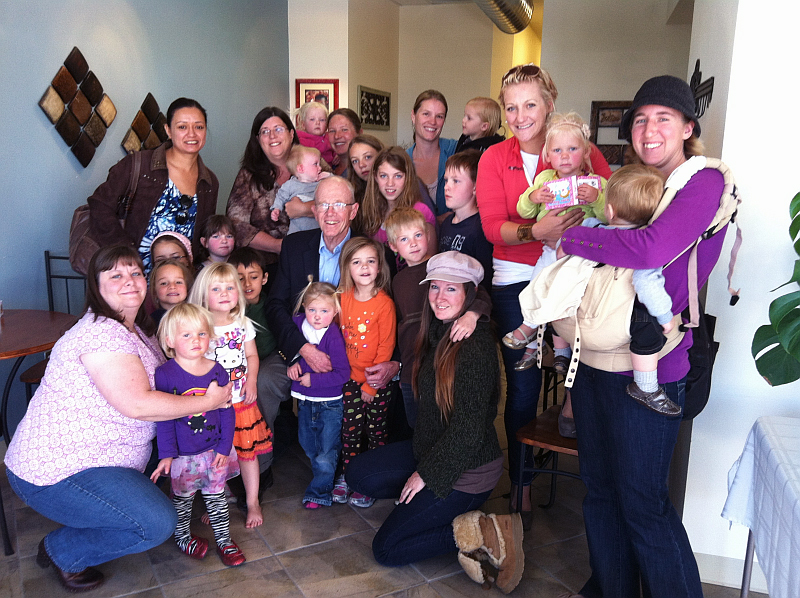 Kristy Mack had concerns about giving her son the chicken pox vaccine when she was eight months pregnant because she didn’t want to risk harming her unborn child.

The doctor agreed to delay the shot. Her son eventually received all of his shots. But if he had been attending preschool, he would have had to file a vaccination exemption with the State Department of Health.

If his waiver had been denied, he wouldn’t be able to go to preschool.

The waiver forms have been changed. Now parents are required to state their specific religious reason for exemption.

Further, requests have been denied at a noticeably higher rate. The law concerning vaccines hasn’t changed; it’s just that the Department of Health is interpreting the law more strictly.

On Tuesday, a group of concerned parents met with Rep Jim Hall, R-Los Alamos, Sandoval and Santa Fe, at Grace Vineyard Church to find out how to protect their parental rights.

“Even though my son is fully vaccinated, I believe that parents should have the right to do what’s best for their children, and not all kids are the same,” Mack said. “The government has a one-size-fits-all strategy that doesn’t work for every child.”

“My biggest concern is someone telling me that I have to do something, without even knowing what’s best for my child,” said Vivian Westfall, mother of three girls who have severe allergies. “Who are the people who are making these decisions and what are their criteria? I’m not going to sign away my rights and absolve doctors and drug companies of any vaccination injury that they might inflict on my child.”

Hall said, “I’m concerned with this intensive business of hitting young children with these medicines in their formative years without fully understanding the consequences.”

These mothers object to the way the State of New Mexico adds shots to the list without any input from parents, and the scare tactics used in the vaccine marketing materials.

Since 1983, the list of shots that the Centers for Disease Control recommends a child receive has grown from 10 shots to 38.

“I’m concerned that the waiver process is making this all about religious freedom rather than my right to make informed medical decisions for my family,” said Tara Mara, mother of three. “By far, the majority of parents will follow the CDC’s recommended schedule, but parents need a legitimate process to say no.

How much control are we willing to hand over to the government?

“I don’t go to church, but that doesn’t mean that this isn’t a deeply held religious belief,” Halo Golden said.

“My first reaction was to home school my kids, but I don’t even think I can do that,” said another mom who pointed out that if you’re denied exemption, home schooling is not the solution because you’re still required to have the waiver.”

“I want to give parents as many choices as possible and as much power as possible,” Hall said. “I am very comfortable with a parent talking to a doctor and determining what is necessary. There’s nothing stronger than a group of people who really care about something. This group may be in a unique position to change this, because the education level and parental involvement of the mothers is very high.”