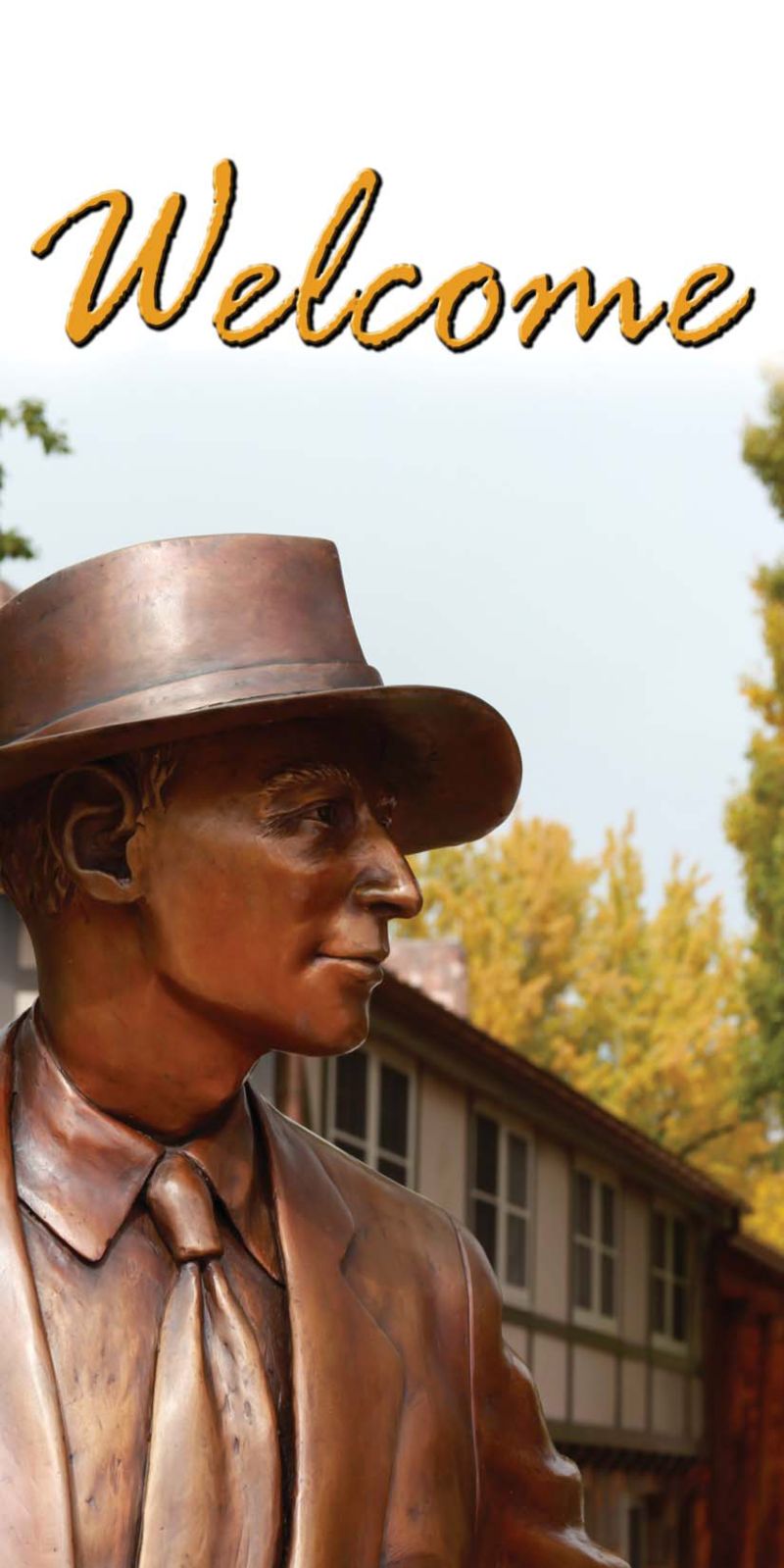 Streetlight banners were installed today on the poles lining N.M. 4 in White Rock. County photographer/graphic designer Leslie Bucklin created the banners from photographs she has taken of the area, which compliment the banners she created that are lining Central Avenue in Los Alamos. Photo by Carol A. Clark/ladailypost.com 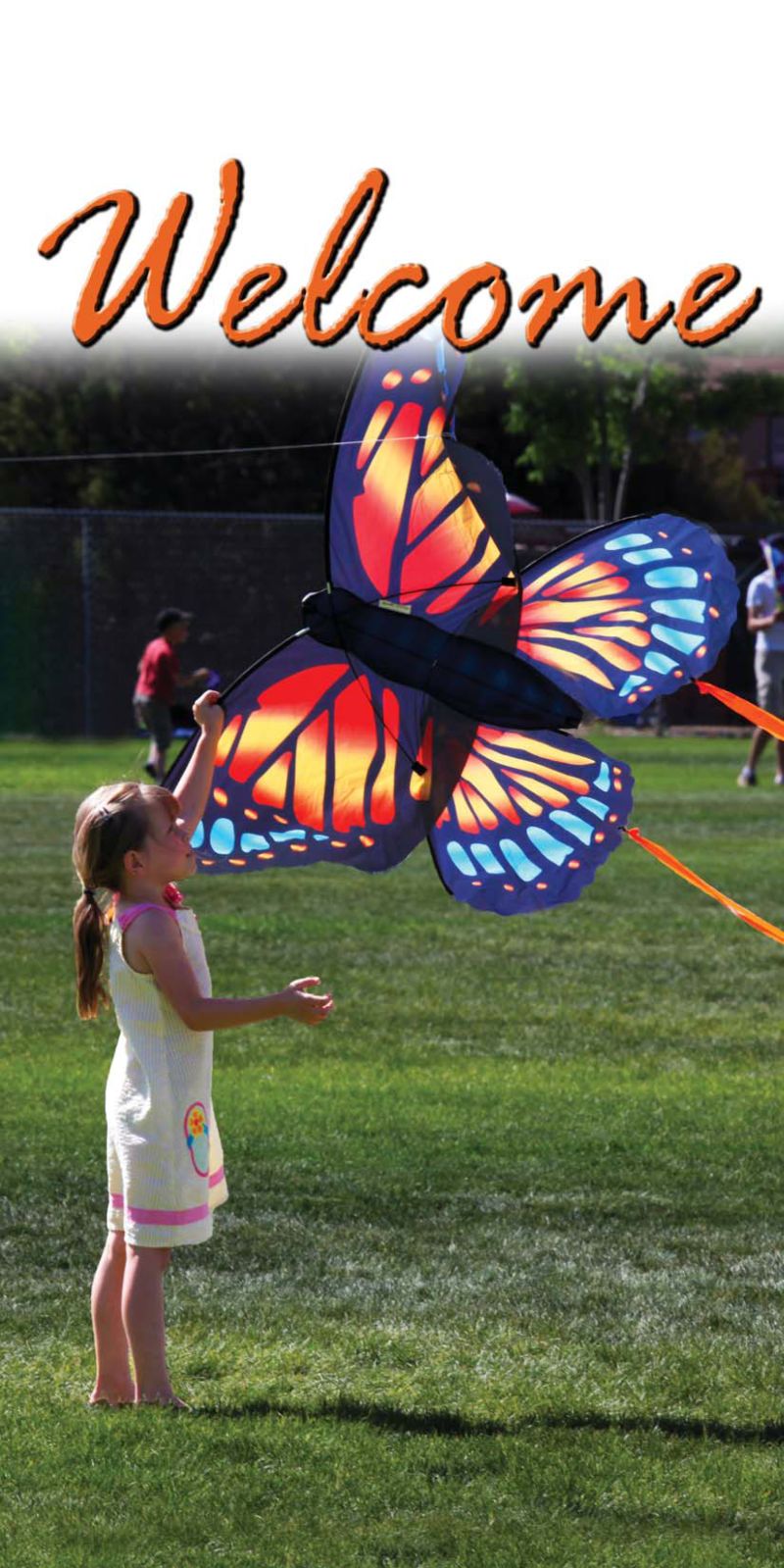 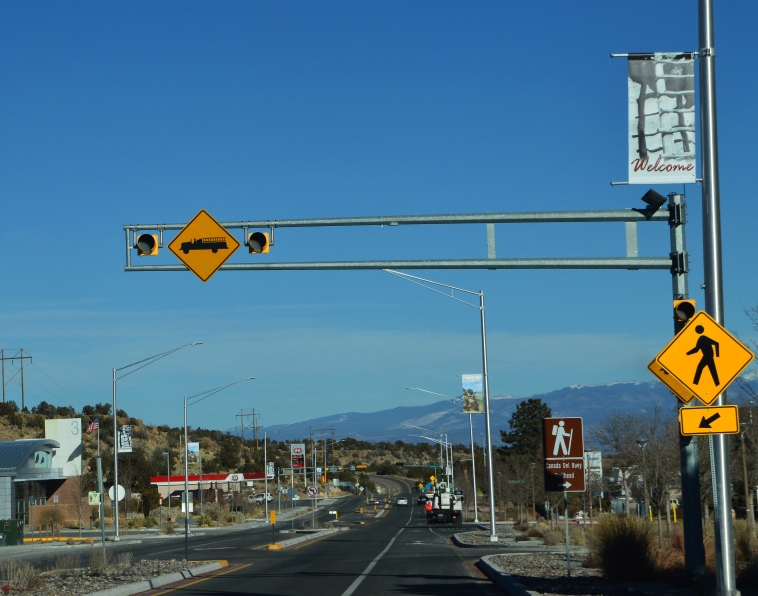 Streetlight banners were installed on poles lining N.M. 4 in White Rock today. County photographer/graphic designer Leslie Bucklin created the banners from photographs she has taken of the area. This ticks another item off a list of projects completed in White Rock during the last couple of years as part of the White Rock Center Master Plan/Economic Development Strategy.

Other completed projects include:

The White Rock Senior Center and Town Hall Remodeling is in progress. Visit the project webpage for information.

The new White Rock Library at Pinon Park and the remodeled Youth Activity Center progect are in progress. Visit the project webpage for information.

White Rock Gateway Improvements: The scope of work is to construct two gateway arches or monuments, one to be placed east of the proposed White Rock Center in the vicinity of Rover Boulevard and N.M. 4, and one to the west of the Center, possibly in the vicinity of Pajarito and N.M. 4. This project has been placed on hold until further notice.

The White Rock Center Master Plan/Economic Development Strategy is the product of an intensive community-driven process that began in August of 2007. The community’s vision for White Rock Center is to create a thriving, active focal point that serves the community with a range of services and amenities. In this vision, an improved N.M. 4, which is the main roadway serving the community is safe and inviting to cross, and an enhanced Arroyo links old and new development together with surrounding neighborhoods and a new trail. Residents have a choice of housing options and places to eat, shop, and do business. A cohesive and vibrant street environment frames a diverse mix of uses in a town center that attracts residents, commuters, and visitors. Strong connections exist between White Rock, the Los Alamos Town Site, the Los Alamos National Laboratory, Bandelier National Monument, and the greater county through business, civic, and social connections, as well as strong transit links.

To review the Committee’s charter and mission, which was first adopted in 2008 and then reauthorized in June 2012 by the Council (to be effective until June 30, 2014), link here.