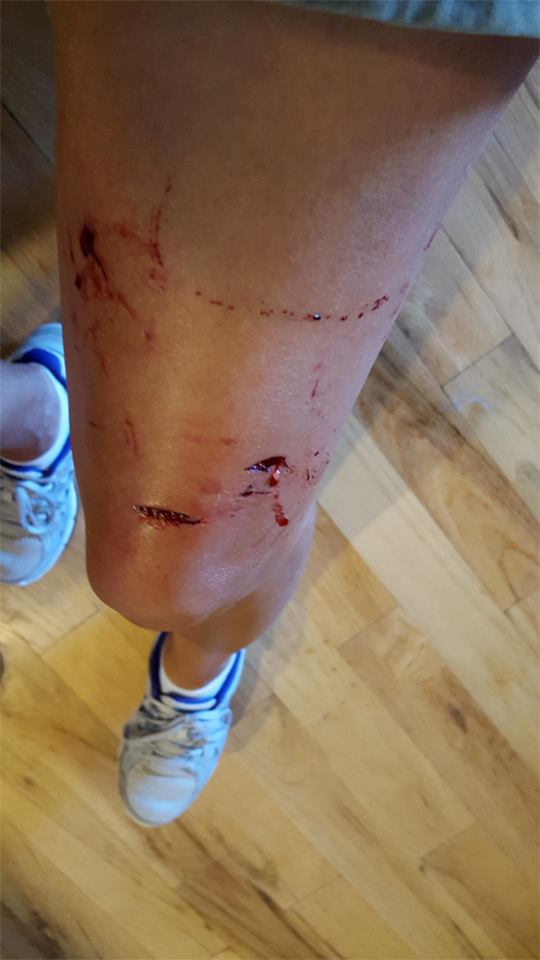 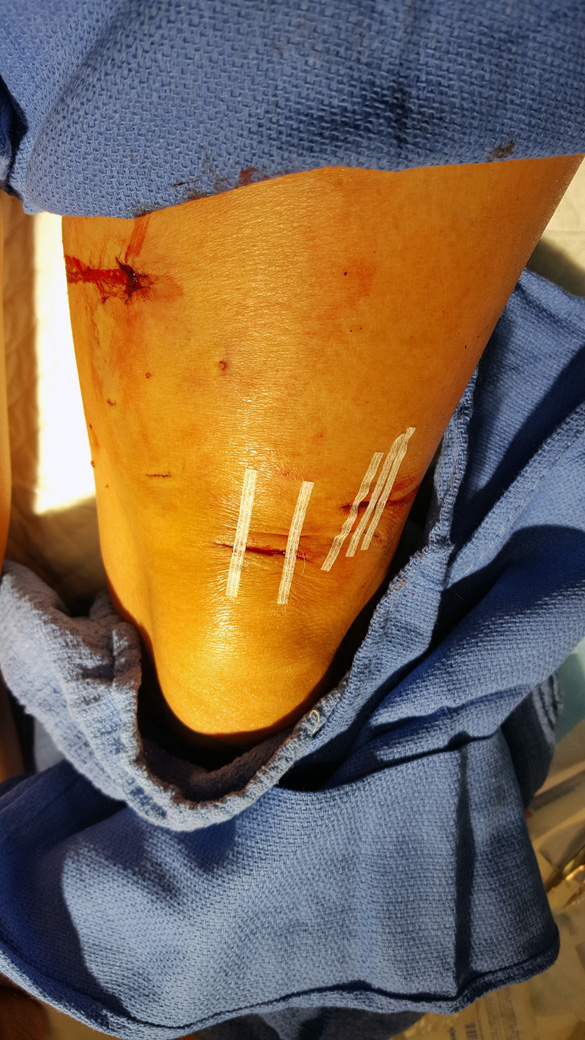 White Rock resident Linda Daly is recovering from injuries she received during a May 24 incident involving three roaming dogs in Pajarito Acres.

Daly said she was walking with her dog on a leash along her regular route on Rio Bravo when she noticed two dogs, a Great Pyrenees and a Great Pyrenees mix, were outside the fenced area at the home of Deborah Wood.

Daly was about 25 yards away when the older of the dogs began to charge toward her. She turned and ran in the other direction. The dog jumped on her dog, an 80-pound shepherd mix, and Daly tried to pull her dog back. At this point, Daly said, the younger dog came running up. She said her own dog pulled her off her feet completely and she slammed into the pavement.

“I felt a bite as I was falling,” she said. “The breath was knocked out of me and I think I lay there for 30 to 40 seconds. At that point, the pain in my lungs and torso was excruciating and I thought I had punctured a lung, but it turns out I had cracked a rib.”

Daly said the owners of the dogs were there when she tried to get up. At that point, she said a third Corgi-like dog was running around. She said the owners were very kind. They said they had seen the dogs fighting but that they hadn’t seen which dog had bitten Daly.

Daly said there was blood on her leg from a bite on her thigh. She said she had an abrasion on her shoulder, a cut on her other knee, and her wrist hurt. She said she called her husband who took her home.

She called the Los Alamos Police Department to report the incident and Cpl. Ben Irving responded. She said she was in a state of shock. Irving called for paramedics who rinsed and wrapped her injuries. Daly was then transported to the Los Alamos Medical Center Emergency Room where her thigh injury was treated and she was released.

When asked by Irving if she saw which dog had bitten her, Daly said she responded that she didn’t know. She said Irving told her no citation would be issued because it had not been determined which dog bit her. On May 26, Irving supplemented his incident report to indicate that he issued a citation against Wood for menacing behavior by her dogs.

Daly said she is surprised the owners were not cited for roaming dogs.

“The roaming dogs are the root cause of what happened to me. The dogs in question attacked my dog, which was on a leash, and during the ensuing fight I was bitten,” she said.

Daly said Irving told her the Los Alamos County Municipal Code contains an exemption for unleashed working dogs. The Code states, “Except within the premises available for the exclusive private use of its keeper all domestic animals, other than working dogs shall at all times be confined or physically restrained on a secure leash”.

There is nothing in Irving’s report to indicate why he considered the animals to be working dogs.

The case has reportedly been sent to the Los Alamos County Attorney’s Office for review.