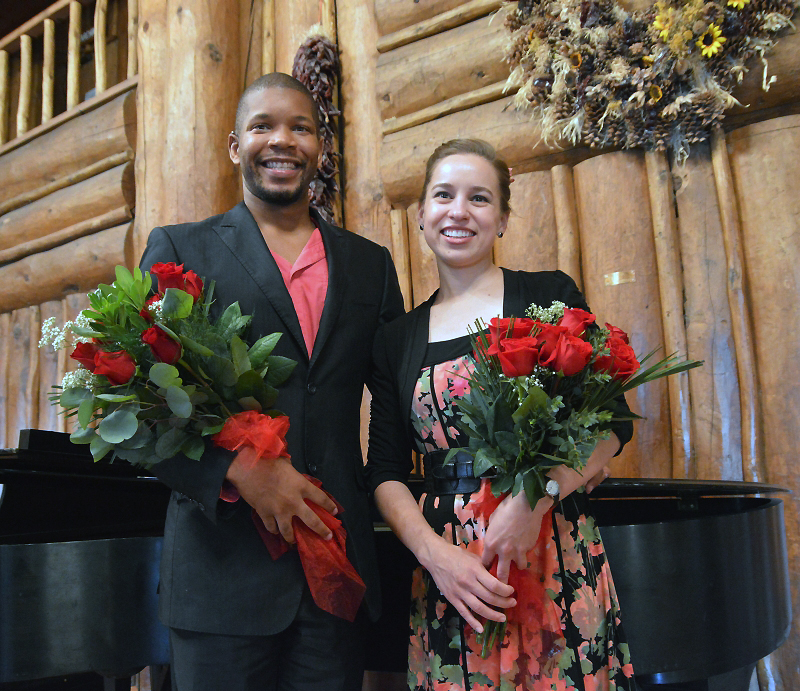 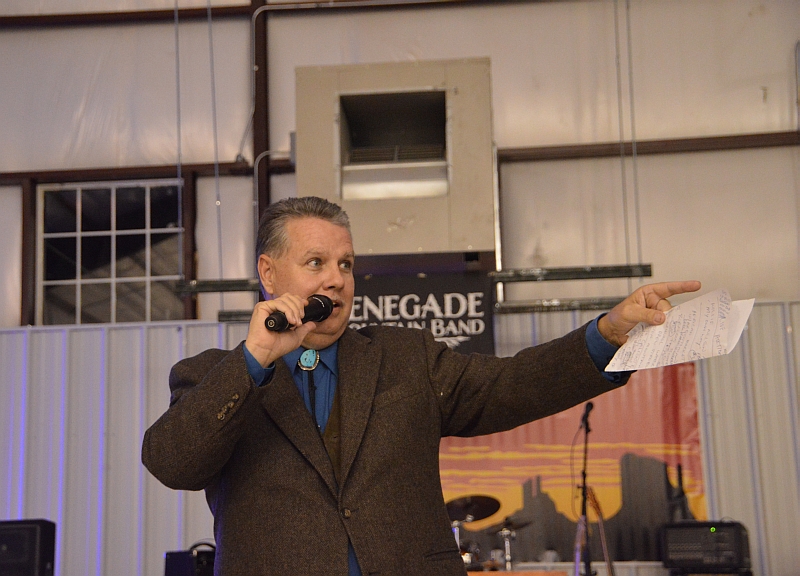 Monday’s event focused on past, present and future projects related to the White Rock Master Plan

The White Rock Center Master Plan/Economic Development Strategy is the product of an intensive community-driven process that began in August 2007. The community’s vision for White Rock Center is to create a thriving, active focal point that serves the community with a range of services and amenities. In this vision, an improved N.M. 4, which is the main roadway serving the community, is safe and inviting to cross, and an enhanced Arroyo links old and new development together with surrounding neighborhoods and a new trail.

Residents have a choice of housing options and places to eat, shop, and do business. A cohesive and vibrant street environment frames a diverse mix of uses in a town center that attracts residents, commuters, and visitors. Strong connections exist between White Rock, the Los Alamos Town Site, the Los Alamos National Lab, Bandelier National Monument, and the greater county through business, civic, and social connections, as well as strong transit links.

The master plan outlines a “preferred development scenario” that suggests land use concentrations, major connections, gateway locations, and the focal point for the mixed-use town center. The “Preferred Scenario” diagram included in the plan reflects the community’s desire to capitalize on public and private development opportunities, diversify the local economy, build on tourism-oriented opportunities, and create a attractive, pedestrian friendly environment.

Parcel A-19 was transferred from the DOE to the County for economic sustainability purposes in the fall of 2002. The land parcel is on the north side of N.M. 4 in White Rock. County staff began collaborating in March to draft a Purchase and Sale Agreement (PSA) and associated Development Agreement (DA). Staff plans to bring the PSA and DA along with the infrastructure design to County Council for approval this month or in June.

Los Alamos County is working on the sale of two parcels at the corner of N.M. 4 and Rover Boulevard in White Rock.

This project includes a new library at Pinon Park and a remodel of the Youth Activity Center that are scheduled for completion this summer.

After the completion of the White Rock Center Plan, County Council appointed a citizen’s committee to advise the county on steps to implement the approved plan. The Committee meets at 6 p.m. every second Monday at the WR Visitor Center. The public is invited to attend these meetings. 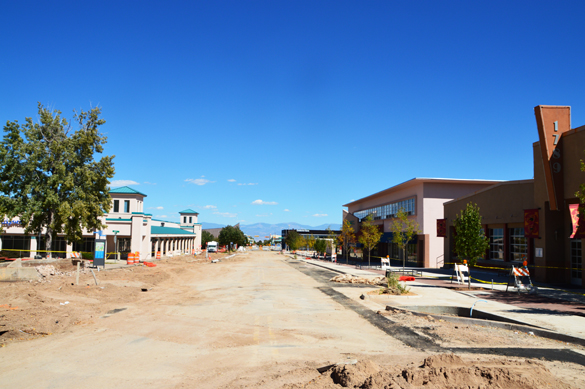 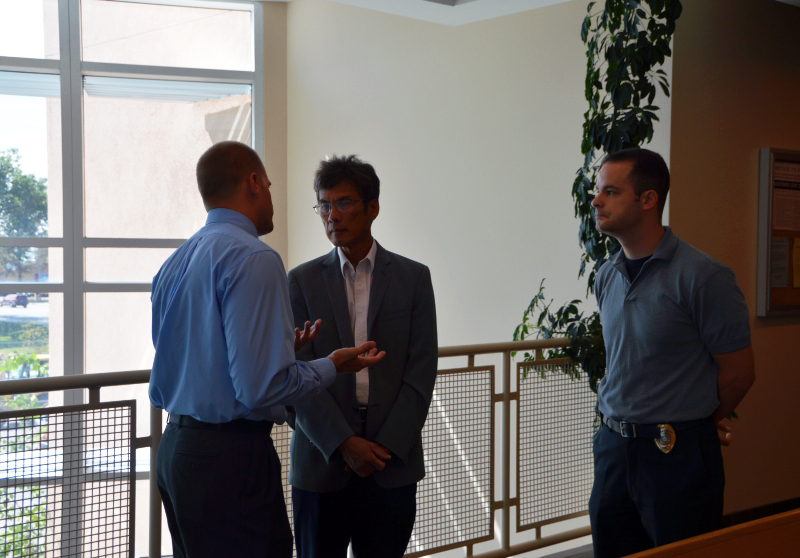 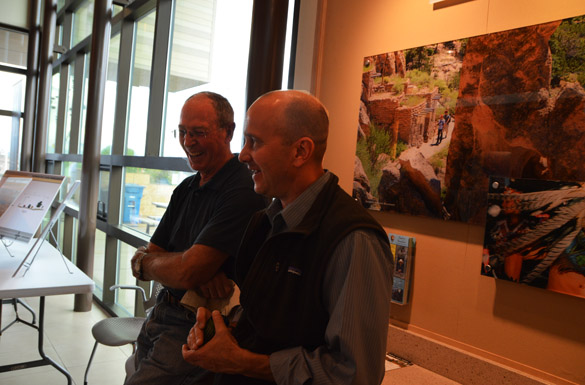 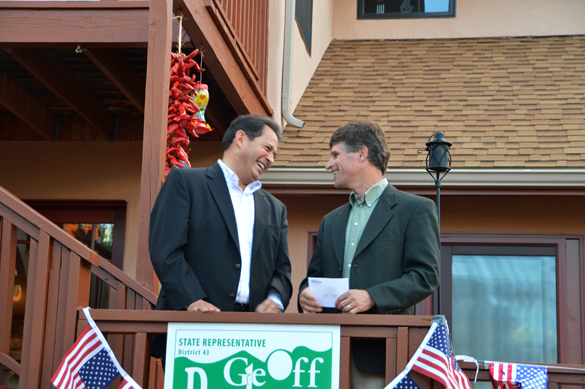 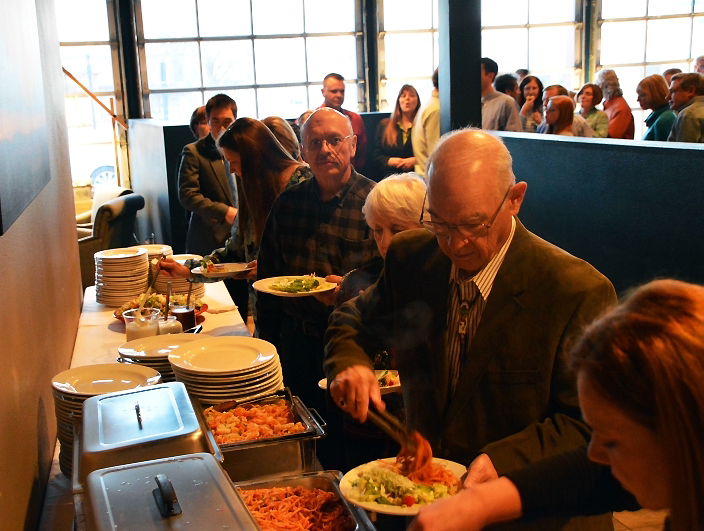 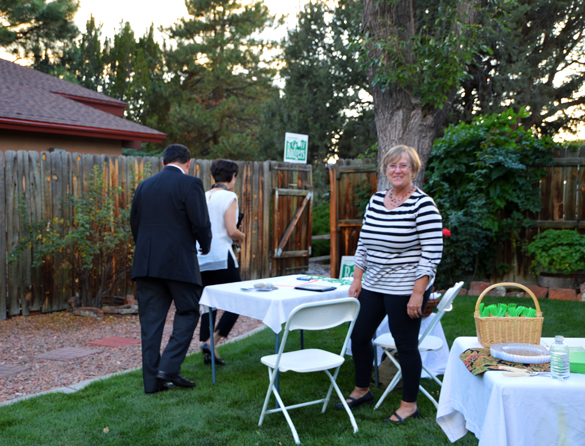 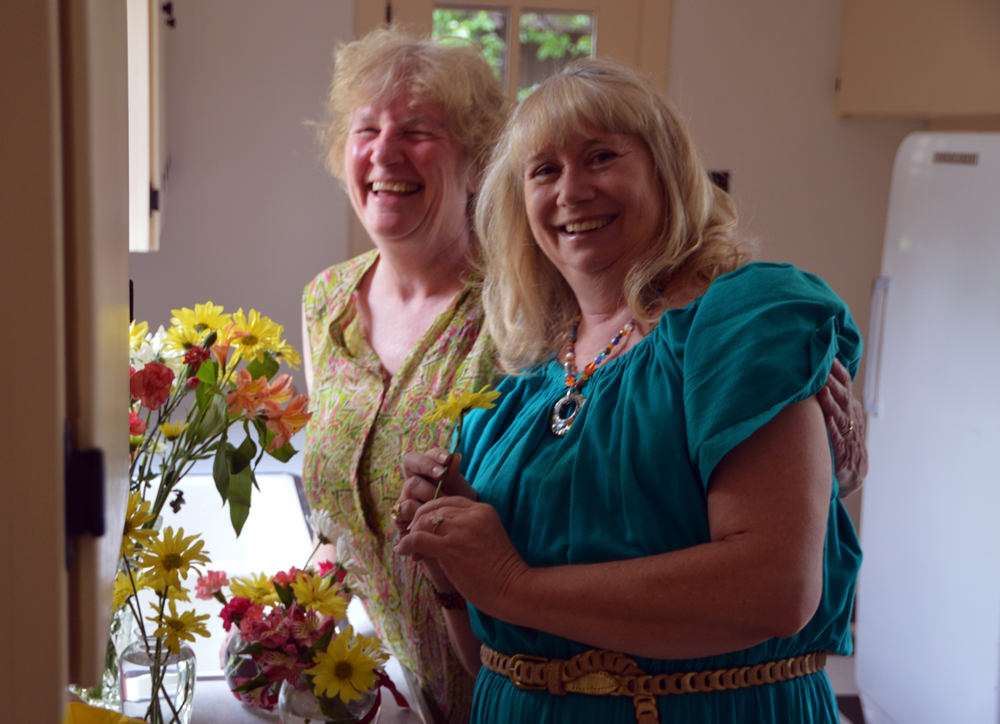 A crowd looks over plans and renderings for the new Del Norte Credit Union scheduled to be built at the corner of Rover Boulevard and N.M. 4 in White Rock. Photo by Carol A. Clark/ladailypost.com 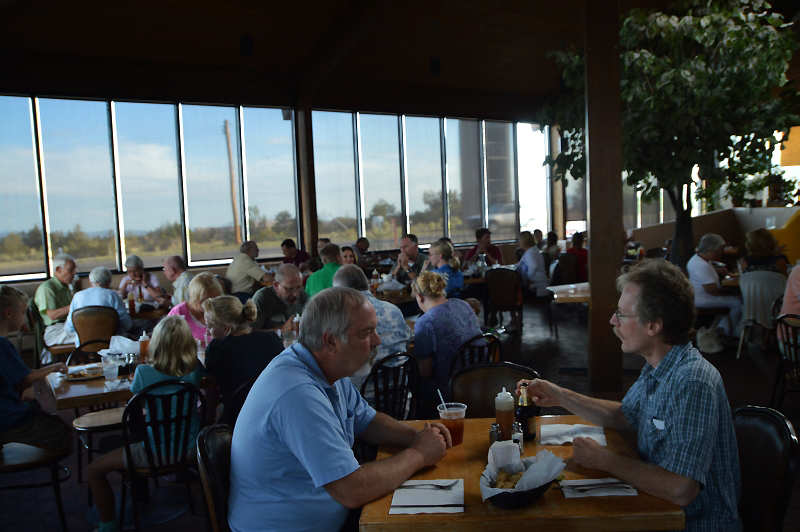 Residents look over this model in the White Rock Visitor Center of proposed plans for White Rock. Photo by Carol A. Clark/ladailypost.com 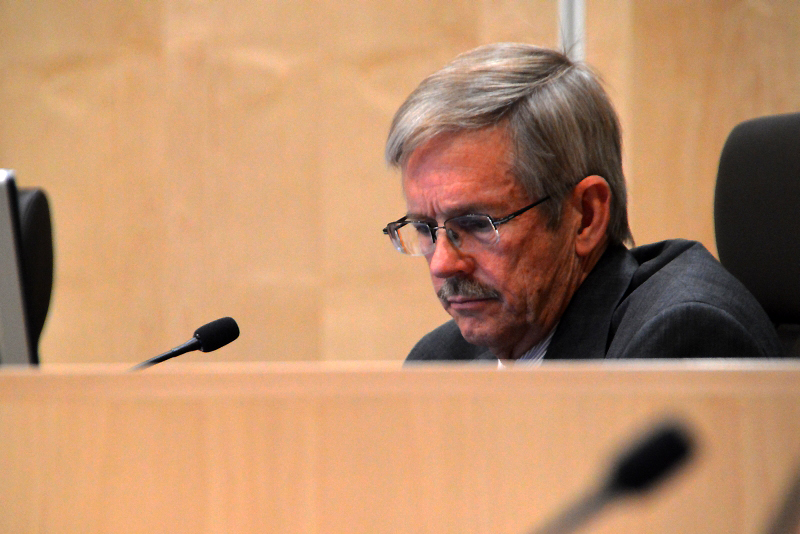 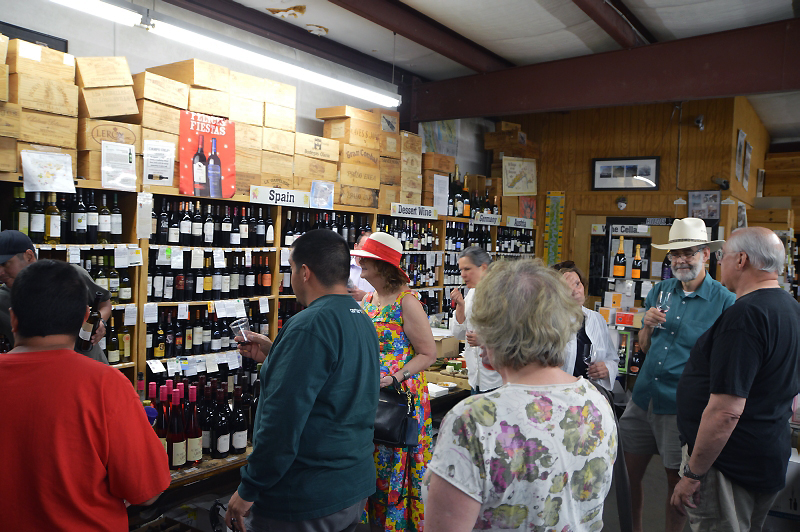 Former Chamber Manager Katy Korkos, center, shares a laugh with current Chamber Manager Nancy Partridge who commended Korkos on her efforts to help make the White Rock Visitor Center and other projects in White Rock a reality. Photo by Carol A. Clark/ladailypost.com 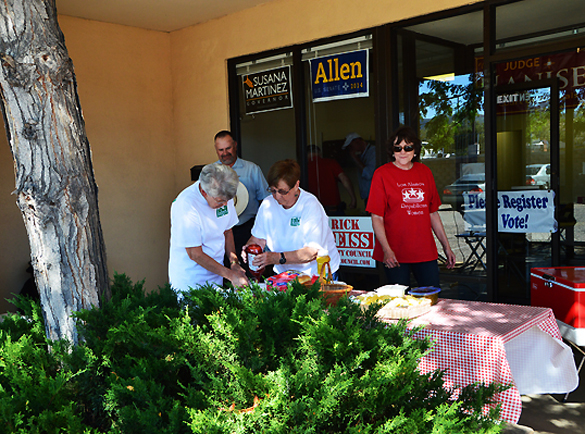 Posters of proposed projects in White Rock were placed around the White Rock Visitor Center during Monday’s event. Photo by Carol A. Clark/ladailypost.com