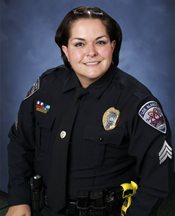 When two officials from Los Alamos Police Association Local #14 met with three Los Alamos County Councilors March 1, they asked for a credible investigation into what they claim is a pattern of abuse, retaliation and inequitable treatment by certain LAPD command staff.

Union President Sgt. Monica Salazar-Casias and Vice President Cpl. Ben Irving met with Council Vice Chair Susan O’Leary and Councilors Chris Chandler and James Chrobocinski, and after the Union voted 19 to three, with Salazar-Casias abstaining, to take a list of their concerns to the County Council. 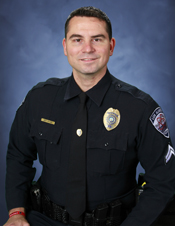 The majority of their concerns relate to Deputy Police Chief Jason Wardlow Herrera and Cmdr. Preston Ballew stemming back to 2013. Some concerns also express disagreement about how some staff believe Chief Dino Sgambellone manages Department personnel. No documentation was provided in support of the claims and many of the issues contain accusations without specific details or back-up information.

A memo from Chrobocinski, Chandler and O’Leary to County Manager Harry Burgess, County Attorney Alvin Leaphart, Councilor Chair David Israelevitz and Councilors Pete Sheehey, Rick Reiss and Antonio Maggiore, obtained by the Los Alamos Daily Post states that the three Councilors who received the list have not formed any opinions as to whether there is factual support for the allegations made by the police union or whether specific employment actions/discipline taken in the past are appropriate.

“Rather we are concerned about the perception apparently held by a large number of officers and other Department personnel that a negative working environment exists and that if left unaddressed the perceptions will continue to the detriment of the productivity of the Department and potential liability to the County,” the memo states. It also states that the three Councilors made it clear at the beginning of the meeting that given the nature of the allegations they could not keep the discussions confidential or commit to any specific outcome.

According to the memo, Salazar-Casias and Irving focused on “a series of events and incidents they believed supported their view that an unhealthy work environment existed”.  They had prepared a chronological list of concerns that they believed supported their view that there is a “pattern of abuse, retaliation, and the appearance of special treatment of certain management employees”, it states.

The three Councilors allegedly listened, asked clarifying questions and offered no response to the merits of the allegations. They then allegedly scheduled a meeting with Leaphart to obtain legal advice and requested a closed session of the Council to discuss the issues with the remaining Councilors and Burgess.

The Los Alamos Daily Post received a copy of the memo as well as the list of the Union’s concerns and response by Chief Sgambellone by filing a public records request under the Freedom of Information Act (FOIA), after learning of a FOIA request filed by Wardlow Herrera. His request asked for all correspondence or communications between County Councilors and the Union concerning any complaints against Sgambellone, Ballew or himself. It also requested Sgambellone’s and the County Human Resources Department’s responses. Wardlow Herrera made the request as a private individual and not in his capacity as Deputy Chief of Police.

Burgess said Monday that he and Sgambellone have met twice with the Union since the March 1 meeting in an effort to process through the disagreements or misunderstandings outlined by the Union.

“Many of the issues are ones that were raised in the past and have been appropriately addressed through our existing policies and procedures,” Burgess said. “Unfortunately, as an organization, the County cannot and does not share information about disciplinary actions or other responses to reported concerns. This can leave individuals to believe nothing was done, which is not the case.”

Salazar Casias is out of town, however, she responded in a text that the list of concerns was compiled with the input of many officers in the Department as well as others in the Department who are not officers. Irving said the list was not given to International Union of Police Associations Counsel James Montalbano because the issues were management rights issues and “not grieveable”. Montalbano declined to comment on the situation at this time.

Meanwhile, some Union members are talking to the Los Alamos Daily Post about the alleged issues at LAPD on condition of anonymity. Several officers have indicated that they have never seen the list of complaints presented to the Council prior to voting to involve the Council. One officer said he thought the Department just needed to move forward.

“We have a top-notch police department here in Los Alamos. We just need to get past these issues and move on. The work we do is too important to be spending time on all this,” he said. Another officer said he felt everyone in the Department from the top to the bottom just needed to “do the best job they can do to keep the community safe”.