When Is Star Wars Day? 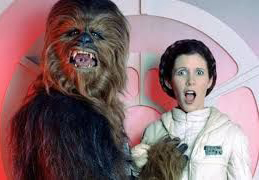 Does the phrase “May the Fourth be with you” ring a bell? Star Wars Day is traditionally celebrated on May the Fourth, but the Library is celebrating 1 to 5 p.m. Sunday, May 3 with the original Star Wars movie, games and trivia. 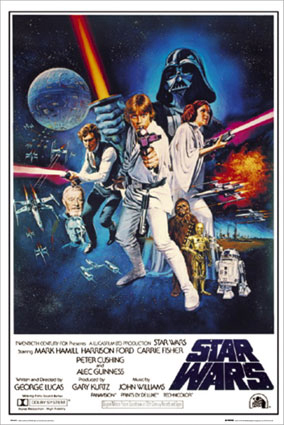 When George Lucas introduced Star Wars to the world in 1977, his intention was to have the first movie be part four of a nine-part series, but the studio disagreed with his title “Star Wars: Episode IV – A New Hope,” so it was just entitled “Star Wars.” It wasn’t until 1981, with the movie’s re-release, that Lucas was able to use his original title.

Since the time of its first release, Star Wars has become a part of everyday language and culture, with icons like Jabba the Hutt, and Princess Leia’s hair, and C3-PO’s statement “we’re doomed,” not to mention Darth Vader’s best line, “No, I am your father.” Every Halloween since 1977 has featured tinfoil robots, hairy wookiees, and many, many Darth Vaders. That one movie has spawned countless television skits, video games and board games, not to mention several of the other planned movies.

For more information, check out the Library’s events calendar at www.lacnm.us/library/pages/events.