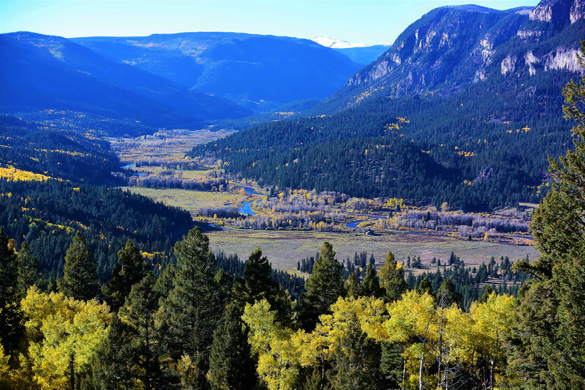 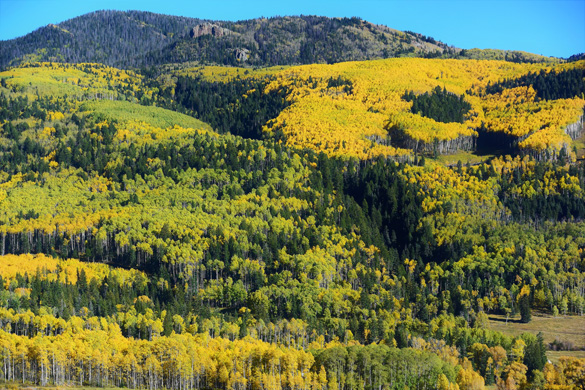 The recent rainfall has muddied rivers and raised water levels in lakes and reservoirs. Once the water clears, the fishing should be good. The rain also benefits the vegetation, as perennial plants, grasses and trees that are starting to go dormant now will have a moist and favorable environment for their roots. Surprisingly, we have not had a frost yet here in the Espanola Valley.

It’s time to start seeing some migrating waterfowl. Fewer hummingbirds are visiting our feeders lately and the few that do are birds migrating from farther north to the wintering grounds in Mexico and Central America. You can leave your feeders out a while longer. It is not true that leaving your hummingbird feeders out will hurt the birds by keeping them around when they should be migrating. Migration is triggered by daylength and once the days get shorter the birds will migrate no matter what. Keeping your feeders out a while longer will help those birds that are migrating late and give them some food for their long journey.

This week should be great for viewing the fall colors in the San Juan and Sangre de Cristo mountains. The rifle-hunting seasons for elk will begin this coming weekend (10/7-10/11) and remember you could likely encounter hunters on hikes through the forest. Don’t be alarmed when you hear gunshots, as this means a hunter has probably been successful and will have some meat for the freezer.

The bank fishing should really pick up at local lakes and reservoirs as the water cools down.

Two weeks ago, the fishing at Fenton Lake picked up and that pattern continued last week. Thanks to a stocking of 123 rainbow trout that averaged nearly 20 inches in length, anglers picked up some big rainbow trout last week. In addition, the fishing for the naturally-reproducing population of brown trout at Fenton has also picked up. Brown trout are fall spawners and you could catch the trout of a lifetime at Fenton this time of year. Despite its small size and heavy fishing pressure, Fenton has given up brown trout from 24 to over 30 inches over the years.

Portions of Navajo Lake are closed to snagging, while others are open. There have as of yet been no reports as to how good (or bad) the salmon snagging has been other than a report of it being slow at Eagle Nest. I have never heard of anyone trying to snag salmon at Abiquiu, probably because there are so many snags in this lake you’d probably lose a small fortune in snagging hooks.

El Vado and the portions of Navajo Lake open to snagging might be worth a try. The snagging season at Heron Lake will not open until Nov. 11. The fishing reports during the summer for kokanee salmon were not good and the salmon runs may be kind of small this year. The kokanee salmon fishery suffered during the recent dry years. This past year we had a much better spring runoff and hopefully the kokanee salmon fishing will come back.

The trout fishing from the bank at Heron Lake is fair and should get better. Remember that if you happen to hook a kokanee salmon while fishing for trout at Heron you need to release it. It is illegal to possess kokanee salmon at Heron until the snagging season opens Nov. 11.

The fishing for smallmouth bass and walleye at Abiquiu Lake is fair. I expect anglers will start hooking a few more trout at Abiquiu now that the water has started to cool down. You might catch a catfish or two at Abiquiu now.

One Lake to keep in mind is Santa Cruz Lake near Chimayo. It’s been slow here lately but as the water cools down it should pick up. You might try walking down from the Overlook to the inlet of the lake. Santa Cruz has a naturally-reproducing population of brown trout and they should be gathering in the inlet area in preparation of spawning.

The fishing remains good in the smaller lakes throughout Northern New Mexico. Eagle Rock Lake near Questa has been very good, as has Monastery Lake near Pecos. Lake Maloya near Raton has been good as well. Another lake to try is Morphy Lake near Las Vegas. Storrie Lake near Las Vegas has been slow but the fishing should pick up here with the recent rain and cooler temperatures. There are also some big catfish in this lake.

The Rio Grande got very muddy from the recent rains, but once it clears the fishing should be very good. The Rio Chama below Abiquiu is still too muddy. The better fishing on the Chama will be below El Vado Dam. The upper Chama above El Vado Lake got a little muddy from the rain, but once it clears it should be very good for big brown and rainbow trout.

The Pecos River rose dramatically during our recent rainy spell an should get better as the streamflow drops back to near normal. A good stream to try right now is the Rio de los Pinos near the Colorado border. This stream seldom gets very muddy and is still fishable when water levels are high.

The nearby Conejos River in Colorado should be excellent and the drive up the river to Platoro is worth it just for the scenery alone. Lakes around Wolf Creek pass area and in the upper Rio Grande drainage above Creede, Colo. have some bigger-than-average brook trout that will be spawning this time of year.

Get out and enjoy the fall before winter gets here. 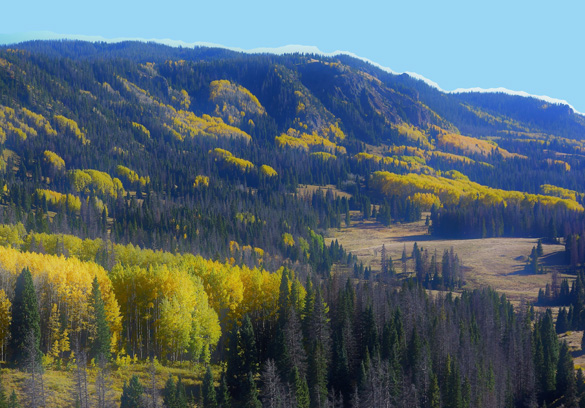