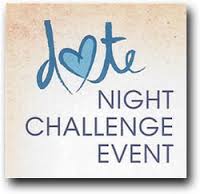 The Oct. 9 Sixth Circuit Court of Appeals ruling applying a nationwide stay of the Environmental Protection Agency’s and Army Corps of Engineer’s Waters of the U.S. (WOTUS) rule affirms the success already achieved by the New Mexico Environment Department, Office of the State Engineer, and 12 other Rocky Mountain coalition states in halting the implementation of the WOTUS rule, while the rule’s serious deficiencies are litigated.

The federal appeals court in Ohio ruled that delaying implementation of the WOTUS rule nationwide, while litigation proceeds, would not threaten “imminent injury” to the nation’s waterways and is appropriate given the “facially suspect” rulemaking process undertaken by the EPA and Army Corps.

Last August, the Rocky Mountain coalition of states ─ North Dakota, Alaska, Arizona, Arkansas, Colorado, Idaho, Missouri, Montana, Nebraska, Nevada, South Dakota, Wyoming, and New Mexico’s Environment Dept. and Office of the State Engineer ─ sought and achieved postponement of the WOTUS rule so that full litigation over the rule could run its course. That preliminary injunction, however, only applied to the 13 Rocky Mountain states.

“Now, with a nationwide stay, all 50 states’ regulatory agencies will no longer face the cost and uncertainty created by preparing for implementation of a new rule that awaits judicial determination of its legality, and which may never come to pass,” NMED Secretary Ryan Flynn said.

“The 6th Circuit wrote, “Moreover, the rulemaking process by which the distance limitations were adopted is facially suspect.”

The Court also wrote, “Although the record compiled by respondent [EPA and Army Corps] is extensive, respondents have failed to identify anything in the record that would substantiate a finding that the public had reasonably specific notice that the distance-based limitations adopted in the Rule were among the range of alternatives being considered.”

“Besides skirting the Administrative Procedures Act’s requirements for public notice, EPA and the Corps’ WOTUS rule unlawfully imposes federal regulatory authority over state lands and waters beyond what Congress allows under the Clean Water Act,” Flynn said. “The new rule mandates a sprawling new WOTUS definition which greatly infringes on state and local authority to manage and regulate lands and waters within our boundaries.”