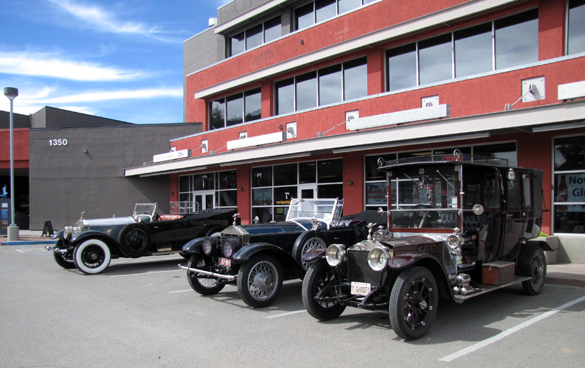 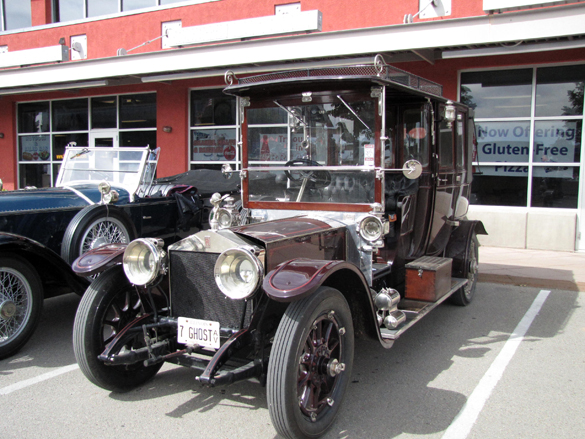 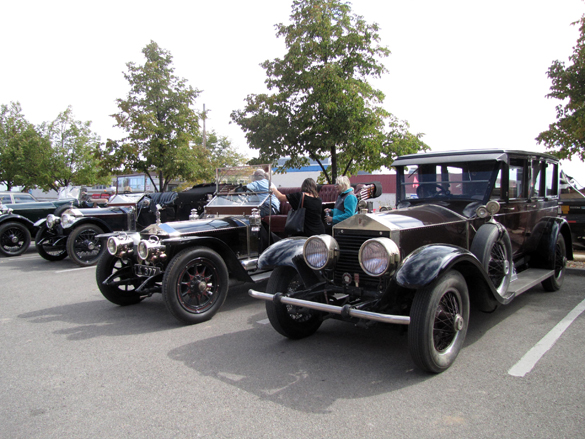 History of the Rolls-Royce:

In 1884 Henry Royce started an electrical and mechanical business. He made his first car, a two-cylinder Royce 10, in his Manchester factory in 1904, and was introduced to Charles Rolls at the Midland Hotel, Manchester May 4 of that year. Rolls was proprietor of an early motor car dealership, C.S.Rolls & Co. in Fulham.

In spite of his preference for three or four cylinder cars, Rolls was impressed with the Royce 10, and in a subsequent agreement Dec. 23, 1904, agreed to take all the cars Royce could make. There would be four models:

All would be badged as Rolls-Royces, and be sold exclusively by Rolls. The first Rolls-Royce car, the Rolls-Royce 10 hp, was unveiled at the Paris Salon in December 1904.

Rolls-Royce Limited was formed March 15, 1906, by which time it was apparent that new premises were required for production of cars. After considering sites in Manchester, Coventry, Bradford and Leicester, it was an offer from Derby’s council of cheap electricity that resulted in the decision to acquire a 12.7 acres (51,000 m2) site on the southern edge of that city. The new factory was largely designed by Royce, and production began in early 1908, with a formal opening July 9, 1908 by Sir John Montagu. The investment in the new company required further capital to be raised, and Dec. 6, 1906, £100,000 of new shares were offered to the public. In 1907, Rolls-Royce bought out C.S. Rolls & Co. (The non-motor car interests of Royce Ltd. continued to operate separately.)

During 1906 Royce had been developing an improved six-cylinder model with more power than the Rolls-Royce 30 hp. Initially designated the 40/50 hp, this was the company’s first all-new model. In March 1908 Claude Johnson, Commercial Managing Director and sometimes described as the hyphen in Rolls-Royce, succeeded in persuading Royce and the other directors that Rolls-Royce should concentrate exclusively on the new model, and all the earlier models were duly discontinued. After the introduction of the Phantom model in 1925 this 40/50 model was referred to as the Silver Ghost.

The new 40/50 was responsible for the company’s early reputation with more than 6,000 built. Its chassis was used as a basis for the first British armoured car used in both world wars. In 1921, the company opened a second factory in Springfield, Massachusetts in the United States (to help meet demand), where a further 1,701 “Springfield Ghosts” were built. This factory operated for 10 years, closing in 1931. It was located at the former American Wire Wheel factory on Hendee Street, with the administration offices at 54 Waltham Ave. Springfield was the earlier location for the Duryea Motor Wagon Company, the location where the first American gasoline-powered vehicle was built.

After the First World War, Rolls-Royce successfully avoided attempts to encourage the British car manufacturers to merge. Faced with falling sales of the 40/50 (later known as Silver Ghost) the company introduced the smaller, cheaper Twenty in 1922, effectively ending the one-model policy followed since 1908.

In 1931 Rolls-Royce acquired the much smaller rival car maker Bentley after the latter’s finances failed to weather the onset of the Great Depression. From soon after World War II until 2002 standard Bentley and Rolls-Royce cars were often identical apart from the radiator grille and minor details.

In 1933, the color of the Rolls-Royce radiator monogram was changed from red to black because the red sometimes clashed with the coachwork colour selected by clients, and not as a mark of respect for the passing of Royce as is commonly stated.

During the Second World War the British government asked Rolls-Royce to open a “shadow factory” in Crewe to manufacture aircraft parts. After the war, in 1946, Rolls-Royce and Bentley car production moved to Crewe where they began to assemble complete cars with bodies from the Pressed Steel Company (the new standard steel models) for the first time. Previously they had built only the chassis, leaving the bodies to specialist coach-builders. 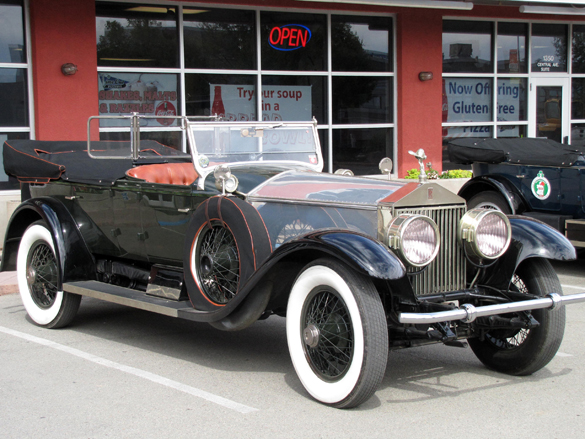 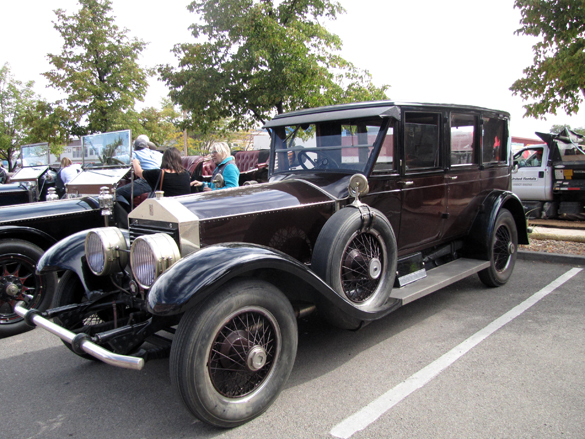 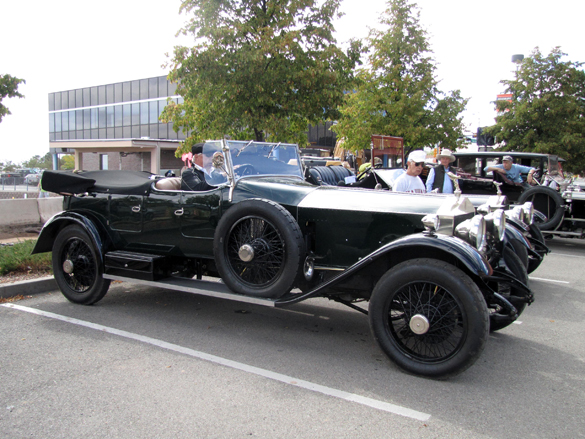