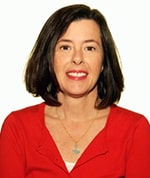 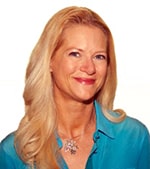 Legislative Director Heather Ferguson will become executive director of Common Cause New Mexico. She has led legislative efforts in New Mexico, including the drive for an independent ethics commission, transparency of contributions made to state candidates by PACs and increased voter access. At the local level, she has led efforts to provide public financing for city candidates in several municipalities. She is co-director of the Albuquerque Democracy Dollars campaign, a grassroots effort to modernize public financing in Albuquerque.

Ferguson is a veteran of Animal Protection of New Mexico. She also worked as a paralegal and specializes in the legal aspects of various bills and ordinances. She is a graduate of the University of California at Los Angeles.

Harrison is no stranger to non-profit management, advocacy and government relations. Before joining Common Cause New Mexico she was the director of the successful Coalition to Repeal the Death Penalty and program manager at Animal Protection of New Mexico, which successfully worked to ban cockfighting in New Mexico. She is a graduate of the University of New Mexico.

Harrison will be missed but said she will remain in the Land of Enchantment and complete her work remotely and continue to advise Common Cause New Mexico.

Common Cause is a nonpartisan grassroots organization dedicated to upholding the core values of American democracy. We work to create open, honest, and accountable government that serves the public interest; to promote equal rights, opportunity, and representation for all; and empower all people to make their voices heard as equals in the political process.