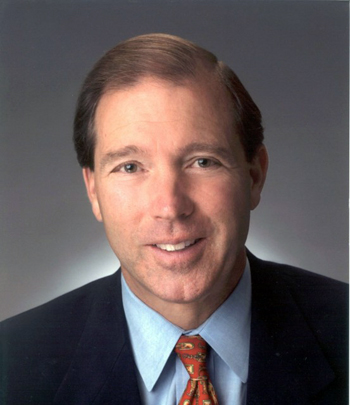 Udall, who has led the effort in Congress to protect youth athletes from the dangers of sports-related traumatic brain injuries by improving equipment and safety standards and curbing false advertising claims, told Kaye during the hearing that he is concerned that the manufacturers of soccer headbands and headgear are inflating their claims about the safety of their products.

Udall presented several examples of headgear with marketing claims implying the products reduce the risk of injury, including a DonJoy Head Protector, a Full 90 Head Guard, and Unequal Headbands. He urged Kaye to require warning labels for soccer headgear products that claim to reduce the risk of concussion or impact forces to the head.

“The representations that these folks make on these products are pretty astounding,” Udall told Kaye. “These are the kinds of claims that really I think don’t hold any water.” He pointed to claims that one type of soccer headgear “predicts a significantly lower risk of concussions” and another that “provides a heightened level of protection” by reducing impact forces as much as 50 percent.

“The advertising for this says that it prevents the young person from being injured… [But] you’re really encouraging more impact [on the field],” Udall said.

Kaye responded that he agreed that the CPSC has reason to examine the labeling. “As a parent, again of two young children, I’m deeply concerned by marketing that might mislead parents into thinking they have a level of protection that they don’t. And I think that what it probably does is gives folks a false sense of security, and kids are more likely to do something more dangerous than they would be without even having something on their head at all, so I’m really glad that you raise this, and I look forward to working with you on this going forward.”

The issue of safety specifically for soccer players has a New Mexico connection. In 2011, former University of New Mexico soccer player Alexis Ball testified during Senate Commerce subcommittee hearing about the ineffectiveness of soccer headgear in preventing concussion. Sports are the second leading cause of traumatic brain injury for people 15 to 24 years old, behind only motor vehicle crashes. For female athletes, soccer is among the high school and college sports with the highest rates of concussion.

Every year American athletes suffer up to an estimated 3.8 million sports-related concussions.

Udall has focused his work on ensuring that parents, coaches and players have the information they need to make important decisions about safety and how to prevent head injuries. Two years ago, Udall introduced the Youth Sports Concussion Act to help ensure safety standards for sports equipment are up to date with the latest science, and increase potential penalties for using false injury prevention claims to sell youth sports equipment. The bill passed the Commerce Committee.

Udall also directed the Institute of Medicine of the National Academy of Sciences to write a report about children’s sports safety, published in 2013, which found that “The marketing of some protective devices designed specifically for youth athletes, such as mouth guards and soccer head gear, has included statements that these devices reduce concussion risk without sufficient scientific foundation to support such claims.”