VFW Scout Of The Year Competition 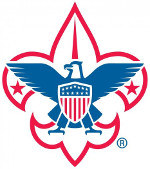 VFW News:
Commander Roger Anaya of the Veterans of Foreign Wars of the United States Post 8874, is announcing the kick-off of the VFW’s annual Scout of the Year competition.
Eagle Scouts, Girl Scout Gold Award recipients, Venture Summit Award recipients and/or Sea Scout Quartermasters in this area have the opportunity to compete and win thousands of dollars in national awards.
The close relationship between the VFW and the Boy Scouts of America dates back 100 years when VFW Post 2100 teamed up with another civic organization to establish Troop 1 in Everett, Washington. That century-long affiliation has fostered true patriotism, community service and strong, moral character throughout the ensuing decades. During World War I and II, Boy Scouts played a major part in helping collect food and other items to support troops in the war. Since that time, Scouting has continued to be a supporter of the VFW, with Scouts growing up, joining the military, fighting in wars, and subsequently become members of the VFW. It is a natural effort, therefore, that the VFW focus the efforts of those who have been Scouts to continue and guide the VFW posts in the support of all Scouting efforts.
Annually, the VFW awards three individuals, either Eagle Scouts, Girl Scout Gold Award recipients, Venture Summit Award recipients and/or Sea Scout Quartermasters who have risen above their peers in exemplifying the qualities of that rank. Awards are as follows:
$5,000 ― 1st place National scholarship
$3,000 ― 2nd place National scholarship
$1,000 ― 3rd place National scholarship
To be eligible for the award, the candidate must:
Applicants still in high school who reach their 18th birthday during the nomination year remain eligible if otherwise qualified. A Scout may enter through only one VFW Post. Previous National Scout of the Year winners are ineligible.
To enter this competition, students begin by competing at the local VFW Post level. Post winners advance to District competition, with District winners advancing to the state competition. State first-place winners compete for their share of thousands of dollars in awards, and the National first-place winner is awarded $5,000, and an all-expense-paid trip to Washington, D.C.
For official application and additional details visit here.
Deadline for submittals is March 1. Please mail completed applications to:
Veterans of Foreign Wars
Post 8874
P.O. Box 388
Los Alamos, NM 87544
ABOUT THE VFW
The Veterans of Foreign Wars of the United States is the nation’s largest and oldest major war veterans’ organization. Founded in 1899, and chartered by Congress in 1936, the VFW is comprised entirely of eligible veterans and military service members from Active, Guard and Reserve forces. With nearly 1.7 million VFW and Auxiliary members located in nearly 6,400 Posts worldwide, the nonprofit veterans’ service organization is proud to proclaim “NO ONE DOES MORE FOR VETERANS” than the VFW, which is dedicated to veterans’ service, legislative advocacy, and military and community service programs.
For more information or to join, visit our website at www.vfw.org.
Menu
Los Alamos
52°
Sunny
7:17am6:21pm MDT
Feels like: 52°F
Wind: 1mph ENE
Humidity: 25%
Pressure: 30.21"Hg
UV index: 3
FriSatSun
66/45°F
66/43°F
61/43°F
Weather forecast Los Alamos, New Mexico ▸