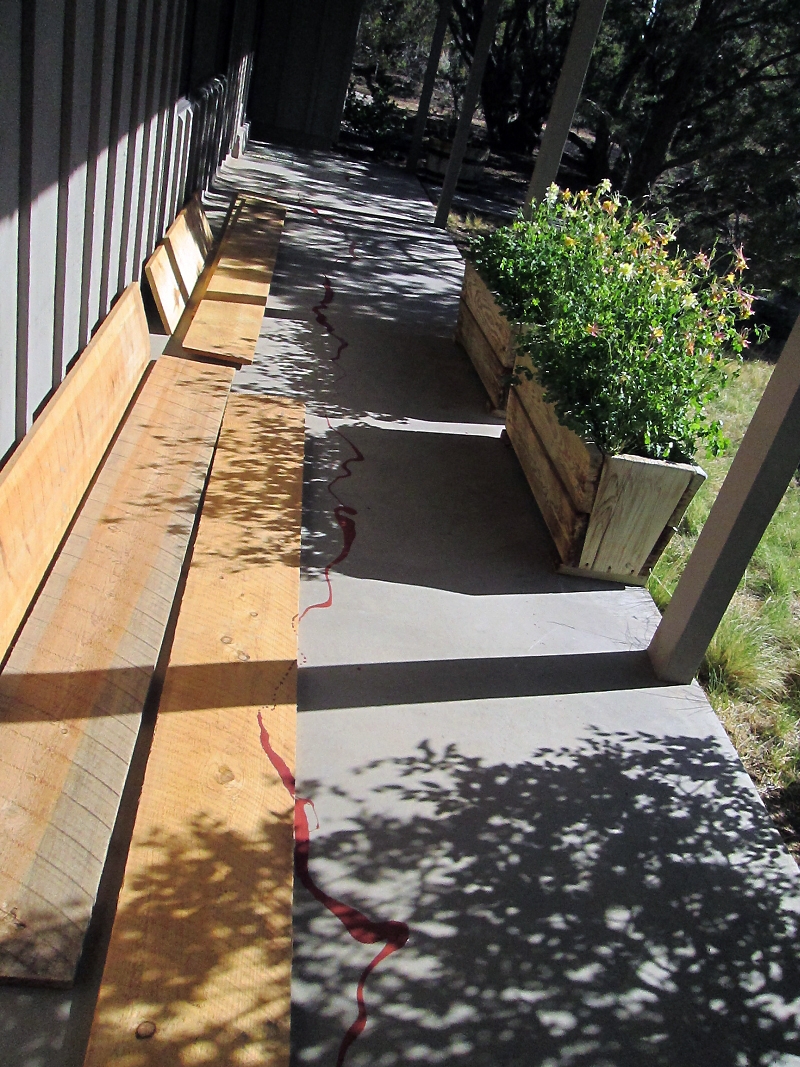 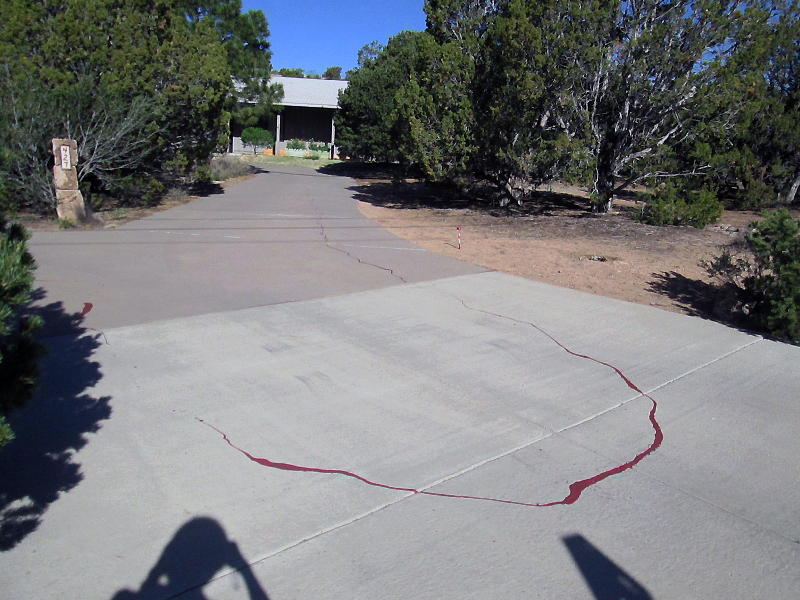 More than 200 feet of concrete driveway as well as the Gillespie’s carport, front porch and two flagstone walks and the hood and a headlight on their vehicle were spalttered with red paint. Courtesy photo
By CAROL A. CLARK
Los Alamos Daily Post

Milt and Kathy Gillespie woke up Saturday to discover vandals had splattered red paint on the walkways, carport and vehicle at their Pajarito Acres home.

“We discovered the vandalism at about 7 a.m. Saturday,” Milt Gillespie told the Los Alamos Daily Post. “It was done after dark on Friday. This was clearly done in response to our vocal opposition to the County water well drilling plan in Pajarito Acres and White Rock.”

On Thursday, Gillespie had participated in a County tour of the proposed water well drill sites that began at 5 p.m., followed by a four-hour meeting in the White Rock Town Hall. Some 50 residents attended the meeting in which Gillespie was among many who spoke against the plan, as he had done at two previous Utilities Board meetings.

“The police responded to our call, took pictures and our statement and looked around,” Gillespie said.

The paint was in streaks and splatters as though slung off a paint brush and in some places poured from a can, Gillespie said. Red paint was left on more than 200 feet of concrete driveway as well as on Gillespie’s carport, front porch and two flagstone walks. The hood and headlight of his vehicle also were splattered with red paint.

“I have lived in Los Alamos for 47 years, and in our present home for 44 years,” Gillespie said. “As far as I know, I have no enemies who would do such a thing. We are offering a $1,000 reward for information leading to the arrest and prosecution of whoever did this.”

The Gillespie home is 600 feet from one of the proposed drill sites and bounded on the south by the park through which the County proposes to build a road to the drill site. 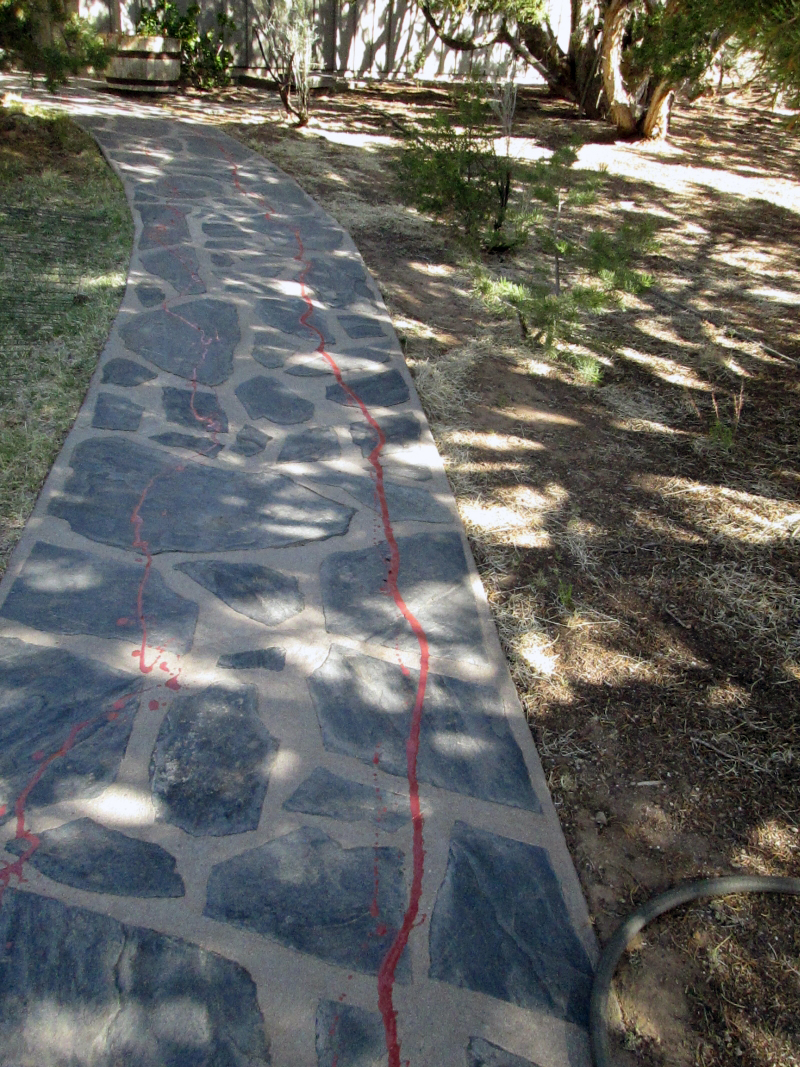 Red paint is splattered on two of the Gillespie’s flagstone walkways. Courtesy photo 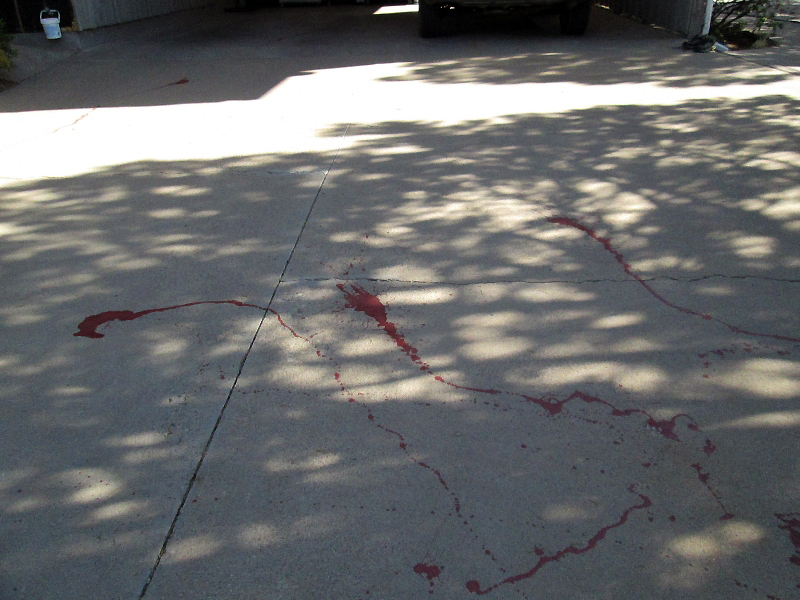